The biggest ‘women in AI conference’ ends on a cheerful note 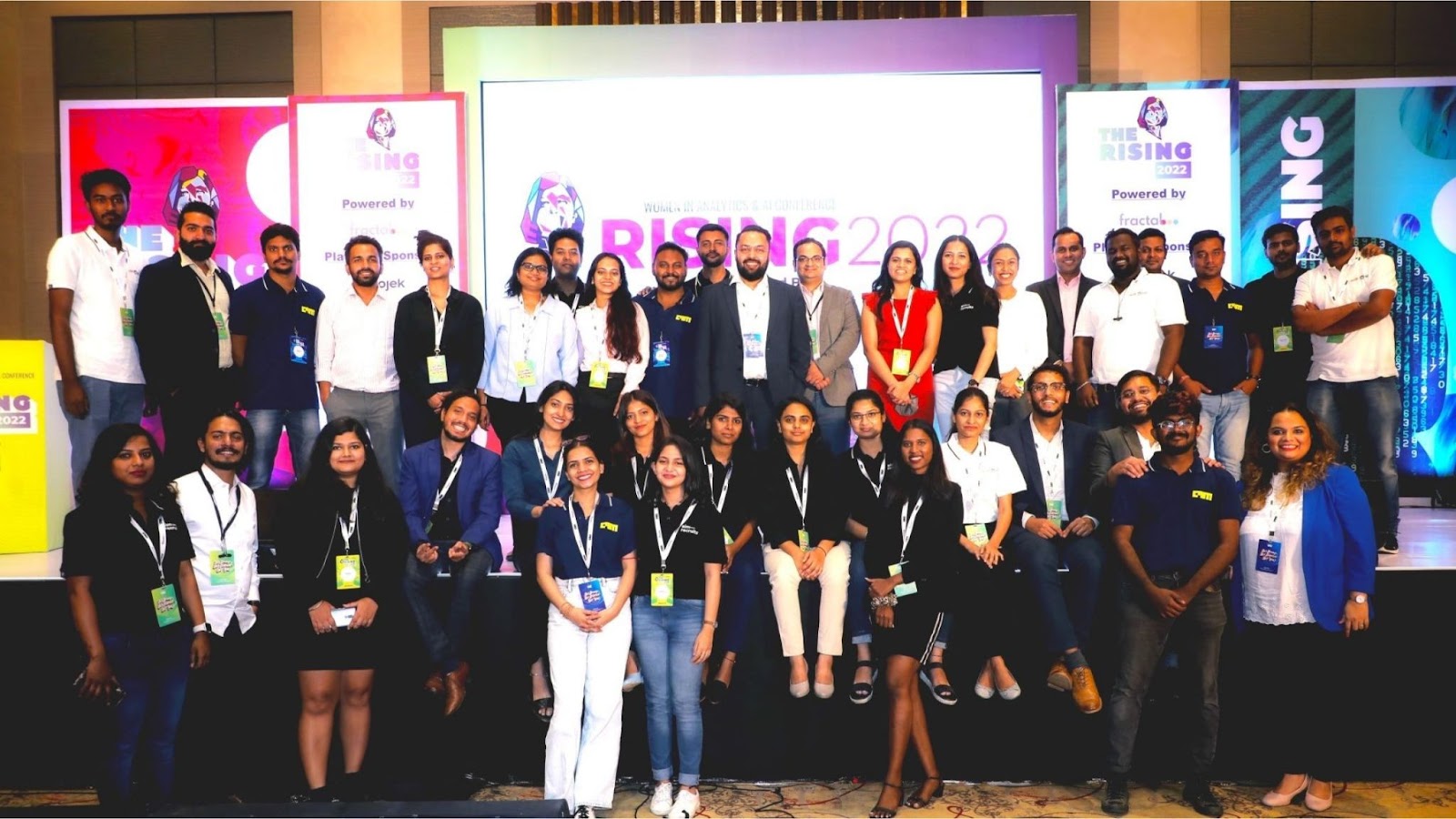 It’s a wrap. The biggest in-person Women in AI conference, The Rising 2022, held at Radisson Blu, Bengaluru, on April 8, 2022, ended on a cheerful note. But, the spirit of women, the epitome of strength and courage, will continue to inspire many lives in the times to come.

With ten keynotes and two panel-discussions, the event witnessed nearly 250+ participants from leading companies, startups, and institutions. The keynotes and panel discussions touched upon various topics, including diversity and inclusion, gender bias and diversity in AI, digital transformation, fraud detection, etc. Most importantly, the event offered a great networking opportunity for women in tech.

Key highlights of The Rising 2022

The opening keynote was unfolded by dunnhumby’s India head Manoj Madhusudanan, who threw light on the ‘Importance of Gender Diversity in AI‘ and spoke about the urgency of changing the dynamic and reshaping the narrative in both the workplace as well as the society to address the historical misstep that’s patriarchy.

The session received an overwhelming response from the audience. Pooja Bansal, data scientist at Think360.ai, took to Twitter with an interesting thought. She said unless we make hiring, promoting and retaining a diverse workforce a KPI for CEOs and CHROs, where their bonus depends on it, diversity would remain a goal for paper.

Following this, Sruthi Sekar, data scientist at Gojek, spoke on ‘ML-Driven Fraud Prevention Systems: Challenges and lessons learned.” In this session, she talked about the lessons learned from building an ML model to predicting fraudulent logins to hijack wallets. In addition to this, she also touched upon handling insufficient labels, data drift and selecting a sustainable model for monitoring metrics.

Next was Wipro’s Sandhya Arun. She gave a talk on ‘Digital Transformation & AI‘, where she spoke about how Wipro is leveraging AI to drive digital transformation. Today, Wipro has about 36.4 per cent women in its workforce. Also, the company has offered unconscious bias training to over 183,339 team members. “When I started my career, I wanted to be recognised as a professional rather than a woman. That was a mistake. There was no reason for me to hide my femininity,” said Arun.

Sonam Thakurani, VP – Technology at Ugam, shared on LinkedIn, saying that this was a resonating point for all women beginning their careers – the drive to be recognised as equally capable as our men counterparts. “Sandhya Ramachandran made a very valid point,” she added.

This session was followed by an energising keynote on ‘Preparing the inclusive workforce for the future in data and AI‘ by Abhishek Kumar and Parmjeet Virdi from Publicis Sapient. The duo chose to demonstrate the theme by appreciating on stage together instead of lip service. A lot of interesting insights were drawn from this session. For instance, Virdi explained how diversity is different from inclusion, alongside touching upon some of the frameworks and initiatives that the company has taken to make inclusion more natural and seamless.

Highlighting various biases and how we can tackle them, Kamakshi Anantharaman from Quantiphi’s talk on ‘1020:1000 and still biased?‘ was quite intriguing. She put the gender ratio under the microscope. More details about the presentation can be found here.

This was followed by a session on ‘AI for human empowerment‘ by Rakuten’s Lata Iyer. Her session touched base upon the leader’s role in standardising AI models going into production and more.

TheMathCompany’s Anjali Iyer presented the next session on ‘Women in data science and AI‘. In this session, she shared some of her personal experiences and talked about some of the hurdles she encountered along the way and algorithmic biases.

After this, Genpact’s Megha Sinha took the stage to present a talk on ‘MLOPs – the strategic move to actuate data insights.’ The session focused on defining the elements required by tech leaders to achieve product-ready, scalable AI solutions.

Following this was a talk on ‘Role of women technopreneurs in shaping the future of ads powered by augmented intelligence,’ presented by Gojek’s Rachita Pandya Shah. “If you know tech and you are a woman, then for me, you are a technopreneur,” said Shah.

Finally, coming to the end of the conference – Changing the Narrative For Women In Tech – was a key highlight. It was moderated by renowned journalist Barkha Dutt. The panel discussion revealed the puzzling exodus of women from the workforce after the pandemic hit, touching upon the struggles women face at home, in the workspace, and in careers. She also made a case for owning your gender in the workspace.

The panel discussion was followed by the Women in AI Leadership Awards, recognising and celebrating women in AI. The names of the winners can be viewed here. This was followed by a book signing event of Humans of Covid by Barkha Dutt.

Lastly, The Rising 2022 was wrapped by a standup act from Abijit Ganguly. He humoured the audience with his real-life stories, marriage life, and parents, touching upon relatable jokes of middle-class families in India and more.

Overall, the response to the event was spectacular. Sushma Divakar, external analytics consultant at Mercedes-Benz Research and Development India, said she felt amazing being a part of the event. Anushka Godha, lead data scientist at dunnhumby, said that the event gave her the opportunity to witness so many mind-stimulating discussions/presentations that happened throughout the day.

Analytics and management leader Sanjay Srivastava said we all need to come together and create a strong, vibrant tribe of women leaders. “As a jury member, I was very impressed with the stellar profile of all applicants. Heartiest congratulations to the winners!!! You are all role models, go nurture and mentor more like you!” he added.

If you liked attending The Rising 2022, make sure to check out our upcoming events and conferences: