8 Programming Languages That Will Pay The Best In 2019 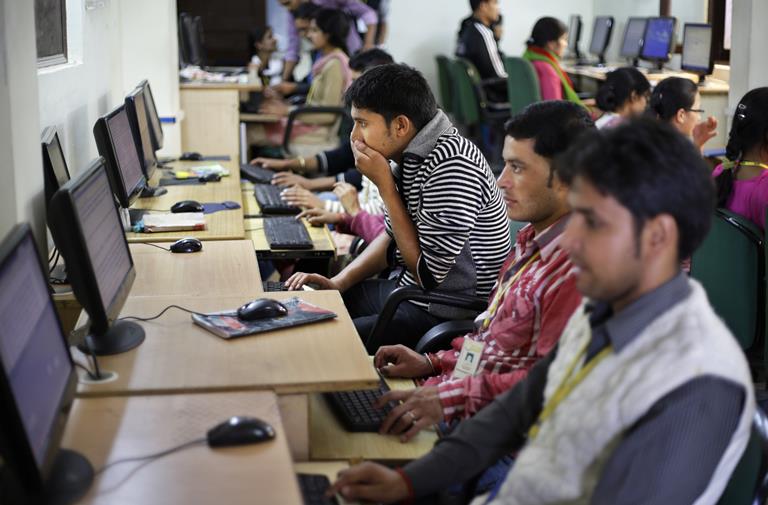 Here is a list of top 8 programming languages that will help you earn more in 2019:

Python is the most popular and demanding language in the job market. According to a survey by Analytics India Magazine, in 2018, 48% of respondents said that Python was the most important language to be learnt by a Data Scientist. In 2019, this sentiment is being clamoured, as almost 75% of the respondents are talking about the importance of Python in data science. The language which is scripted as opposed to compiled will continue to have the demand that it has today in the future. It is easy to learn and has an easy to understand syntax and official tutorials for beginners. It is free, open-sourced and has an easy integration with the web services. It is especially popular in data science and machine learning and also has a GUI-based desktop application.

Python users:  YouTube, Instagram, Pinterest, SurveyMonkey are all built in Python. World of Tanks, Inkscape, Civilization IV, Sims 4, Vegas Trike and Toontown are some of the video games for which Python has been used. It is also used for scientific and computational applications such as FreeCAD and Abacus. Many startups use Python as their primary backend stack.

Java, owned by Oracle Corporation, is the second most popular choice in large organisations and it has remained so for decades. It is used by a number of large organisations and is very widely used in Android App Development. Presently, there are more than 3 billion devices that are running applications that are built with the help of the language. Java is widely used for building enterprise-scale web applications, something that every organisation requires. Its policy of Write Once Run Anywhere (WORA) lets it be flexible to run on any platform and be portable across a wide range of platforms from mainframe data centers to smartphones. Java frameworks of Spring, Struts, and Hibernate are very popular.

Java users: Java is mostly used as a backend language in a number of websites like Amazon, Google, Twitter and YouTube. If you are looking for a development based job at a large organization deploys Java at large.

The object oriented language is most popular for interactive effects within the browsers. It is most popularly used to design interactive frontend applications. According to GitHub, it is the most popular language. It is a frontend language and is used in a number of popular web frameworks such as AngularJS, Node.js as well as React.js. It has a rich interfaces versatility and a single programming language for server side and client side scripts can be used with this language. Typescript is considered as a superset of JavaScript and it adds optional static typing features to the language software.

JavaScript users: Many startups are using NodeJS which is a JavaScript-based run-time environment. Majority of websites today use JS as their frontend, some popular examples of which are YouTube, Facebook, Google, Wikipedia and Amazon.

Developed by Apple in 2014, is the most popular language for mobile platforms and was originally intended to be the replacement to C-based languages. It supports almost everything that is ranging from the programming language to the Objective-C. It was developed for usage in Linux and Mac applications. It is mainly used to keep the mobile apps in iOS-based devices as modern as possible. It mostly works towards safety performance and software design patterns. It helps the developer mistakes to be caught before the software goes into production. It also has a clean syntax and can be easily used with the IBM Swift Sandbox and the IBM Bluemix.

Swift users: App studios such as KeepSafe and Solstice need Swift coders. It is used in a number of iOS apps such as Mozilla Firefox, WordPress, SoundCloud and Flappy Bird game. Both Lyft and IBM use Swift instead of Objective-C. Those who want to serve the Apple community should learn Swift.

PHP programmers can embed the code written in server-side programming language flawlessly into HTML code throughout the Script tag. It plays a key role in web programming and server side scripting. It is equipped with a number of tools making it more efficient. These tools are used in the development by adding useful features and functionalities to the web application and carry on web development tasks without writing prolonged and composite code. It has an extensive range of open-source framework for the developers to choose from, some of which fall in the categories of full-stack web frameworks, while others are micro frameworks. Although not as popular as Python and JavaScript, PHP developers are still needed in large numbers.

PHP users: WordPress, Wikipedia and Yahoo heavily use PHP and has helped its popularity as a web language. Developers often use it for transferring databases or using SQL.

The OOP language is very much in high demand, especially for startups. It supports in the procedural and functional programming notation and is very easy to use. It is a general-purpose scripting language so it is used in web applications, web servers, system utilities, database work and backups. The web-application framework which is implemented in Ruby is called as Ruby on Rails or RoR.

Ruby users: Airbnb, CrunchBase, GitHub are some of the popular platforms that use Ruby.

Created by Microsoft, C# is widely used for backend programming. It is considered to be one of the most powerful programming languages in the Dot NET framework. It takes the help from an integrated development environment product that is Microsoft Visual C++ and is hence a popular choice for applications that are based on Windows, Android and iOS. The language is also widely used for building games (using Unity), building Window mobile phone apps and lots of other use cases.

C# users: Major companies like Accenture, Infosys, Netflix, Capital One need C# developers. The C# is used in a number of backend operations of many popular websites such as Dell, Bing, Visual Studio and Market Watch.

The language made by Google supports for multithreading at large and is hence used by a lot of companies that rely heavily on distributed systems. It has goroutines instead of threads which consume almost 2KB memory from the heap. It provides a high performance like C/C++ and has efficient concurrency handling like Java.

GoLang users: Go is widely used in startups in Silicon Valley. Some of the Indian companies that use the language are Jabong and Razorpay. The core Go team works at Google. Google – the core Go team work at Google. Most uses of Go at Google are confidential. The YouTube team have released their MySQL scaling infrastructure as open source software.