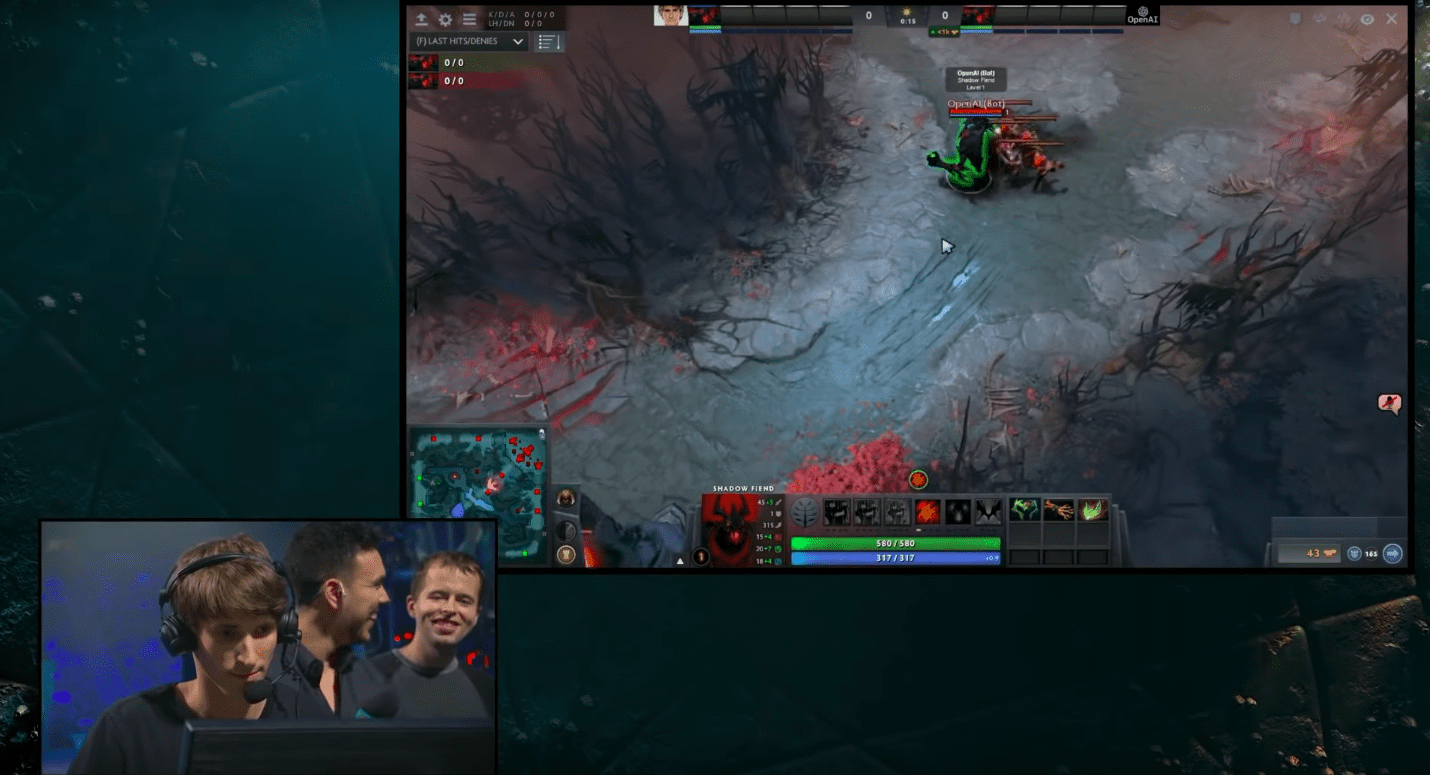 OpenAI Five, the Dota 2 team (of bots) played against semi-professional players who were reportedly ranked in the 99.95th percentile in the world. To everyone’s awe, the bots beat the human players, which included former Dota 2 professionals, 2-1 in a set of three games.

In a three-game series, OpenAI Five won the first two games comprehensively. In the final game, the OpenAI team let the audience select their team of five heroes when it lost to the human team.

Exciting match today! OpenAI Five won first 2 games, and humans won 1 with the audience picking the draft in favor of the humans. Thank you to our fantastic Team Human!

This is not the first time an AI has managed to beat humans in any game. Google’s DeepMind lab also made a tentative step towards general AI with AlphaGo Zero. As reported earlier by Analytics India Magazine, it started from random play, and was given no domain knowledge except the game rules. Even the, AlphaZero achieved a superhuman level of play in the games of chess, shogi and Go within 24 hours. It also convincingly defeated a world-champion program in each case.

OpenAI Five has been working towards their goal of competing against the best pro team at The International which is the largest annual Dota tournament in the world. This year’s event is set to take place between 20-25 August in Vancouver.