Are Big Techs The Next Big Banks? 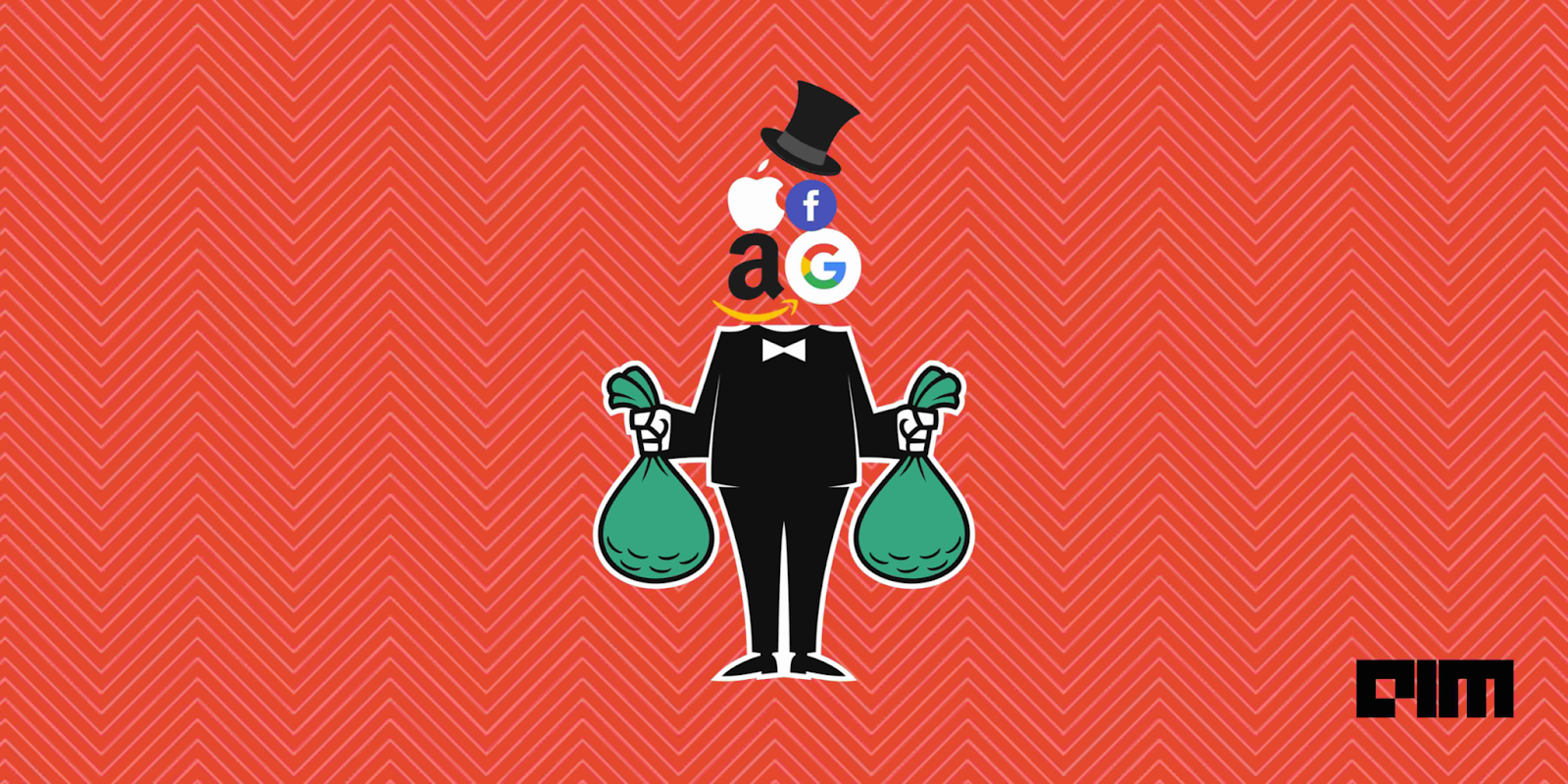 Finance looks very different today. While we continue to have our big safe ‘legacy’ banks, we are also increasingly using other platforms for our financial needs. Some household examples of this are Google Pay and Whatsapp Business. This brings us to the question- is Big tech trying to be the next Big Bank?

According to a CB Insights report, Big tech’s investment in fintech companies was around $2.2 billion last year. A couple of elements are driving big tech activities in fintech. Firstly, as Application Programming Interfaces (API) make it simpler to embed banking services into any product, new avenues to fintech possibilities are forged. Adding to this is the growing demand for fintech companies, which raised $22.8 billion in the first quarter of 2021—a 98 percent increase from the previous quarter. The third advantage tech giants entail their economies of scale. Tech giants– Facebook, Apple, Google and Amazon– already have a massive active user base to use for higher adoption for financial services offerings. Finally, tech giants are also privy to consumer user data, which they can analyse to curate financial products that suit these consumers.

Today, we take a look at how big tech has contributed to fintech.

Facebook aims to consolidate payment strategies across its different apps– Messenger, Instagram and Whatsapp. The social media giant formed a new division– Facebook Financial (F2), to build a payment strategy across Facebook, Instagram, Whatsapp, and Portal. The company has further launched Facebook Pay, a secure payment system for its applications. Facebook Pay allows users to purchase goods and donate money on Facebook or Instagram apps without leaving the app. Whatsapp has, in addition, started a P2P money transfer service in India and Brazil– both countries with the highest Whatsapp userbase.

Speaking of India, the country is currently undergoing a digital payments boom to diversify online payment methods, attracting many tech giants. For instance, Amazon is looking to capitalise on a share of India’s digital payments market through Amazon Pay. It entered the Indian fintech market in 2016 with the Amazon Pay e-wallet. Since then, the e-commerce giant has identified additional fintech opportunities in India and has made several advancements by partnering with ICICI Bank to issue credit cards; becoming a part of the Indian government’s payment network through the Amazon Pay UPI; launching services to tap into India’s severely under-tapped insurance industry. Additionally, Amazon Pay has also launched a digital gold investment service that allows users to buy gold for as little as five rupees.

Another critical player in the digital payments segment is Apple. It may soon introduce phone-to-phone transactions. Last year, the big tech company acquired Mobeewave, a Canada-based payments startup, for $100 million. Mobeewave allows shoppers to tap their credit cards or smartphones on another phone to process payments. The system works through an app and does not require any hardware beyond a Near Field Communications (NFC) chip, which has been a part of iPhones since 2014. Thus, this merger allows Apple Pay to offer quick payments and transfers without needing another app or media.

According to Deutsche Bank, the revenue opportunity of launching shops across Facebook and Instagram is estimated to be $30 billion.

Facebook shops allow retailers to upload product catalogues and sell them on Facebook’s apps straightforwardly. Customers can also easily browse through Facebook or Instagram business pages or profiles to purchase products and use Facebook Pay to make payments. Instagram’s 30 million amateur creators and around 500 thousand professional ones are a significant force driving this boost. Additionally, Instagram is already the go-to app to connect with these brands and creators, and 90 percent of all Instagram users already follow such business or ‘influencing’ accounts.

Google has also amplified its e-commerce initiatives by announcing a partnership with Canadian multinational e-commerce company Shopify. This partnership will allow merchants to feature their products across Google on Search, Maps, Images, Lens and YouTube. Thus, instead of using Google to search for other e-commerce platforms, customers can find and buy products from Google itself. The tool places Google in direct competition with Amazon.

Additionally, Google has also launched new e-commerce tools to enhance shopping experiences for its customers. Google’s Shopping Graph is one of them. It is an artificial intelligence (AI) powered tool to compile information from websites, reviews, videos, and product data to bring relevant insights and listings to customers shopping on Google. The feature allows users to find products from screenshots on Google Photos. It does so by analysing the image using Google Lens and returning the search results. Given Google’s status, the tech giant can leverage its customer base for marketing e-commerce tools and services.

Back in the day, Amazon.com was a humble online bookstore. Today, many discuss and sometimes fear the rise of the Bank of Amazon. As controversial as it might be, many believe Amazon is building a bank for itself by taking the core components of modern banking— deposits, credit cards, loans, insurance (on Amazon Protect)—and modifying them to suit its merchants and customers. Such diversification ultimately allows Amazon to satisfy its final objective– to increase participation in the Amazon ecosystem. Amazon also lends money to small and medium businesses (SMBs) via Amazon Lending.

In July 2020, Amazon partnered with Goldman Sachs’ online consumer bank, Marcus, to issue loans of up to $1 million to USA-based SMBs. The partnership will allow Goldman Sachs to use data from Amazon’s business revenue and tenure to determine loan approvals and improve its lending models. While Amazon does not intend on becoming a public bank anytime soon, its plans to enter into banking looms.

Other big tech companies have also made substantial breakthroughs in banking. Google, for one, has entered the $470 billion remittance market through partnerships with Wise and Western Union. This integration will allow Google Pay users in the US to send money to users in Singapore and India. By the end of 2021, Google intends to enable US-based users to send money to more than 200 countries through Western Union and more than 80 countries through Wise.

Apple has also launched an Apple Card Family option, allowing two or more people to co-own an Apple Card. This would enable parents to share cards with their children (aged 13 and above) and set spending limits for them. Finally, Facebook’s dabble in cryptocurrency seems to finally be actualising, with its currency Diem (formerly known as Libra) being expected to launch this year. Silvergate Bank will be the exclusive issuer of the Diem USD stablecoin.

Thus, we see how big tech companies are breaking into fintech and how many are doing so through partnerships. Such partnerships allow both tech giants and legacy banks to attract loyal customers and will be mutually beneficial. Still, these in-house financial offerings from big tech can pose a significant threat to legacy banks, who might find themselves getting sidelined as finance, commerce and banking become increasingly digital. Of course, only the future will tell us what exactly becomes of the financial system as we know it, but for now- big tech is far from done with fintech.