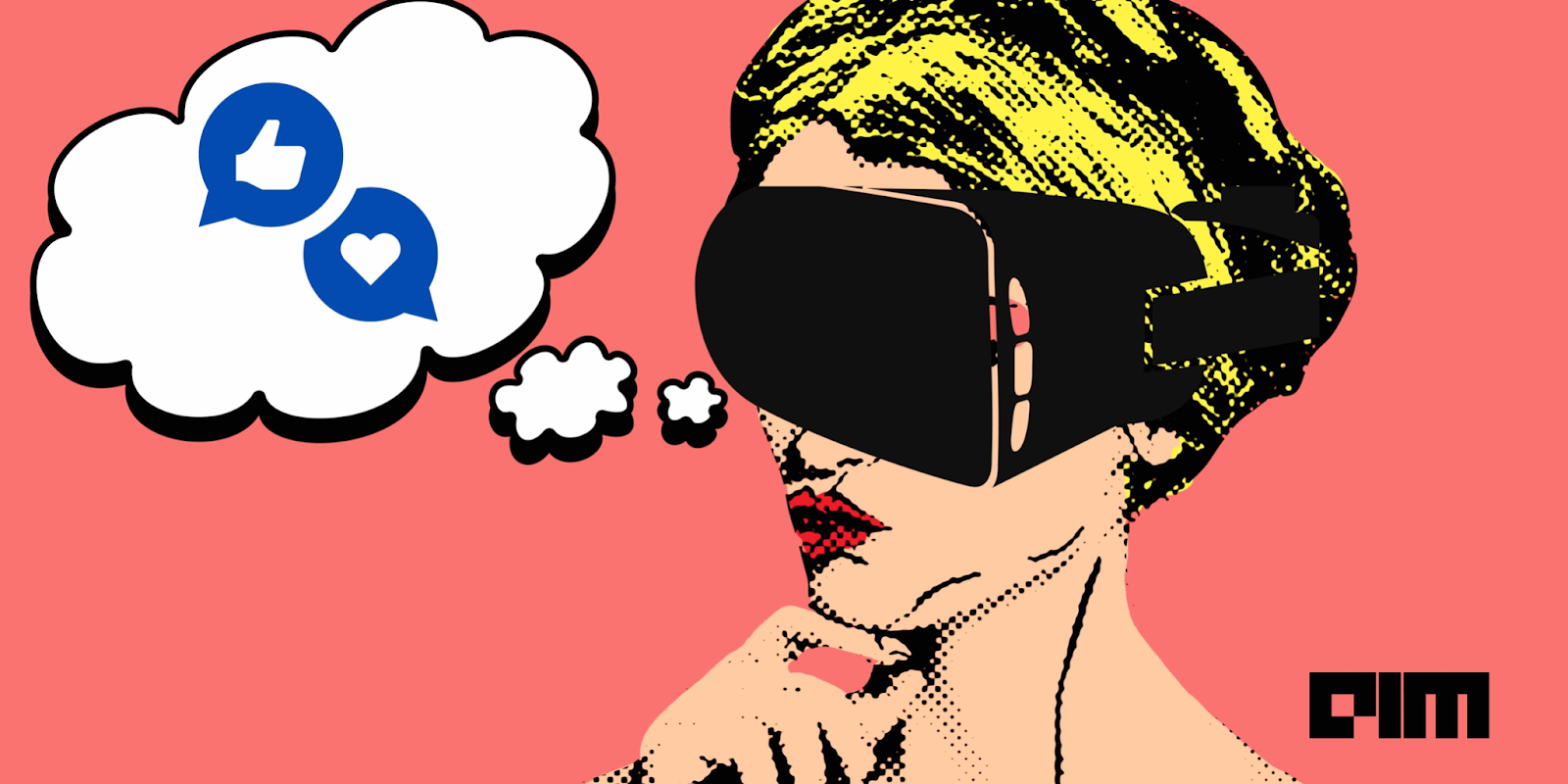 In 2019, Wendy’s, a popular fast-food chain, decided to leverage virtual reality (VR) technology as a marketing tool. First, the restaurant chain created an avatar on the popular VR-powered game Fortnite. Then, it launched a Twitch stream where this avatar broke into restaurants and destroyed freezers—reminding audiences of its constant efforts to only serve ‘Fresh, Never Frozen’. The campaign boosted Wendy’s social media mentions by 119 per cent and reminded advertisers everywhere not to discount VR.

According to MarketWatch, the global Augmented Reality (AR) and VR market size was expected to grow at a CAGR of 73.3 percent between 2018 and 2025. It is further expected to cross $767.67 billion by 2025. Given this, it makes perfect sense for people to target the technology for reasons like marketing. Many advertisers have gone beyond Wendy’s simple campaign by integrating advertisements within VR apps. A significant participant entering this party now is none other than Facebook.

Facebook currently dominates consumer VR with its Oculus Quest 2 headset and has recently announced that it will soon begin testing in-headset VR ads inside Oculus Quest apps. The Silicon Valley tech giant has been using limited Oculus data to target advertising on its social media platform since 2019 and began advertising on Oculus’ mobile app in May 2021.

Still, this testing will be Facebook’s first venture into bringing ads within the Oculus VR platform. Following testing, Facebook will expand the system and create a ‘self-sustaining platform’ for VR development. To fulfil its aspiration of becoming a self-sufficient platform, Facebook needs to bring in ads and figure profitable business options. As per Oculus’ blog post, “It also helps us continue to make innovative AR/VR hardware accessible to more people.”

So, how does this work?

The above picture shows how users can view an advert for Jasper’s Market. The VR tool will then allow them to click this ad and either open it or save the link (which will enable them to view it later in the mobile app’s Explore section). Opting to open the link will launch a landing page in Oculus Quest’s web browser. The blog post has also reported that Oculus’ ads will follow Facebook’s advertising principles which it claims are to ‘build for people first.’ Doing so entails maintaining relevance and quality, for which the platform will be including controls to hide particular ads or hide ads from specific advertisers. Users will see this in the familiar ‘Why am I seeing this ad?’ format, and Facebook says that it will continue to listen to feedback to better the ads people see.

The system will also utilise information from a user’s Facebook profile. Facebook shared last year that it will require new headset owners to open a Facebook account to activate their VR devices—a decision that sparked a great deal of backlash. Along with this, the new advertising algorithm will also observe whether the user has viewed content, installed, activated, purchased or subscribed to an Oculus app. It will also see whether someone has viewed or clicked on an ad within third-party apps.

Oculus VR was founded in California in 2012 and was acquired by Facebook in 2014. Many believe the addition of advertising within Oculus Quest marks another move that signals that Oculus hardware is further integrating with Facebook. While many are not surprised at this decision, they are concerned about the Big Tech’s rapid involvement in advertising and technologies such as VR.

When it comes to privacy and tracking users, Facebook has had a questionable background. Making things worse is the amount of information that Oculus Quest’s headsets know about their users. They capture clear head and hand motions, and they require photographs of one’s surroundings via tracking cameras and microphone audio. Future innovations enabling more accurate metrics in VR may also make eye tracking necessary. That is a lot of biometric data.

The earlier mentioned blog post has attempted to assuage these concerns by ensuring that the platform will not use information processed and stored locally on headsets to target ads. It also states that data processed on the device, including raw images from Quest’s sensors, do not leave the headset or reach Facebook’s servers. In addition, Facebook had mentioned that it would not use the content of conversations users have on apps such as Messenger or users’ voice interactions—such as voice-command features within Oculus Quest— to target ads. Despite this, fears of Facebook being increasingly inclined towards using such sensitive data for advertising remains as it dives deeper into VR.

These ads will be based on the data available at one’s Facebook profile (and now every user will have one). So how will Facebook’s plan shape up with the rise in debate and aversion to such personalised and potentially invasive ad targeting?

Facebook claims that it has no shady master plan and will continue to work with the help of the feedback Oculus receives regarding the VR ads. Still, criticism has led to Facebook losing out on Resolution Games, which was supposed to test Facebook’s ads in their game Blaston. Fans of Blaston were not happy about the decision to bring advertisements to a game they paid money for, leading to Resolution Games backing out of the testing process. However, resolution Games had mentioned that it may still test the ads in a free title instead of a paid one.

Only time will tell how effective—both in terms of usefulness and privacy—Facebook’s foray into VR advertising will be. Facebook said the first advertisement would look like standard boxes within game interfaces, but going ahead will continue to explore other options. Facebook is now investing in unobtrusive ads as a new way for developers to build businesses. Despite the doubts, the move clarifies that systems such as Oculus are paving the way to push consumer VR towards being truly mainstream—which makes the integration of advertising into it a notable albeit slightly controversial innovation.