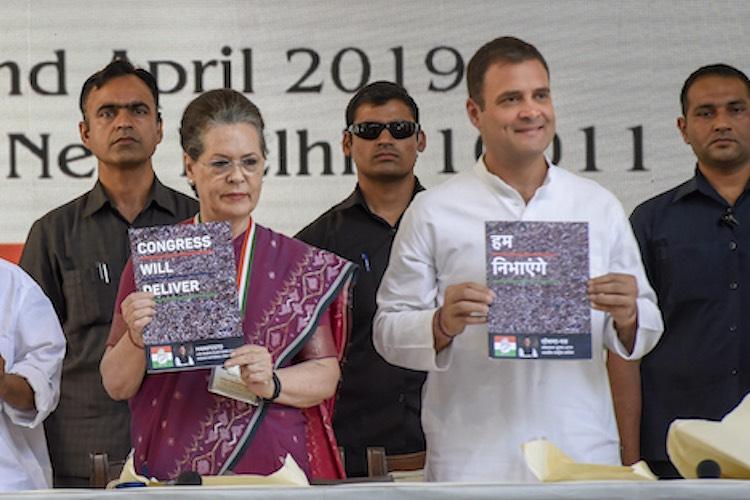 The 2019 General Election has just begun and the country in India. Eyeing the large vote share, Congress was one among the main political outfit to release their manifesto for 2019 and the party has taken considerable steps to ensure comprehensive and all-rounded development.

As debate around data privacy and protection takes centre-stage across India, the party has laid down special focus on data privacy with one of their main pitches being voluntary clause for Aadhaar, while ensuring that the unique identification cards’ use will be restricted to availing subsidies, benefits and services provided by the government, as originally intended by the UPA government . “Congress also promises that having regard to the inherent limitations of biometric identification, alternate instruments of identification will be allowed under the law,” the manifesto points out.

Digital rights for citizens is another key area which has received a strong foundation in the manifesto. Some of them include:

The Congress’s 2019 manifesto has given higher importance for the promotion of science and technology in India and has highlighted key pointers that would be undertaken by the party to oversee development in the field.

Congress has stated that they would start a new national mission to promote sunrise technologies, which include Big Data, Machine Learning, Internet of Things, 3-D Printing and Manufacturing, and Knowledge Networks. In order to produce more quality data scientist, the party also stated that it will set up an exclusive National Data Science Institute with adequate funding and human resources to train and produce world-class Data Scientists.

The party’s move to make government department publish all non-private data sets open data will be added development to scores of startups and other solutions providers working in the field of emerging tech. This they said will be helpful for citizens to access public data without having to file RTI requests.

Along with setting up of various institutes to promote emerging tech, it stated that various funds and policies changes will be incorporated to bolster STEM development in the country. Other major recommendations made by the party include

Will it be effective

Though the Congress has brought out a notable election manifesto, it is going to be a close competition with regional parties and its members switching allegiances. As of now, there is no clear winner that could be pointed out as it is anyone’s game.

Even though the manifesto has looked into all the major aspects of technology and science-related topics, the party will have to ensure that they work on the plan. Under the present NDA government, technology and all the major stakeholders associated with it have received great leverage and had made sure that the government incorporate these technologies into their daily operations. If the UPA comes into power, the need for the party to actively work on the manifesto and ensure technology has to be part of everything that they do, so as to ensure better governance.

Day In A Life Of: A Samsung Pay Product Manager Who Has A Goal-Based Approach To Balance The Scales At Work