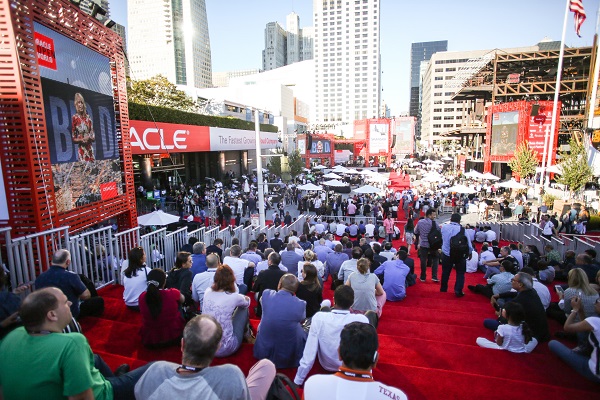 During the latest edition of Oracle OpenWorld, database goliath again maintained the emphasis on Autonomous Database that automates the administration, fixing, and security procedures by utilizing machine learning. The database offers better security highlights compared with other cloud suppliers, said Oracle featuring the ongoing Capital One breach where 100 million clients got affected because of an execution error. Oracle’s CTO Larry Ellison asserted the break wouldn’t have happened if the database belonged with Oracle rather than AWS.

“In the Oracle Autonomous Cloud, when you use the Oracle Autonomous Database, it configures itself. It’s not possible for customers to make configuration errors because there are no pilots to make errors. The system configures itself.” That meant that when the Spectre and Meltdown bugs were patched for security, Oracle was able to roll out 150 million patches to the 1.5 million processor cores in its data centres in four hours, with no downtime, Ellison stated in the event.

The company’s CTO said it will keep new features to Oracle database to make it a single converged database that handles all data types, including IoT applications in future. “We have all the capabilities in one database. Amazon has a separate database for all of this and that creates a bunch of problems. Each database has a fragment of your data. You have to have experts to maintain these databases,” said Larry Ellison.

Oracle also announced a feature which lets blockchain integration directly into the database. By having a cryptographic chain of data, oracle database has rows linked together to create an immutable ledger. According to Oracle, this offers better data trust and security for the Oracle database for developers. “Users and tenants can sign those cryptographic chains and validate the data to detect any kind of fraud,” according to Ellison. The update would also let blockchain tables to query and run transactions with other non-blockchain tables as well. The update is similar to Amazon’s QLDB, another database with blockchain like features for data immutability.

Exadata is a composite database server machine that utilizes Oracle database programming and the equipment server hardware created by Sun Microsystems. In a noteworthy update to Exadata this year, Oracle exhibited another equipment innovation as a piece of its framework — the Oracle Exadata Database Machine X8M, giving the Oracle Database the capacity to directly access data put away in Intel Optane DC Persistent Memory at 100 gigabits per second remote direct memory access (RDMA) network card. Oracle said the new capability will help with getting rid of any capacity issues that organizations may have for increasingly data-intensive applications. Oracle said the speed is quicker than flash storage, with ten times the input-output speed compared to the previous Exadata release.

Oracle Exadata X8M is intended for increasing the speed of Oracle’s database applications for analytics, high volume transactions in connected devices and other and other data-intensive workloads at hand, thus complementing the automation aspect of the database further.

Oracle needs to contend with Google and Amazon for Digital Assistants, especially in the endeavour where such applications can enable associations to get help crosswise over various capacities. Toward this path, Oracle has disclosed Digital Assistants over the entirety of its Oracle Cloud Applications. The organization says AI-prepared endeavour abilities of the Oracle Assistant makes voice and client collaborations smooth by handling complex inquiries and getting insight from all accessible applications, for example, ERP, CRM and HR frameworks to react in the context of the query made.

Vishal Chawla is a senior tech journalist at Analytics India Magazine (AIM) and writes on the latest in the world of analytics, AI and other emerging technologies. Previously, he worked as a senior correspondent for IDG CIO and ComputerWorld. Reach out to Vishal on Twitter @_vishalchawla