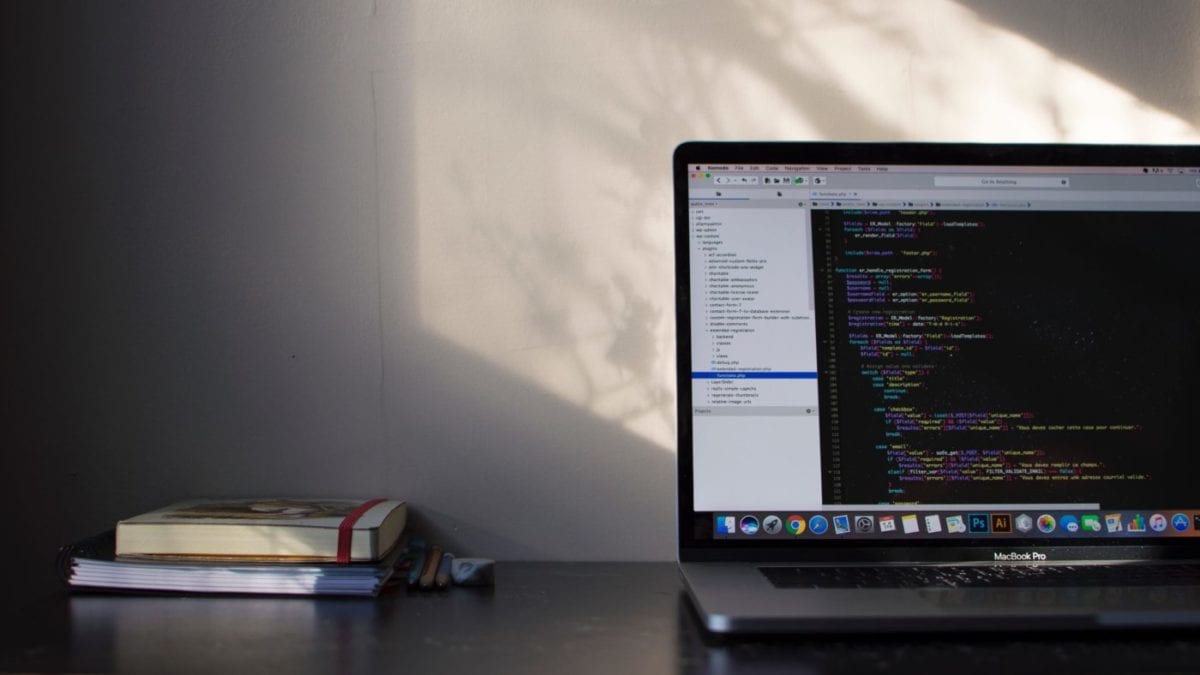 NumPy, which stands for Numerical Python, is a fundamental library for mathematical computations. This library can be used for different functions in Linear algebra, Matrix computations, Fourier Transforms etc. In Python, array.array function is limited to only one dimension which can be substituted with NumPy for multi dimensional operations. One can compute the multidimensional array functions like the figure below, 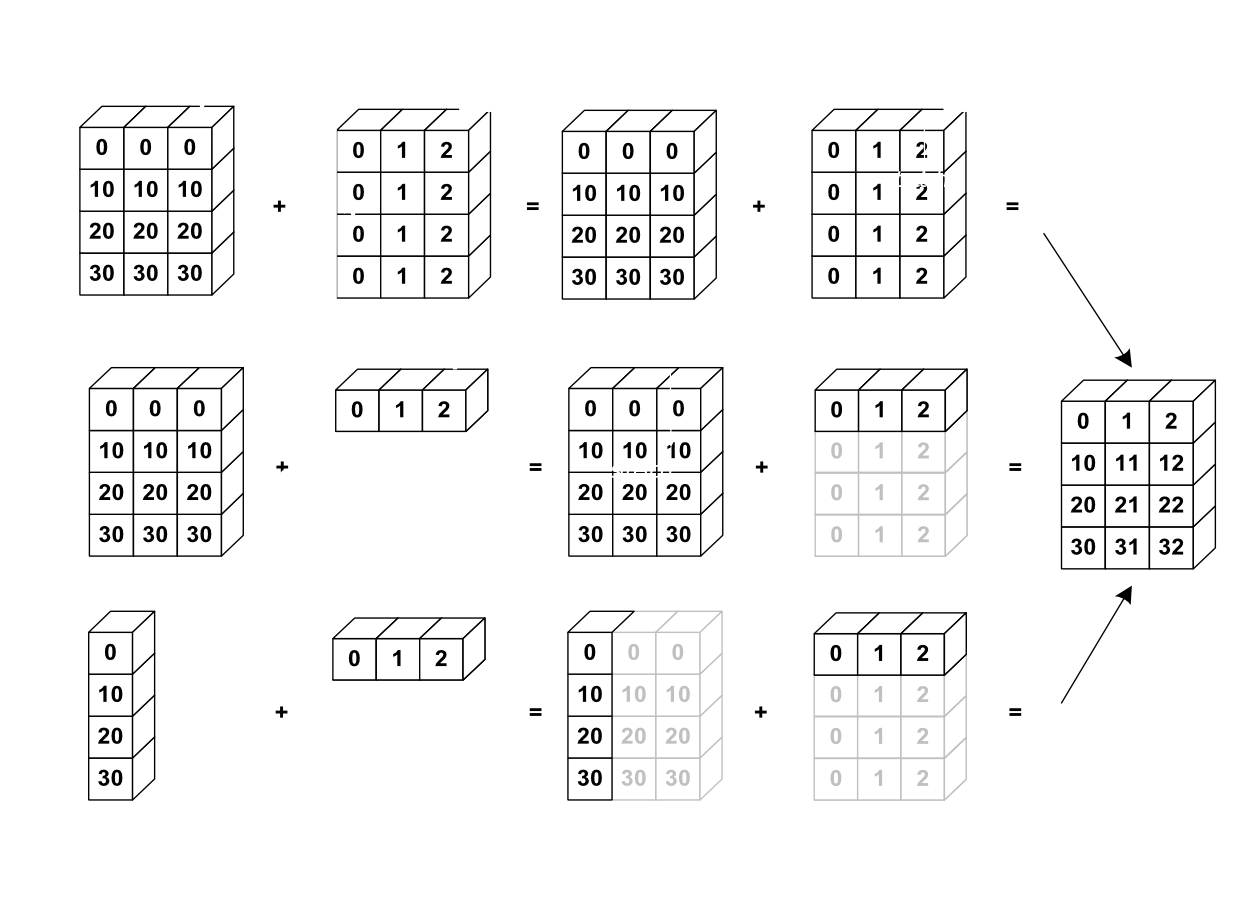 In this article we will go through some of the important built-in function of NumPy to understand the logic and mathematics behind it. By using NumPy, you can speed up your workflow, and interface with other packages in the Python ecosystem, like scikit-learn, that use NumPy under the hood. Let us dive into computing the math behind these.

An array is a set of elements of a data type. The shape of the NumPy array can be defined with an enclosed tuple of positive integers. The order of a NumPy array is given by the dimensions. We can index and slice a particular element from the array, and initialize an array with square brackets like below, 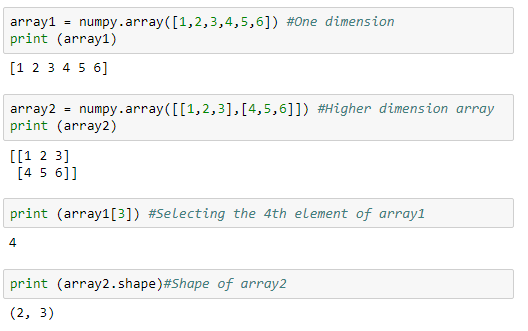 Like Python lists, the Numpy array can be indexed and sliced with the right number of parameters. It can be done as described below, 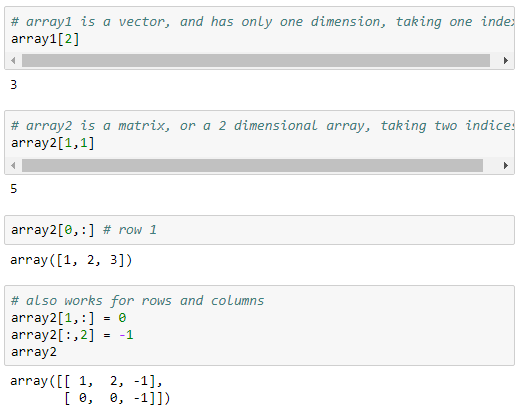 Index slicing is as it sounds, slicing one or multi dimensional array into different subsets like below example, 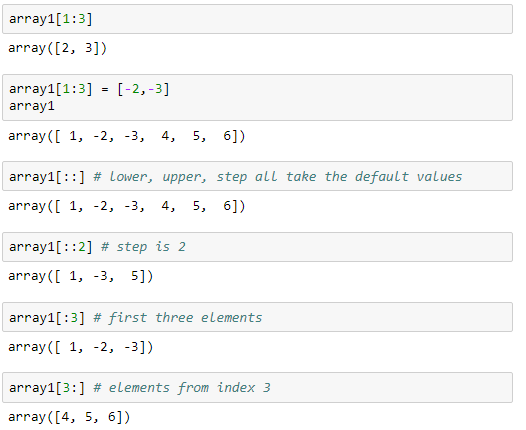 With the use of negative numbers, we can compute the functions in the reverse order like the example below,

Let us consider a multi-dimensional array and try to slice it.

We can implement the following code to slice it, 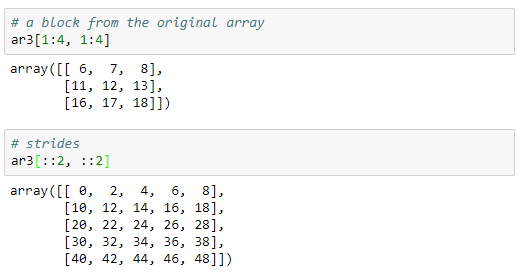 After these steps, matrix multiplication is important, which can be done in two ways. We can either use the dot function, which applies a matrix-matrix, matrix-vector, or inner vector multiplication to its two arguments: 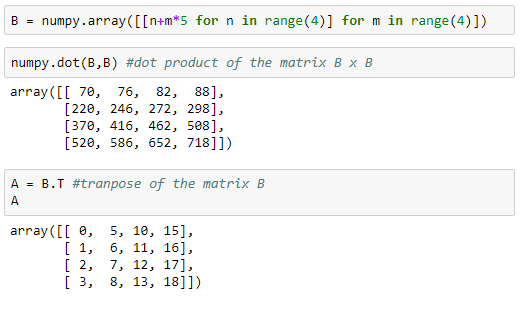 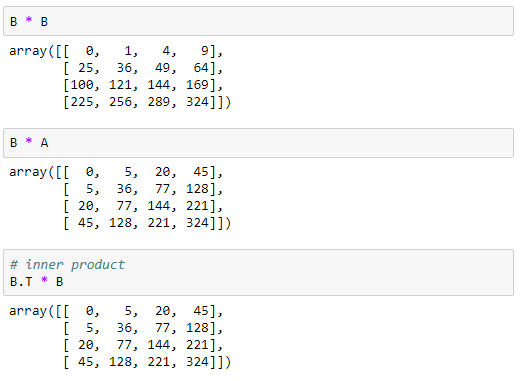 Functions such as finding the inverse of a matrix and determinant of a matrix can also be done with NumPy like below, 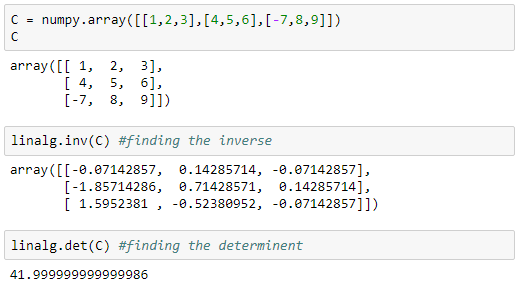 Most of the times it is useful to store datasets in NumPy arrays. It provides a number of functions to calculate statistics of datasets in arrays. Let us calculate some properties of the matrix B, 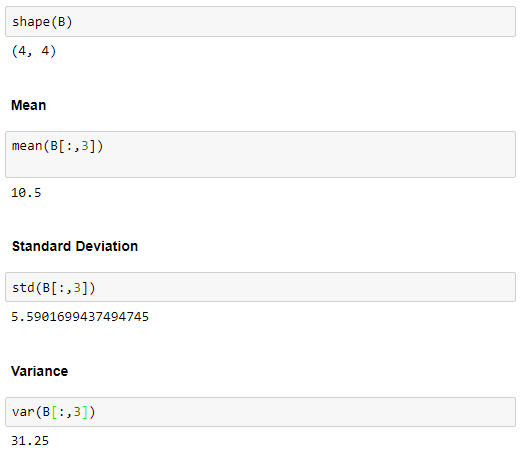 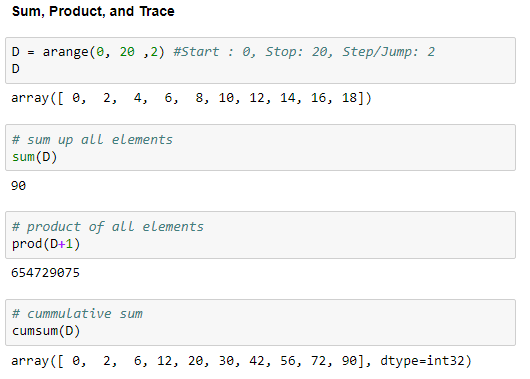