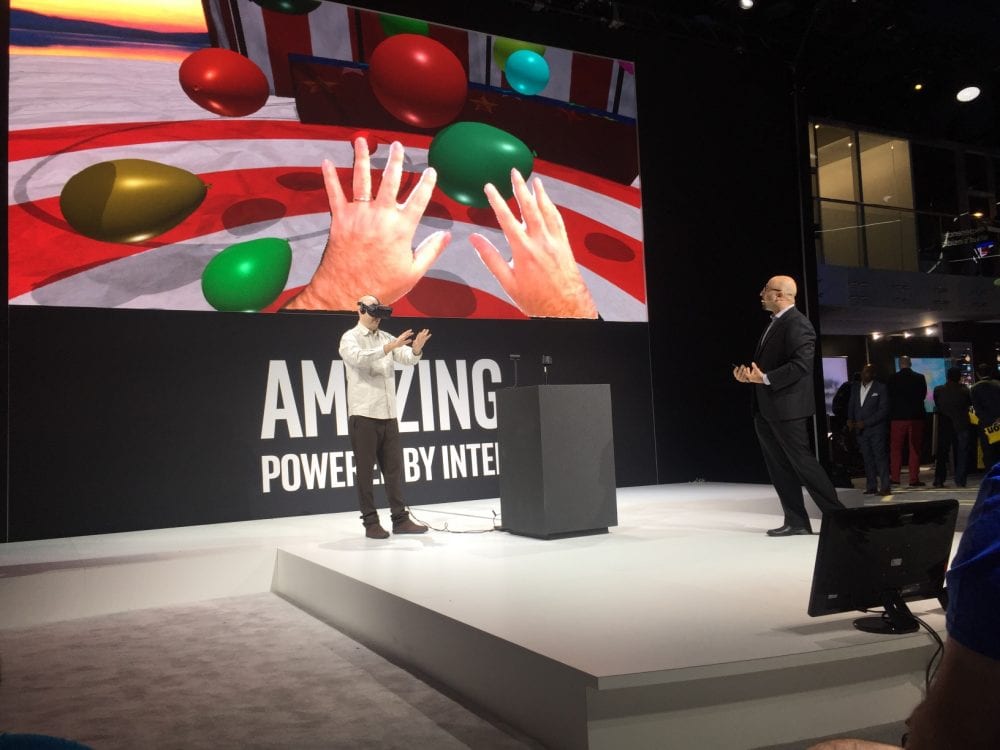 The 50th anniversary show of CES 2017 recently concluded in Las Vegas made virtual a reality with a host of advances powered by chip maker Intel, that is making a slow transition to virtual reality, a key growth sector for the technology giant. And it wasn’t just transformative VR experiences, Intel’s booth unveiled many analytics tools tailored around fitness and even tech powered autonomous cars. Analytics India Magazine lists down everything that happened around data and analytics at the popular tech show.

CES 2017 was all about Virtual Reality

Virtual reality was a dominant theme at CES 2017 held in Las Vegas where headset donning attendees enjoying immersive reality were a common picture.  And the company that’s pushing the boundaries of VR as an entertainment and gaming medium is Intel. The world’s most famous chip maker unveiled advances in VR — live streaming, volumetric capture and a relatively new technology “merged reality, in collaboration with HypeVR, a computer vision company.  As tweeted by Intel, “with virtual reality, you can jump out of a plane w/o ever leaving the ground”. True to the statement, attendees at CES 2017 skydived in the rugged mountains of Utah and soaked in idyllic settings in Vietnam.

It wasn’t all gaming, Intel also unveiled Project Alloy  headset that enables people to use their own hands instead of controllers for handling virtual objects. Intel CEO Brian Krzanich emphasized how “merged reality,” allows one to interact with the virtual world without removing real surroundings. The Project Alloy headset, factors in the environment into the viewing experience and is not tethered to the PC or mobile.

Another area where Intel made headway was in art through Pikazo app that is powered by neural style transfer algorithms. The artificial intelligence powered app can combine any two images into a work of art. Analytics in Sports: It’s pegged as “the computer the size of a button” but Intel Curie module, embedded in a sweatband can deliver tons of data, ranging from jump length, height to dunk power and dribbling frequency. From reshaping sports engagements to connecting with fans on a variety of platforms, CES 2017 acknowledged how data and analytics can play a big in maximizing the performance of athletes.

Another sector where analytics made headway was in personalizing travel experiences. Miami based Carnival Cruise CEO Arnold Donald who gave the first keynote address at the 50th show, announced OCEAN — the One Cruise Experience Access Network, and developed in collaboration with Accenture. OCEAN entails an interactive guest-experience platform, aimed at personalization and improving the holiday experience for travelers. At the heart of OCEAN, are a clutch of advanced capabilities such as machine learning, streaming analytics and contextual awareness. The advanced technology platform is aimed at customizing personal experiences around individual taste and preferences. It’s like having a digital concierge.