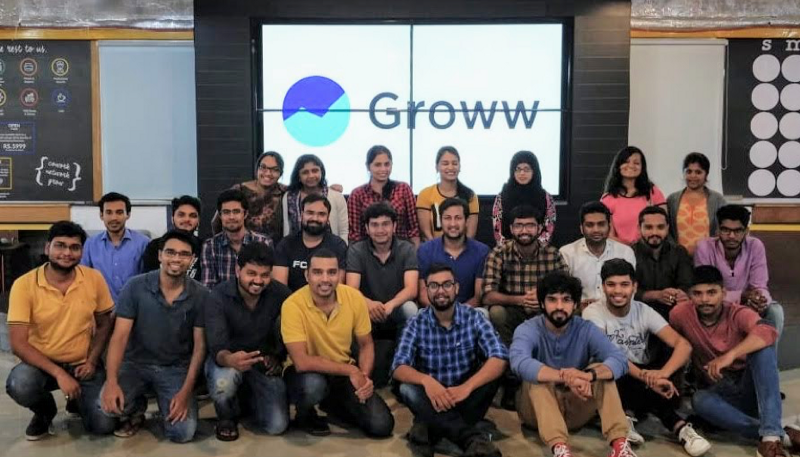 Deep Dive: How NestAway Is Tackling The Unregulated Indian Rental Market With A Data-Driven Vision Groww, a data science-based investment platform has raised $6.2 million in Series A round of funding through Sequoia Capital. Y Combinator, Propel Venture Partners and Kauffman Fellows also participated in the round.

According to the company’s statement, the funds will be used to build its technology platform to scale up and introduce new investment options such as stocks as well to launch newer products that will offer high-quality investment options to the young, upwardly mobile generation,

According to Ashish Agrawal, Principal, Sequoia Capital India Advisors, the company is currently witnessing strong growth in the Indian investor base which is fuelling the market need for a better and inexpensive investment platform like Groww.

He further added that Groww has a strong product sensibility and focuses primarily on the millennial investors, the reason behind why it aspires to be the preferred product for retail investors in India.

Our Young Turks @_groww has raised $6.2 M in Series A from @Sequoia_India, @ycombinator, @PropelVC, @KauffmanFellows

Congratulations to the team! pic.twitter.com/rT4cZvigsj

“There are 200 million people with investable income in India, but only 20 million investors. The only way to bring the next 180 million onboard is by making investing simple. Also, Millennials’ interests for investments are moving towards financial products instead of real estate and gold. Our goal is to become the wealth app for the younger generation.” said Lalit Keshre, Groww’s co-founder and CEO in an official statement.

“We want to create a platform that has all possible investment solutions within a tech-enabled, easy-to-use interface – and all this while providing the best-in-class user experience above all else. That is the fundamental premise of our offering,” he added.

What Is The Hiring Process Of Data Scientists At Shine.com?

Sequoia India is excited to lead the Series A investment in @_groww . We look forward to the journey with @lkeshre, @harshujain, Neeraj, Ishan and team as the transform retail investing in India. @sequoia_india @rachit_21 https://t.co/FusNZzj4ZW

Deep Dive: How NestAway Is Tackling The Unregulated Indian Rental Market With A Data-Driven Vision

Will IIT Madras’ Online Data Science Degree Be A Game Changer For Learners?