Edges are one of the most significant aspects of an image. 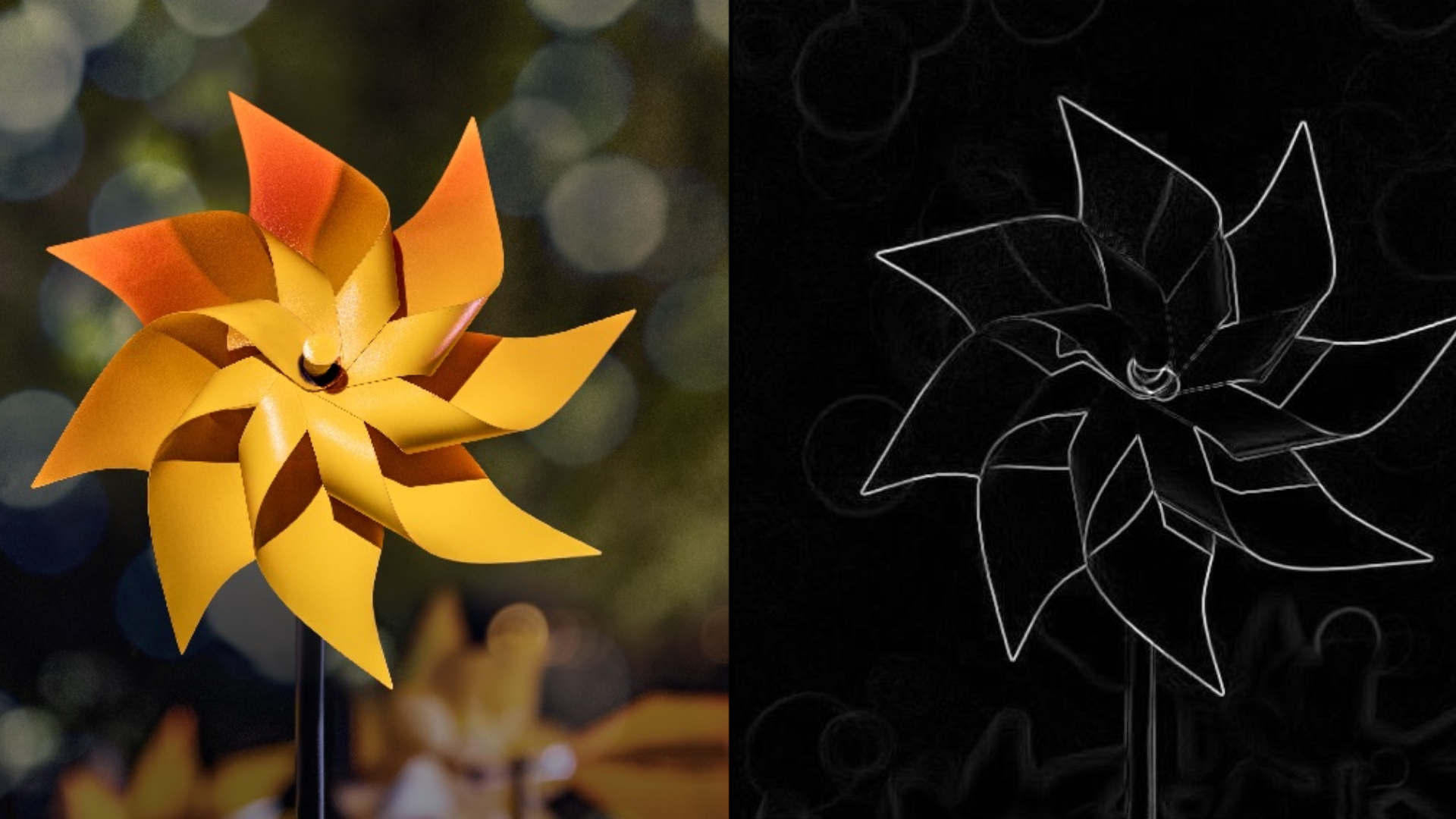 In the early phases of vision processing, characteristics in pictures are identified that are significant to determining the structure and qualities of objects in a scene. One such feature is the edge. Edges are substantial local alterations in a picture that are useful for image analysis. Edges are often seen on the boundary between two distinct parts of a picture. The initial stage in retrieving information from photos is typically edge detection. In this article, we will be focusing on understanding the concept and techniques of edge detection offered by OpenCV. Following are the topics to be covered.

An edge point in an image is a point in the picture with coordinates at the location of a substantial local intensity shift. Let’s start with understanding the concept of edges and the information gained by them.

Edge detection is a method used in image processing to determine the boundaries (edges) of objects or areas inside an image. Edges are one of the most significant aspects of photographs.

However, step and line borders are uncommon in real-world photographs. Sharp discontinuities in actual signals are uncommon due to low-frequency components or smoothing introduced by most sensing equipment. Step edges become ramp edges, and line edges become roof edges if intensity changes occur over a limited distance rather than instantaneously.

Why there is a need for edge detection?

Edge detection allows users to examine picture features for substantial changes in grey level. This texture marks the end of one section of the picture and the start of another. It decreases the quantity of data in a picture while preserving its structural features.

The edge detection could be divided into two parts the Gradients and Gaussians.

The operation of recognising substantial local changes in a picture is known as edge detection. A step edge in one dimension corresponds to a local peak in the first derivative. The gradient is a function change measure, and an image can be thought of as an array of samples of a continuous function of picture intensity. A discrete approximation to the gradient can be used to identify substantial changes in grey levels in a picture. The gradient is defined as the vector and is the two-dimensional equivalent of the first derivative. The gradient has two crucial properties:

However, it is usual practice to approximate the gradient magnitude using absolute values. The gradient’s direction is determined by vector analysis as the angle measured with respect to the x-axis. The size of the gradient is independent of the edge’s orientation. These are known as isotropic operators. There are three operators used to derive the first derivative which are the Sobel operator, Prewitt operator, Robert operator

The previously stated edge detectors calculated the first derivative and assumed the presence of an edge point if it was greater than a certain threshold. As a result, an excessive number of edge points are detected. A better strategy would be to discover and examine just the places with local maxima in gradient values.

The finite differences are averaged over the 2 x 2 square to compute the partial derivatives at the same place in the image. The gradient’s magnitude and orientation may be calculated using typical formulae for rectangular-to-polar conversion, where the arctan function takes two inputs and creates an angle across the whole circle of possible directions.

This stage smoothes and lowers noise in a picture. Small structures and isolated noise spots will be filtered out. Because smoothing causes edge spreading, the edge detector only considers pixels with a locally maximum gradient as edges. This is accomplished by the use of zero crossings of the second derivative. Because it is an isotropic operator, the Laplacian is used to approximate the second derivative in two dimensional. To prevent detecting trivial edges, only zero crossings with related first derivatives greater than a certain threshold are chosen as edge locations.

How does edge detection work?

An edge is a line that connects two corners or surfaces in mathematics. The basic notion underlying edge detection is that regions with large variances in pixel brightness suggest an edge. As a result, edge detection is a measure of intensity discontinuity in a picture. There are three steps in edge detection algorithms.

Because gradient computation based on intensity values of just two locations is subject to noise and other vagaries in discrete computations, filtering is typically utilised to improve an edge detector’s noise performance. However, there is a cost associated with edge strength and noise reduction. More filtering to eliminate noise reduces edge strength.

It is critical to assess variations in intensity in the vicinity of a point to enable edge identification. Enhancement highlights pixels with a large shift in local intensity values and is often achieved by determining the gradient magnitude.

The points with a distinct edge are the priority of the algorithm. However, many locations in an image have nonzero gradient values, and not all of these points are edges for a certain application. As a result, a method for determining which points are edge points should be utilised. Thresholding is frequently employed as a detection criterion.

Some algorithms use the fourth step which is localization

If subpixel resolution is necessary for the application, the edge position can be inferred. The orientation of the edge can also be approximated.

It is crucial to remember that detection just shows the presence of an edge near a pixel in a picture and does not always offer an exact estimate of edge position or orientation. Edge detection errors are misclassification mistakes; false edges and missing edges. Probability distributions for position and orientation estimations are used to describe edge estimation mistakes. Because both processes are conducted by distinct algorithms and have different error models, we distinguish between edge detection and estimate.

Let’s start by importing necessary libraries which will be used in every section of the article.

Read the image and preprocess

Converting the image into grayscale is necessary because the edge detection operator works with grayscale. The Gaussian blur is used to reduce the noise in the image which is an important preprocessing step.

Plotting the query image after the conversion.

In this, we will be taking three different scenarios to compare the X-axis, Y-axis and XY axis edge detection.

The method uses a three-stage procedure to extract edges from an image, and when blurring is applied, the process totals four stages.

The Laplacian edge detector compares an image’s second derivatives. It counts the number of times the first derivative changes in a single pass.

Comparing all the three methods according to the results the Canny edge detector did a pretty good job detecting the edges of the objects.

In a digital image, edges are large local variations in intensity. An edge is a collection of linked pixels that defines a border between two distinct areas. With this article, we have understood the concept and operation of edge detection with an implementation using OpenCV.