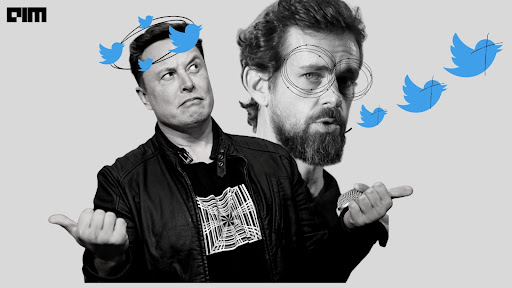 It has not been long since Elon Musk announced a $44 billion bid for Twitter. Since then, a lot has changed. The Chief Twit, Elon Musk, is now overwhelmed with suggestions and ideas from users on how Twitter should be or what it should stand for. Not just from users, but from the creator of Twitter, Jack Dorsey – who seems to not like Elon Musk’s version of Twitter.

On Monday, Musk tweeted that Twitter needs to become by far the most accurate source of information about the world. “That is our mission,” he announced. To this, Dorsey said: “Accurate to who?” Musk retorted, pointing at Community Notes (formerly Birdwatch). Birdwatch is a community-based approach to tackling misinformation.

Dorsey believes ‘Birdwatch’ is a far better name than ‘Community Notes’. Further, criticising Musk’s Twitter mission statement, which looks to be the platform for ‘most accurate source of information’, Dorsey said that ‘more informative’ is a far better goal.

The beef doesn’t end here. Musk replied, “Birdwatch gives me the creeps.” On the other hand, Dorsey said that ‘Community Notes’ is the most boring Facebook name ever.

Read: What Does Musk Really Want From His Twitter Acquisition?

Of late, Musk has been super active on Twitter, discussing various new ideas and new features with the users, among other concerns. Here is a quick look at things to expect from Twitter, based on his recent interaction.

Musk announced that Twitter will soon roll out a feature which will make it mandatory for anyone with a blue tick to pay $8 dollars per month.

The subscription, he said, will include a certain set of perks, like — the user will get priority in replies, mentions and search; will be able to post long video and audio; and only get half the ads as compared to others. The subscription-based model was brought in to generate a revenue stream that can adequately reward its creators.

For Indian users, the price will be adjusted proportionate to the purchasing power parity.

In his latest tweet Musk also said users will soon be able to attach long-form text to tweets, “ending the absurdity of notepad screenshots”. Currently, due to the character limit in tweets, long form content is short and crisp, and generally conveyed through threads. However, with this feature coming out soon, we can expect Twitter to compete with the likes of Substack, where creators will be able to monetise their content.

However, Gergely Orosz, who is currently an advisor at mobile.dev, shared this in response to Musk’s tweet.

Orosz also added that the reason this feature wasn’t rolled out yet was because old Twitter did things in phases, and the process was generally slow but, he said, now that Musk is in-charge, we can expect a faster roll-out of features, but at the same time can also foresee a compromise in quality, with bugs and confusion to the code.

Musk’s creator monetisation repertoire also allows creators to tweet long-form videos on their platform and monetise it. He revealed this plan in response to a tweet from a user known as ‘Everyday Astronaut’ who said, “If twitter could handle the full length feature videos that I produce and can offer a similar monetization system like YouTube does, I would consider uploading my full videos here too for sure.”

To this tweet, Musk replied, “We can do 42 min chunks at 1080 resolution now for new Blue, so you could break up a longer video.” However, Musk also added that the 42 min limit is only to start with, in a month or so users will be able to upload content on the platform that could be several hours.

Regarding Twitter’s incentive plans for its creators, especially when it comes to long-form videos, Musk has said that it will definitely be able to beat the 55% of ad revenue mark currently offered to its creators by Youtube.

Recently, a rapper, Zuby, asked Musk if Twitter should find a way to partner with its top creators similar to other social media apps, where a small percentage of creators create high engagement content and keep the site active. To this, Musk replied, “Absolutely”.

Currently, Twitter struggles to engage its most active users, who are vital to the business. That is less than 10 percent of overall monthly users, who generate 90 percent of all tweets and half of the global revenue.

Moreover, besides the elaborate plans on enabling Twitter as a space for content monetisation, Musk has also been vocal about Twitter’s strong commitment to content moderation. He announced the setting up of a panel with “diverse” viewpoints to safeguard free speech on these platforms.

However, this was received with much scepticism, with Twitter losing massive revenue from advertisers.