Artificial Intelligence’s dalliance with fashion is well-known. From curating personal wardrobes, to dictating stock inventory for big retailers based on current trends and pricing algorithms, AI has invaded the whimsical fashion space. Now, Indian fashion made its first brush with AI – Mumbai-based designer duo Falguni and Shane Peacock collaborated with IBM and used the data presented by Watson to create three AI-based designs that were unveiled to a fashion savvy crowd.

From cranking out structured silhouettes to dictating the colour swatch, the insights gleaned from the cognitive tool led to teal, azure, futuristic silhouettes on the runway. Analytics India Magazine caught up with the prolific designer duo to understand what led to this collaboration and why it was a good fit for their brand name as well.

According to the designer duo, the recent collaboration with IBM was an ideal platform to show off all the elements of eclecticism that has been associated with Shane & Falguni. “We were part of a cutting edge technology that could potentially change the landscape of the fashion industry. Owe worked with a great team and getting inputs from Watson for crafting the collection was very knowledgeable for us,” they said.

Has Watson proven its worth in fashion? 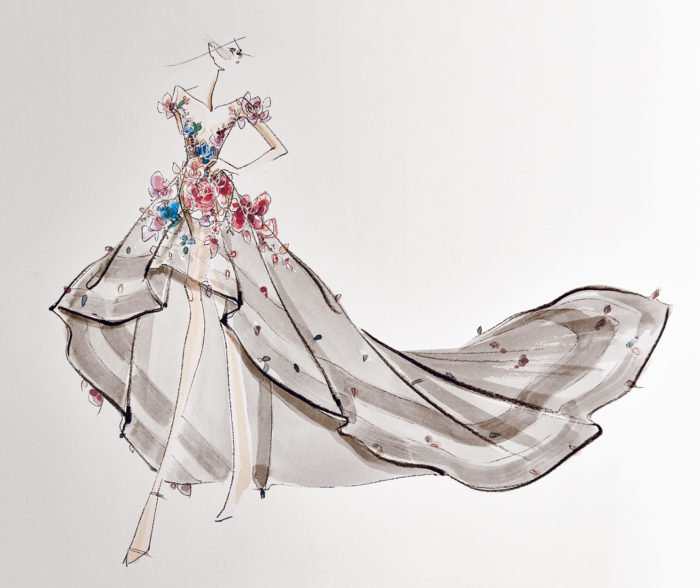 Interesting as it may sound, Watson’s prowess has already been tested in cancer research. New York’s Memorial Sloan Kettering Cancer Center in New York has been using Watson for sometime to enhance cancer care and there was the failed association with Texas based MD Anderson Centre that shelved the project eventually. Watson for cancer has been the marketing punchline in healthcare for quite some time. However, industry experts believe it is early days and the tool will mature with time.

Beyond Jeopardy, Watson has proven its worth in editing a thriller film trailer, composing music, providing excellent customer service via a support bot at Macy’s, running a rewards program for Chevrolet and there’s even Watson Ads that enables customers to interact via text and voice.

But has Watson proven its worth in the field of fashion? Seems like tech heavyweight IBM is betting big on the power cognitive fashion and making data fashionable. The fact that IBM is betting big on Watson is abundantly clear and it is now being leveraged by big fashion houses to utilize social data to better interact with customers, improve sales with highly targeted marketing campaigns and predict customer orders. However, the runway seemed far from sight. This was also put to test at last year’s Met Gala where Marchesa designers Georgina Chapman and Keren Craig, unveiled a creation based on Watson’s insights. This was a fashion first, wherein 200 images were processed by Watson before coming up with the colour and the material of the gown. Also, the cognitive tool analysed the sentiment of tweets, which lit up the dress in different colours. 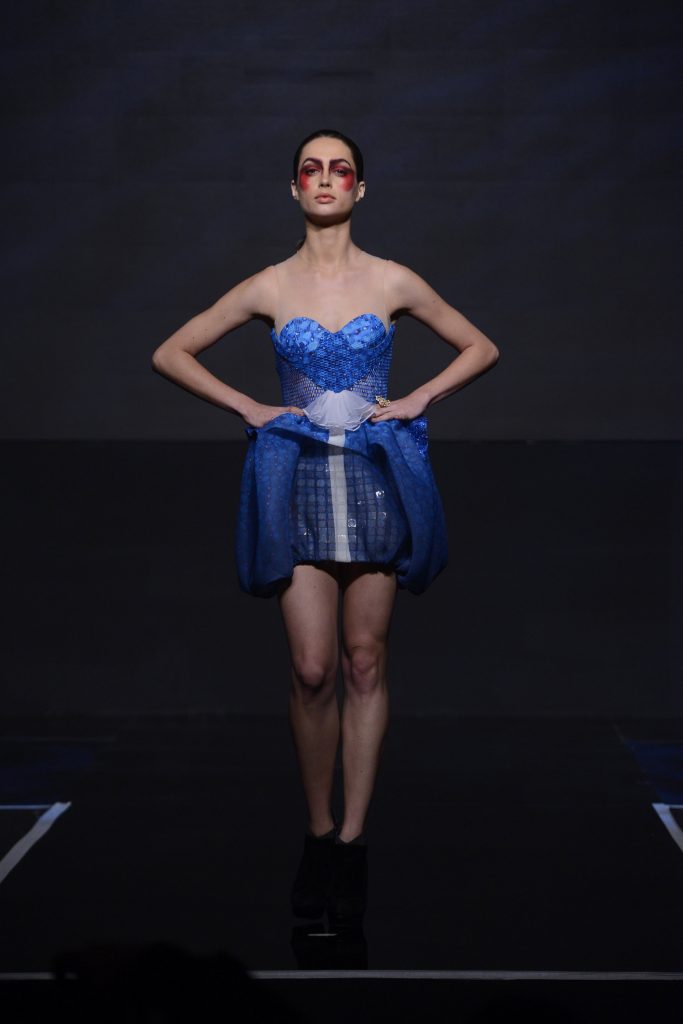 Shane and Falguni Peacock created a fashion first by teaming up with the Watson team and integrating cognition into the creations. According to Shane Peacock, “Fashion is usually considered a right-brain activity. So, it was very interesting to approach it from a left-brain perspective of logic and data. The data presented by IBM Watson helped us look at the insights as a springboard for our thoughts and helped us think in newer directions. Hence, we had to take this plunge, as it is the future of fashion”.

The AI-based collection, aptly titled Future of Bollywood Fashion was created by analyzing around 600,000 publicly available historical fashion runway images from the last decade and also included images from the Big Four fashion weeks. Keeping in with the Bollywood theme, it further analyzed cognitive tool further In order to understand Bollywood fashion trends, IBM Watson analysed close to 5,000 Bollywood celebrity images culled from social media platforms, besides 3,000 fashion-related images such as Bollywood movie posters from the last four decades. While the first dataset was representative of high-end couture, the second dataset was indicative of Bollywood-centric fashion. Through these insights Watson declared the dominant colour palette — raisin black, Yankees blue and light grey.

Talking about the collection, the designer duo shared, “We were  able to analyze the dominant prints and silhouettes for each season, which we could use as a starting point to explore further. An analysis and insights was shared with us based on all the fashion weeks internationally ,as an interactive web application hosted on IBM Cloud where we could explore the colour trends for the next season, analyze the key prints and silhouettes for each season and derive inspiration for their new collection”.

Future of AI in Indian fashion

This is the just the first instance where AI plays into Indian fashion. The designer duo believes it can be a game-changer when it comes to predicting prints and silhouettes. Will it also set the price lines for  prêt-à-porter and haute couture lines? “Well, we did not take that approach, but it can. We needed data for prints and fashion trends and it gave us great inputs for the same,” they shared.

How can AI impact Indian fashion industry? “India’s transformation in women’s clothing and fashion over the years has been as drastic as compared to its western counterparts, owing to various traditional beliefs and values still held by most Indian women. Nevertheless, with changing times, even the most traditional apparels have been modified to hold an urban look without compromising on tradition,” they said, in closing.

And India seems to be a very important market for IBM Watson and It is already working with Manipal Hospitals to help doctors identify personalized cancer care for patients. India has the second-largest developer market and an expanding startup ecosystem. IBM India is working with a lot of early stage start-ups to help them grow and scale. With Watson, IBM is making an attempt to give a cognitive push to clients and helping them adopt the platform.