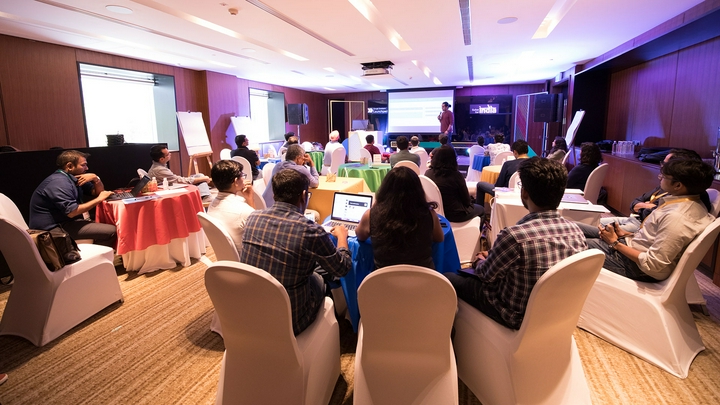 Google has chosen six Indian startups for its third edition of the ‘Launchpad Accelerator India’ programme where the tech giant aims to boost the growth of some startups with innovative ideas. The chosen startups will undergo a three-month programme along with an intensive one-week boot camp where the startups will be examined by industry experts who will look into the existing problems and also find a goal to achieve in the three months.

Following the one-week boot camp period, the startups will be supported by tech guidance on a number of projects, machine learning support, access to Google’s team and direct communication with mentors, experts along with networking opportunities in the industry. The teams will also be able to take part in leadership workshops and receive design sprints for identified challenges.

The Bengaluru based company impressed Google and is currently operating as the world’s first AI-enabled SaaS stack for companies indulged in the producing, storing, transporting of agriculture commodities. Agricx is helping over 450 million stakeholders in the form of farmers and food processing companies due to which the agricultural scenario in the country is getting a massive boost.

Founded in the year 2017and based out of Bengaluru, the company is aimed to provide real-time air quality data and intelligence to developers and researchers. Operating as an environmental analytics startup, the idea of the company has not just impressed Google but also impressed popular film actor Aishwarya Rai. The actor contributed an amount of Rs 63.83 lakh to back Ambee.

Another Bengaluru based startup that caught the attention of Google is Artivatic. The company was handpicked by Google in 2019 for the Google Launchpad Accelerator programme. Artivatic is known for being an AI-based healthtech and insurtech startup that provides intelligent solutions and services to insurance, healthcare and finance entities so that the entities can have a hassle-free business and consumer-relations.

The Delhi based startup was founded in 2015 and is backed by Dubai Future Accelerators. Nayan has developed an AI-based road safety and traffic monitoring application that is capable of detecting traffic violations by using crowdsourced videos. The innovative idea gained them a spot in Google’s Launchpad Accelerator programme and went to win the Startup of the Year 2019 award at GITEX.

With pollution in the environment becoming a matter of grave concern for everyone in the world, PerSapien stepped up and took the initiative to come up with a nasal device that will filter the air one breathes. In fact, the nasal device is meant for kids as the company truly believes that children should have the right to breathe pure air. The pricing of the device has also been kept at nominal for everyone to afford. Innovative enough to get into the good books of Google.

Founded by Kaushik Bose, SustLabs came into existence in the year 2016 at Mumbai. SustLabs was selected due to an effective product, which allows a user going through the electrical readings of the house. SustLab’s OHM connects to the electricity meter to a user’s mobile and provides real-time insights about the energy usage and consumption activity in the houses.