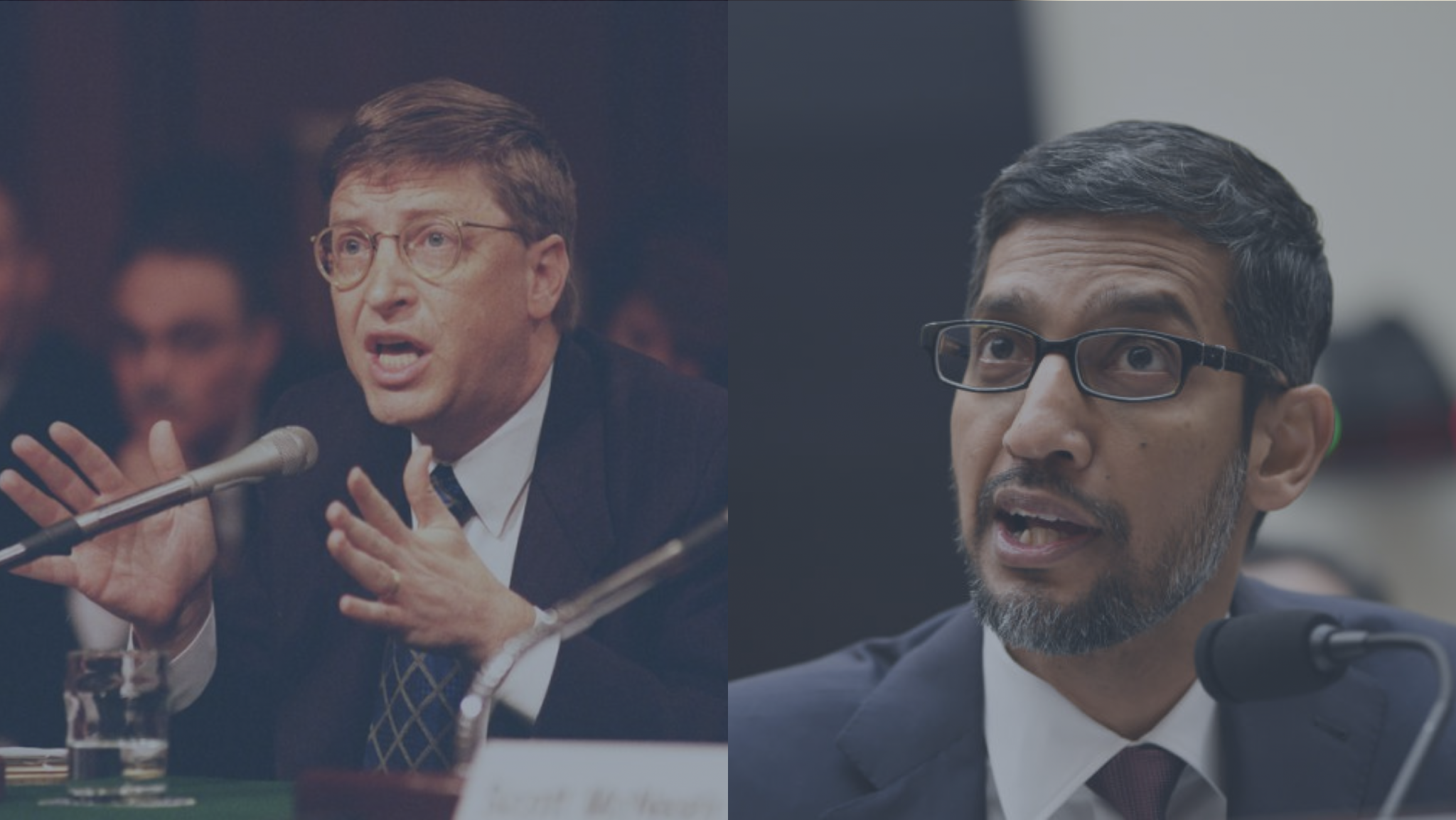 The United States Vs Microsoft Corporation was a noted American antitrust law case in which the  US government blamed Microsoft for illicitly keeping up its imposing business model in the PC market fundamentally through the confinements it put on PC manufacturers and users to uninstall Internet Explorer and utilise different software, for example, Netscape and Java.

At preliminary trials, the district court decided that Microsoft’s activities established unlawful imposing business model under Section 2 of the Antitrust Act of 1890.  The offended parties claimed that Microsoft had acquired monopoly control on Intel-based PCs in its treatment of how the Windows operating system and internet browser are integrated. The issue integral to the case was whether Microsoft was permitted to package its Internet Explorer (IE) internet browser programming with its Windows operating system.

The dread among regulators was that Microsoft would murder Netscape, consume the OS market and utilise that purpose of control to command the coming age of the web. Hidden these debates were inquiries about whether Microsoft had controlled its application programming interfaces to support IE over competitive internet browsers. Microsoft denied all allegations, saying IE was an integrated feature of Windows and it was not customer friendly to install separate browsers.

Judge Thomas Penfield Jackson gave his findings on November 5, 1999, which expressed that Microsoft’s dominance of the x86-based PC OS established a restraining monopoly and that Microsoft had taken activities to smash threats from competitive businesses including Apple, Java, Netscape, Lotus Software, RealNetworks, Linux, and others.

On June 7, 2000, the court requested breakup of Microsoft as its “remedy”. As per that judgment, Microsoft would need to be broken into two separate units, one to create the working framework, and one to deliver other programming components.

What About Google Antitrust Investigation?

The same argument has been made for Google as well. The breaking-up argument for Google has also received support from politicians like Elizabeth Warren. Others like Andrew Yang have suggested new taxes and government oversight in the matter rather than breaking them up.

Google has been consistently alleged of not protecting consumer interest and prioritising profits and data mining over user interests. But experts suggest it’s stretch and against the current legal frameworks. But unlike Microsoft, the antitrust lawsuit concerning Google is way bigger in scale.

The 50 attorney generals from all US states except California and Alabama are investigating Google for hampering competition on the largest search engine. The investigation which started with first with Google’s advertising business is now being extended to search and Android business operations as well.

But, is Google indulging in antitrust activities for its Android platform? Let’s look at an example. While Google takes a 30% cut from application sales deals, yet it places almost no limitations on where its clients can get applications, including rival application stores. It also takes the effort of verifying all the apps on the PlayStore.

Coming Back In Circle

Also, in the case of Google, since quite a bit of its contributions are free for users, it will be very difficult to demonstrate antitrust infringement, which is clearly proven on the basis of its impact on product pricing. The Justice Department’s antitrust chief, Makan Delrahim, has demonstrated in open discourses that quality, innovation and other components could be considered as well.

The complication is increased as different states will complete the examinations of search and Android businesses independently. The criticism has also surrounded in how Google’s parent, Alphabet, has a market capitalisation of more than $900 billion, has been gobbling up its competitors over the years at astounding acquisitions. That fine, however, hasn’t eased back Google’s venture into new contributions. The organisation is pushing further into health services with its proposed procurement of Fitbit, and recently declared it will start to offer financial services and banking one year from now.

Let’s go back to Microsoft.

On November 2, 2001, the US Department of Justice (DOJ) agreed with Microsoft to settle the case. The proposed settlement required Microsoft to share its application programming interfaces with outsider organisations and select a board of three individuals who might have full access to Microsoft’s frameworks, records, and source code for a long time to guarantee compliance.

However, the DOJ didn’t require Microsoft to change any of its code nor forestall Microsoft from tying other of its software with Windows later on. Many experts criticised the move saying government regulation in such a case marks a dangerous precedent which will impede the innovation brought by large tech companies. Others reportedly said the judgement has little impact on Microsoft’s monopolistic behaviour.

Similar to Microsoft, earlier government examinations concerning Google finished with a smack on the wrist. The US FTC in 2013 completed an almost two-year investigation concerning Google, coming full circle. In a settlement, Google said it would remove restrictions on its advertising platform to make it simpler for advertisers to operate campaigns crosswise over rival platforms. It will be interesting to see what happens this time around.