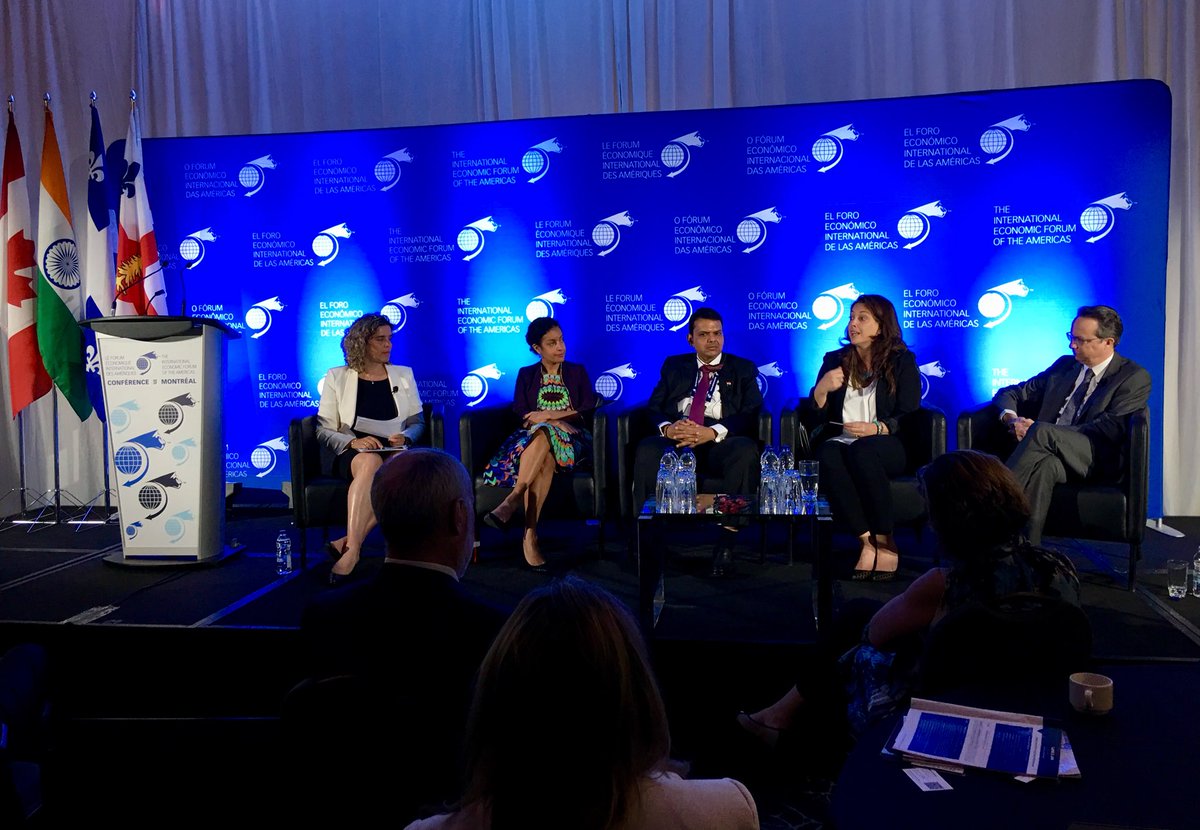 Talking at a panel discussion on governance and AI with Quebec Vice Premier Dominique Anglade in Montreal, Fadnavis shared that the technology will be an enabler and can play a critical role in several domains, especially in providing health services to remote areas. He added, “AI-powered diagnostic tools can help in providing health services in remote corners of the state. Diagnostic tools like can provide timely aid and centrally located doctors can access the results.”

Using AI For Agriculture: Fadnavis led a delegation to Canada and inked an MoU with Canadian AI accelerators like Ivado and Next AI. In addition to this, the Maharashtra government also inked a MoU with Quebec-based NGO Fonds de recherche du Quebec – Nature et Technologies, to form an international working group on the prevention of crop diseases and soil management through AI. Maharashtra has consistently been in news for farmer suicides especially in regions like Vidarbha. 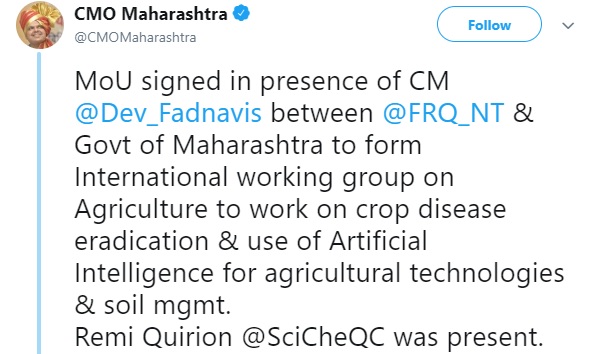 Talking about addressing the farmers’ woes and rate of suicides in Yavatmal district on account of pesticides, the CM Fadnavis said that several startups are working towards this by leveraging drones and AI technology. He also spoke about how technology could be leveraged to usher sustainability in the era of climate change. 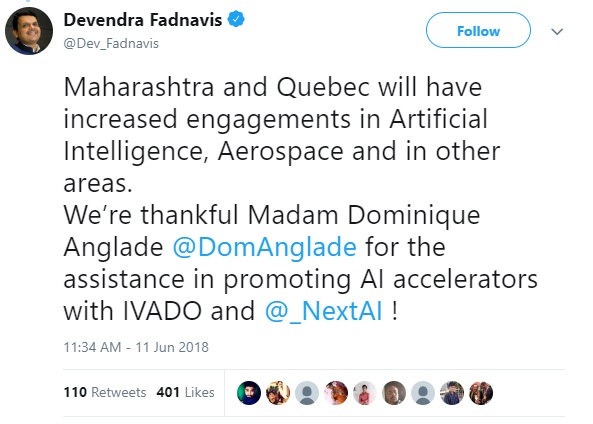 IVADO and Wadhwani AI, India’s first Applied AI Research Institute which was launched earlier in February, will set up AI clusters in the state along with IIT Mumbai. The institute was set up to use AI for social problems such as improving public infrastructure, reduce poverty and improve healthcare. It will also forge partnerships with the private sector to bring about a large-scale social impact.

Maharashtra, The First State To Come Up With A Cloud Policy: Earlier in January this year, Maharashtra became the first state to unveil a public cloud policy that would enable the Government to shift their data storage onto the cloud. Besides creating a $2 billion opportunity for the cloud computing market, it would enable the Government to use blockchain in areas such as healthcare, land registry and transport. In addition to the cloud policy, the Government has also rolled out a fintech policy which includes incentives for startups and fintech registry.

AI Does Not Disrupt Jobs, But Create Jobs: Maharashtra CM played down panic about AI-led job losses and asserted that on the contrary, the technology will create more jobs and at the same time bridge the gap between the rich and the poor.

From setting up the country’s first AI Research Institute that would focus on agriculture, healthcare and education to partnering with tech companies on AI applications for farming, Maharashtra government has embraced technology for societal impact. From the creation of jobs to facilitating research under Wadhwani Institute for Artificial Intelligence, the state government is acting as a facilitator to foster innovation and develop expertise in areas like data science, AI and research. Wadhwani Institute for Artificial Intelligence is a big step since it would allow computer scientists and researchers to collaborate to work on AI for social change. It would also act as a global hub and also help researchers to work on development, deployment and application of AI. The proposed institute will offer fellowship and internship opportunities for students as well.

According to this year’s Analytics India Magazine survey, Mumbai University already tops the list of universities or schools that most number of AI professionals in India graduate from. The AI Research Institute will work closely with partners such as nonprofits, governments, research/academic institutions and companies to understand challenges and develop AI solutions to overcome challenges of societal importance in domains such as health, agriculture, financial inclusion, and infrastructure.

According to a news report, Maharashtra has been lagging in social indicators and has compromised on social development and infrastructure. Also, the state has been hit by an agrarian and water crisis which poses a major threat to overall development. The use of AI and emerging technologies can help Maharashtra use their financial capability towards the impending agrarian crisis.