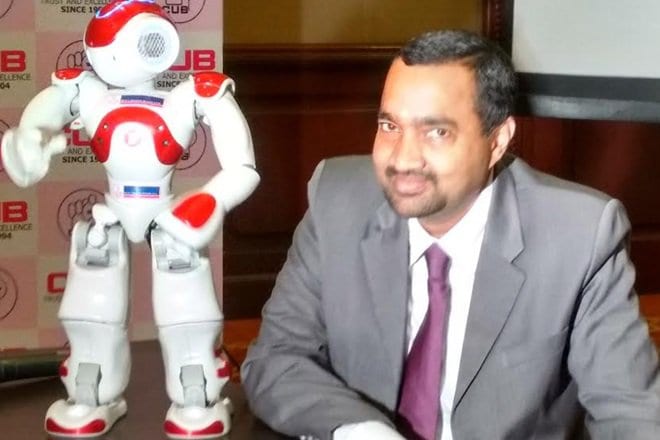 There is a new robot in town and no, it’s not Pepper (the friendly, hands-on humanoid developed by Japan’s SoftBank) it’s Lakshmi. With a title like that, who can dispute its worthiness, especially in the banking sector? The friendly robot powered by Artificial Intelligence (AI) made its debut on the big stage recently at the City Union Bank based in Chennai, Tamil Nadu. Currently set up in City Union Bank’s Chennai branch, the humanoid can reportedly chat with customers on more than 125 subjects, field queries on current interest rates on loans, account balance and transactional history.

Reportedly, Lakshmi is the first-of-its-kind humanoid in India to be introduced by a bank to deal with a humongous amount of customer queries. According to N Kamakodi, Managing Director and CEO, City Union Bank, “The staff at the bank spends most of its time fielding around 120 basic questions, from account balance to home loan interest rates and account details. So, we have fed those inputs to the robot and it will be answer them accurately”.

Next time you walk into CUB Chennai branch, be prepared to be surprised by this 2-feet humanoid installed in the bank lobby.

AIM lists down some its best features:

Lakshmi is currently in its pilot phase and based on the customer response it gets, the bank plans to release around 25-30 robots in key branches in India.