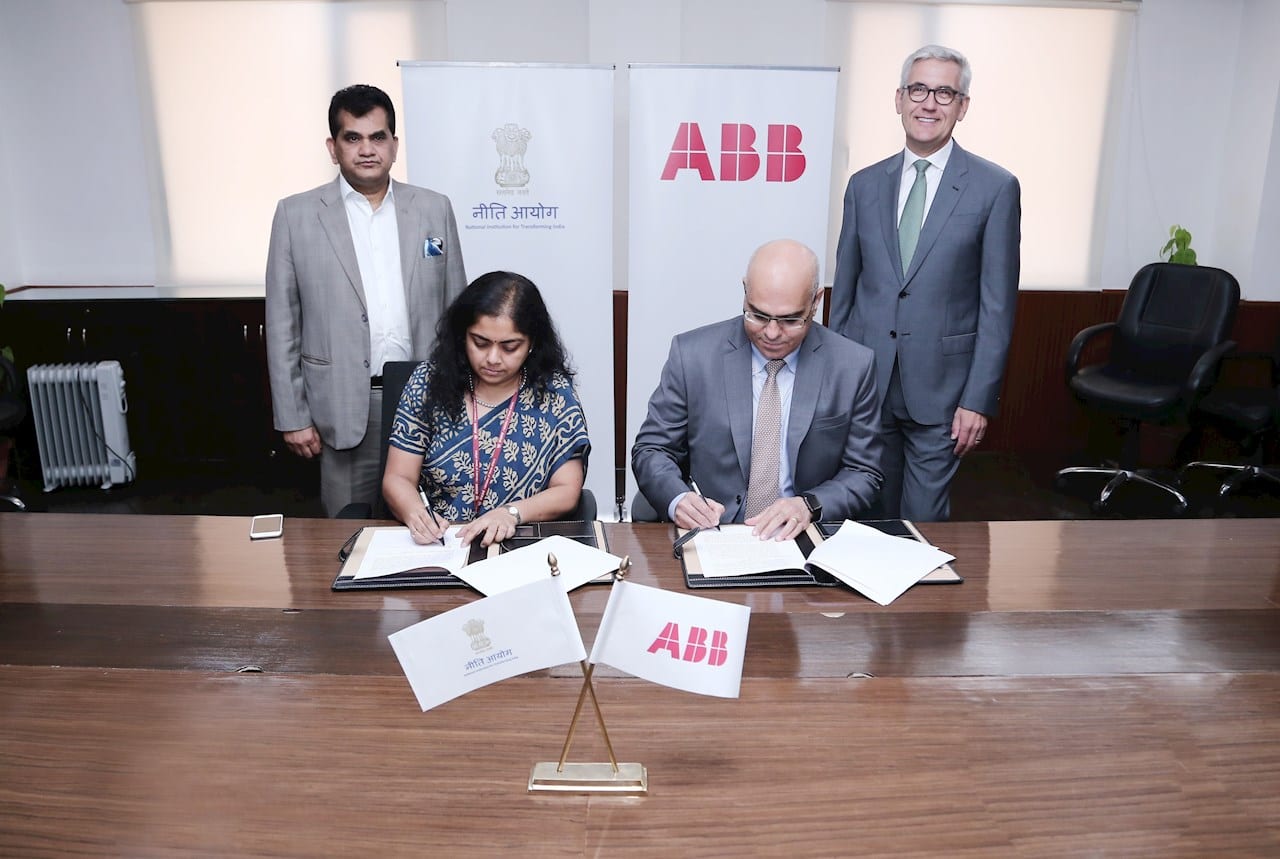 NITI Aayog and ABB India have signed a statement of intent (SoI) to support the Indian government realise its ambitious vision of Make In India through advanced manufacturing technologies that incorporate the latest developments in robotics and artificial intelligence, said a statement.

NITI Aayog will work with ABB to prepare key sectors of the economy, such as the power and water utilities sector, industries like food as well as the heavy industries sector; and the transport (rail and metro) and infrastructure sectors for digitalization, the internet of things and artificial intelligence. The initiative also covers the fast-growing segment of electric mobility. Jointly, NITI Aayog and ABB will work with government ministries, solicit feedback for areas critical to them and discuss solutions using industrial automation, and digitalization technologies.

“We are looking forward to learning more about practical applications of future technologies such as AI and IoT, especially in streamlining governance and economic systems. This collaboration, which will include a cross-sectoral understanding of digitalization at ABB’s world-class centers, will be key in driving progress of key sectors in India. This collaboration is meant to lead to actionable insights and focused plans that will help India become a center for advanced manufacturing,” said Amitabh Kant, CEO of NITI Aayog.

Through this SoI, NITI Aayog will facilitate policymakers and government functionaries’ participation in workshops and training programs organized by ABB India. Such programs will feature subject matter experts and will aim to sensitize policymakers and government officials about relevant AI capabilities and explore ways they can be used for revolutionizing manufacturing productivity.

“We are excited to partner with NITI Aayog and develop ways for key areas of India’s economy to benefit from and implement the latest technologies in digitalization, artificial intelligence, robotics, and industrial automation. We look forward to working with key stakeholders in the Indian government, and supporting key initiatives of Prime Minister Modi such as ‘Make in India’,” said Dr Ulrich Spiesshofer, CEO of ABB. “ABB’s more than a hundred years’ presence in India and our pioneering technology leadership in industrial digitalization position us well to support India in its ambitions for the next phase of its transformation.”