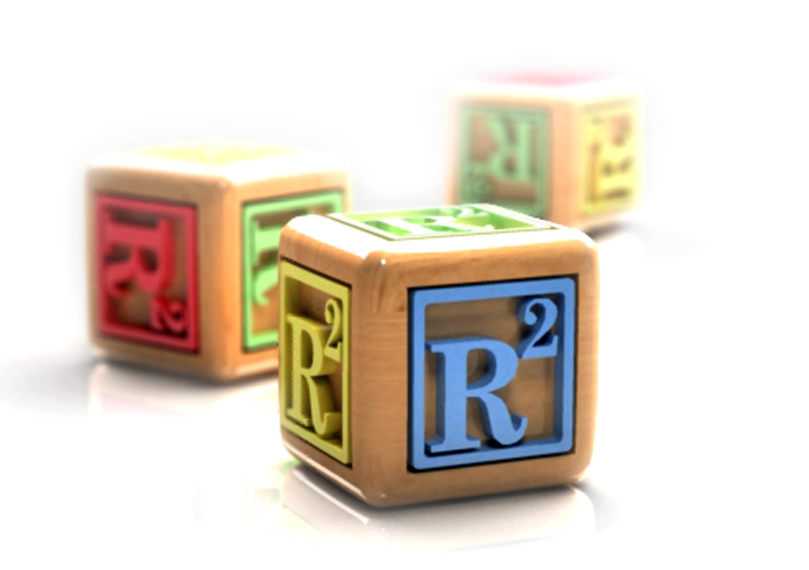 In this article, we will learn what is R Squared and Adjusted R Squared, the differences between them and which is better when it comes to model evaluation.

What is R Squared?

Let us understand these terms with the help of an example. consider a simple example where we have some observations on how the experience of a person affects the salary.

Suppose the regression looks like what is shown below : 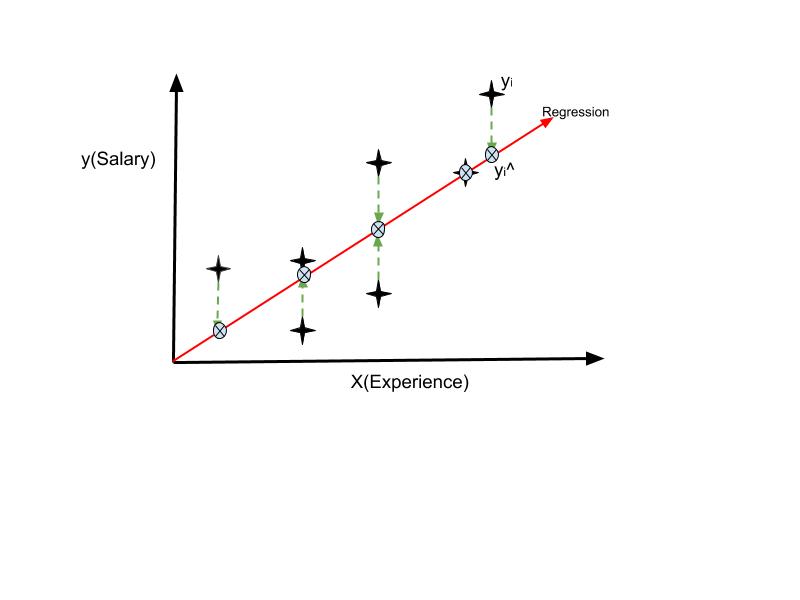 Where n is the number of observations. 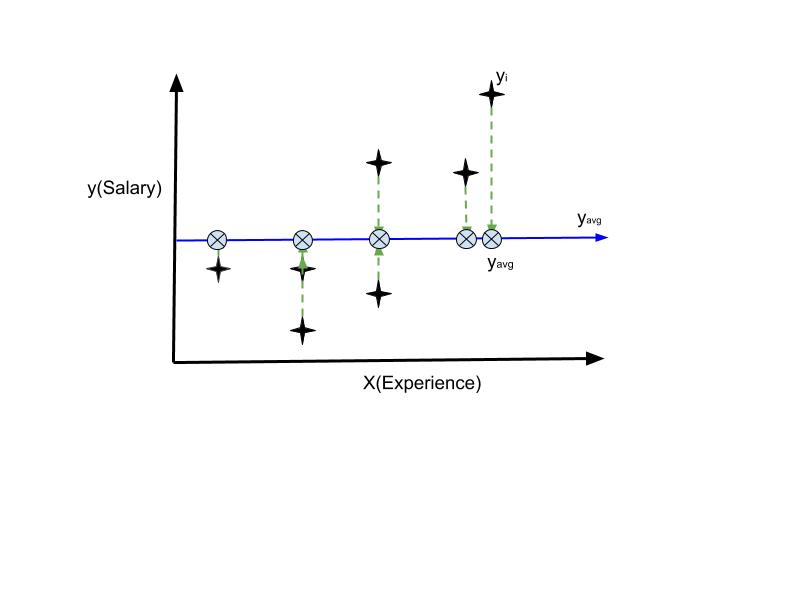 The blue line in the above image denotes where the average Salary lies with respect to the experience.

R squared can now be calculated by :

Now consider a hypothetical situation when all the predicted values exactly match the actual observations in the dataset. In this case, y will be equal to y^ for all the observations, hence resulting in SSR to be equal to zero.

In another scenario, if the predicted values lie far away from the actual observations, SSR will increase towards infinity. This will increase the ratio SSR/SST, hence resulting in a decreased value for R Squared.

Thus R Squared will help us determine the best fit for a model. The closer R Squared is to one the better the regression is.

We already know how R Squared can help us in Model Evaluation. However, there is one major disadvantage of using R Squared. The value of R Squared never decreases. If you are wondering why does it need to decrease since it will only result in a  bad model, there is a catch, adding new independent variables will result in an increased value of R Squared. This is a major flow as R Squared will suggest that adding new variables irrespective of whether they are really significant or not, will increase the value.

R Squared has no relation to express the effect of a bad or least significant independent variable on the regression. Thus even if the model consists of a less significant variable say, for example, the person’s Name for predicting the Salary, the value of R squared will increase suggesting that the model is better.

This is where Adjusted R Squared comes to the rescue.

Compared to R Squared which can only increase, Adjusted R Squared has the capability to decrease with the addition of less significant variables, thus resulting in a more reliable and accurate evaluation.

Let us understand what this means and how it plays its part in Adjusted R Squared.

Consider the example of Experience Vs Salary. Say, we have just one observation or sample. In this case, there are infinite possibilities of drawing a  best fitting regression line passing through the one data point.

Suppose if there are two observations then, there can be one best fitting line that passes through both the points. But irrespective of the value of the two y’s, it will always result in a best fitting line with R Squared equal to one thus making it unable to determine the correlation between salary(y) and experience(X).

Adding a third observation will introduce a level of freedom in actually determining the relation between X and y and it will increase for every new observation. That is, the degree of freedom for a regression model with 3 observations is equal to 1 and will keep on increasing with additional observations.