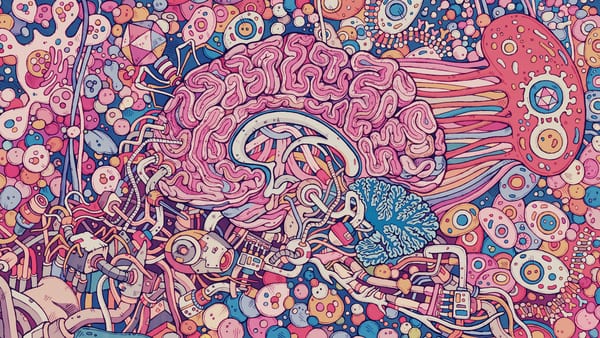 How To Talk To Plants Using Machine Learning And Gesture Recognition

As the developments in artificial intelligence and machine learning have made headway into the field of medicine, especially in medical treatments and diagnosis, it has opened up new avenues to be explored by these technologies. One such area is neural mapping and this article will explore an application of neuroscience coupled with machine learning, called bioelectronic medicine.

What Is Bioelectronic Medicine

Also, this field of medicine relies extensively on the functioning of nervous system since nervous signals originate from here. If more useful research on nervous system is obtained, the better the avenue of bioelectronic devices making into the market. In recent years, bioelectronic medicine is slowly rising to be the gold standard to treat diseases mainly due to its advantages and effectiveness.

The two popular ML algorithms used for establishing a relationship between neural signals and biomarkers, which act as variables in ML, are classification models and regression models. The former uses a boundary to differentiate between two or more classes within a disease, while the latter uses a relationship between the factors causing the disease and neural signals. In both the cases, ML works only if it generalises the data for detecting a pattern. This is attained by using regularisation methods.

By applying these ML models, a familiar pattern of neural signals can be recognised to assess the possibility of a brain disorder or disease. The cause-and-effect relationship, as mentioned above in the regression model, will significantly determine neurons that are likely to afflict a certain disease.

Where Does Data Stand In The Scenario?

ML algorithms could function only if the data is right and appropriate to the context of medical application. The major data for bioelectronic medicine would be outputs gathered from the bioelectronic devices implanted in the body. In a research article by Todd Levy, an electrical engineer at The Feinstein Institute of Medical Research, the working of bioelectronic medicine through neural recordings is explained as:

“With neural brain recordings from implanted electrodes, we are extracting the neural electrical signals generated by “action potentials,” also known as “spikes,” from individual neurons. The spikes are grouped according to the neurons that generated them, based on their waveform shapes, in a process known as “spike sorting”. Proper electrode placement is key to detecting these local electrical signals.”

After this process, he emphasises on two instances of capturing these neural recordings. The first method, as mentioned above, uses implantable electrodes while the second method uses surface electrodes called “electroencephalography electrodes”. With the former method, the mechanism involves placing electrodes in the nervous system through a surgical process, but with the latter, electrodes are placed directly on the surface of head without any invasive surgery. Surface electrodes are comparatively less beneficial, because it captures all the neural information without giving heed to a specific group of signals. These signals are labelled under different categories for analysis in a decoder. They act as ‘neural codes’ for the decoder. These neural codes are unique for every individual. ML help establish patterns with the decoders learning from the neural signals.

Bioelectronic medicine is still a new subject to explore with numerous possibilities. It will definitely help cure diseases for which currently there are no available medicine or therapy. Due to the fact that it relies on electronics, the link between advancements in machine learning and electrode technology will certainly improve bioelectronic medicines tremendously.

How To Talk To Plants Using Machine Learning And Gesture Recognition

The Tech Behind Google’s ML Solution For Accurate Depth Estimation

Google Datalab Vs Amazon SageMaker: Which Cloud Platform Is Best For Your ML Project