Tesla’s Mad Max Autopilot Is To Driving, What Jarvis Is To Iron Man 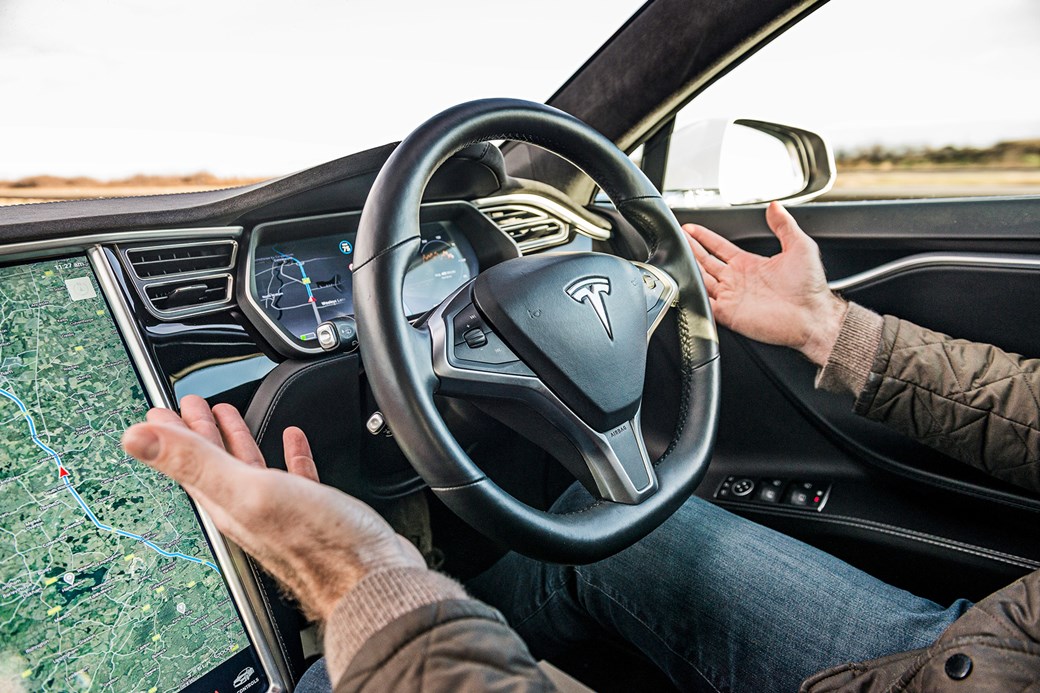 Tesla announced the ‘On-ramp to Off-ramp’ feature with the release of Autopilot 2.0 and the Enhanced Autopilot package back in 2016. This year, Tesla launched its ‘Mad Max’ autopilot mode. The company’s technology has always created immense anticipation among not just car enthusiasts, but also technology enthusiasts in general. With its new Version 9 of the autopilot feature, it has created the same level of hype.

What Is Mad Max?

Max Max (very likely named after a dystopian movie of the same name) is equipped with ultrasonic and radar technology. The autopilot version is a system with 8 cameras, 12 ultrasonic sensors and a forward facing radars. The camera collects data, the data being the surrounding of the car.

This next-gen update of the feature identifies what lanes should a driver change to and at what time. It identifies the lane that the car is in, understands the route that the car is following and takes that route. It also guides the driver with the fastest reach, having a brief idea of the lanes, when in a slow-moving traffic. When the car reaches the exit, it will depart the freeway, slow down and transition control back to you.

The version also has a feature called ‘Navigate’, which when active, gives indicators to guide you with keeping the car in the lane. For instance, a single blue line indicates the path ahead, keeping the car in your lane and grey lines are for lane changes for a more effective route, using the 8 cameras, gauging the traffic in all directions at the same instant. It sees far more than a driver could, in a way that a driver can never make makes decisions that a driver probably wouldn’t have made. Additionally, if there is another driver who is in the lane adjacent to the lane where you want to move, but this driver is in a speed faster than safe for this Tesla driver to overtake, this mode will warn and not change the lane. It is extremely difficult to make judgments in the case of human drivers.

The mode uses neural nets and they are camera agnostic, because of which Tesla could use these neural nets to all the cameras around the car, providing an effective result. It reports things like dimensions, relative velocity, of the obstacles, driving behaviour, routes and mileage, and uses data, also of the surrounding cars to improve its performance. It uses different colour circles to show what’s the position of the car: stopped, moving, stationary or unknown, where the circle size represents the distance to the car. The radar is in 3D, but we have to project them in 2D.

How Safe Is It?

Tesla’s driverless cars have created a lot of buzz and have raised many questions about its dangers. But Tesla is not planning to do anything violating the law. Lexis Georgeson, a Tesla spokesperson had said, “We’re not getting rid of the pilot. This is about releasing the driver from tedious tasks so they can focus and provide better input.”

With the description, the Mad Max mode seems like a next level autonomous system and as the system identifies the route to change the lane, it finally hands over the control to the driver before taking any action. Also, this mode requires the driver’s hand to be always on the wheel. If the hands go off the wheel, the car would decelerate and then eventually come to a halt. This is what makes the car safe. “Full autonomy is “really a software limitation: The hardware exists to create full autonomy, so it’s really about developing advanced, narrow AI for the car to operate on”, Musk had said.

The autopilot firmware 7.1 had removed some self-driving features to discourage customers from engaging in risky behaviour and added Summon remote parking technology that can move the car forward and back without a driver in the car. According to a data collected after 45 million miles of Tesla cars with this feature, there was actually a whole of 50% less chance of an accident than before. Moreover, the car also takes care about maintaining pace in regard to other cars and keeps the Tesla in one lane.

With all these features, the safety is definitely a lot better with a huge margin compared to non-autonomous cars and the California-based Automotive giant has proved its lordship in the tech game one more time.

Autonomous Cars In A Nutshell

When the autopilot tech was first made available in the Tesla Model S and Model X, it included the features of semi-autonomous drive and parking capabilities. Tesla’s Autopilot mode might disappoint you with it not being ‘autopilot’ in the real sense, but they can be called semi-autonomous, and it’s all for good reasons. This feature is to make the drive easier, not be completely irresponsible. So don’t expect to have a good nap on your way home from the office on a traffic-filled road. Tesla also intends to make a fully driverless car, considering the legal acknowledging that the legal and technical hurdles to be overcome.

We have come a long way in technology, with autonomous cars being only a reality in science fiction movies, Tesla always comes up with unthinkable, unprecedented technologies for its cars. This update definitely stands out among some others. We have taken a big leap in our path for autonomous cars with this update. Only time will tell what wonders this real-life Tony Stark can present to the world.