Launched in 2007, Tumblr allows users to post long-form blog-style content with media elements such as photos, videos, and GIFs 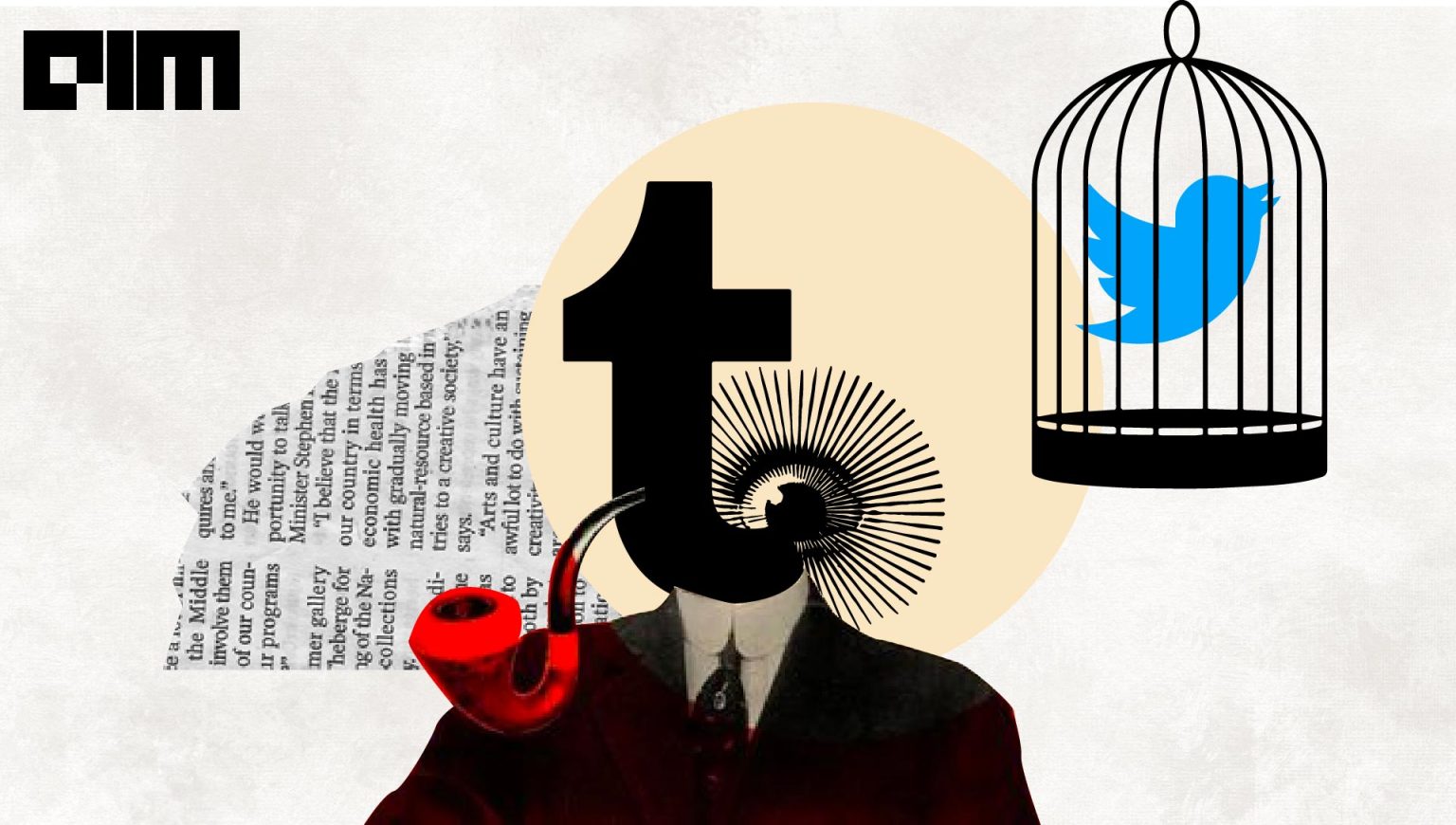 Users turn to platforms such as Meta-owned Facebook and Instagram to get buzz-worthy content on their feeds. But ever since the $44-billion acquisition deal went through, Elon Musk’s reign over Twitter has irked users, flocking them away from its home – to the closest alternative. The CEO has spent the last week twisting his new toy, raising suspicions, and questions.

Also read, This is the End of Twitter As We Know It

So, here are some open-source Twitter alternatives to try out.

Koo is an Indian social networking and microblogging service based in Bengaluru, India. According to statistics by Sensor Tower, Koo saw around 2.6 million instals from the Indian app stores in 2020, compared to 28 million for Twitter. As of May 2021, Koo, co-founded by Aprameya Radhakrishna and Mayank Bidawatka, has been valued at over $100 million.

A fully decentralised platform, Gab Social is an open source social network powered by the Gab Platform. Founded in 2016, the platform was launched by CEO Andrew Torba and CTO Ekrem Büyükkaya, who had earlier worked together at an advertising technology company called  Automate Ads (formerly known as Kuhcoon).

Mastodon is a federated social network which focuses more on personal interaction. Right after the Twitter deal went through, the open sourced platform gained over 500,000 new users, which has effectively doubled its user base. Each user would be a member of a specific Mastodon instance or server, allowing them to take part on different instances to interact with each other. This gives users the flexibility to select a node, keeping access to a larger social network.

Users can launch their own digital brand and even a mobile app – but Minds stands out as a social network in itself. The platform is available in either decentralised or centralised options, with its source code publicly available for contributions and reviews. The platform has monetizing options like monthly support, allowing users to financially support their posts.

Cohost is an ad-free social media platform. The posts on Cohost fall in a timeline that goes vertically, similar to Twitter. The company has announced that it is going to charge “a few bucks a month” and will also sell subscriptions adding new enhanced features.

Launched in 2007, Tumblr allows users to put up long blog-style posts with elements such as photos, videos, and GIFs. The platform has similar functionality of allowing users to chat with one another, with a direct message function. Moreover, it also allows users to turn off the algorithmic recommendation system, if required.

Popular during the pandemic, the platform hosts live audio chat rooms for users to interact with. Users are allowed to chat with people around the globe through a feature called “Rooms” – where one can begin an audio chatroom and discuss their topics of interest.

The platform is based in Nashville, which had agreed to sell itself to rapper Kanye West, and is popular with US conservatives. Established in 2018, the platform’s approach to content moderation has made it famous among users who disagree with policies of other social media platforms such as Twitter and Facebook.

Although it does not need any introduction, Reddit still tops the list. The platform at its core is a huge collection of forums, which has subreddits, which can be used for users to interact through memes, queries, and comments. Users will also be able to upvote or downvote comments and posts.

CounterSocial was launched in November 2017, with its infrastructure that was based on the open-source code of Mastodon. The platform boasts that it doesn’t allow fake news, trolls, or ads. CounterSocial also offers a VR space called Counter Realms. Moreover, users will be allowed to rearrange, delete, or create additional columns from user lists, hashtags, and topics. Free users can like, follow, comment, and reshare on replies and posts. Pro accounts are also available for $5/month with enhanced features such as setting posts to expire and “explode” or changing profile status.