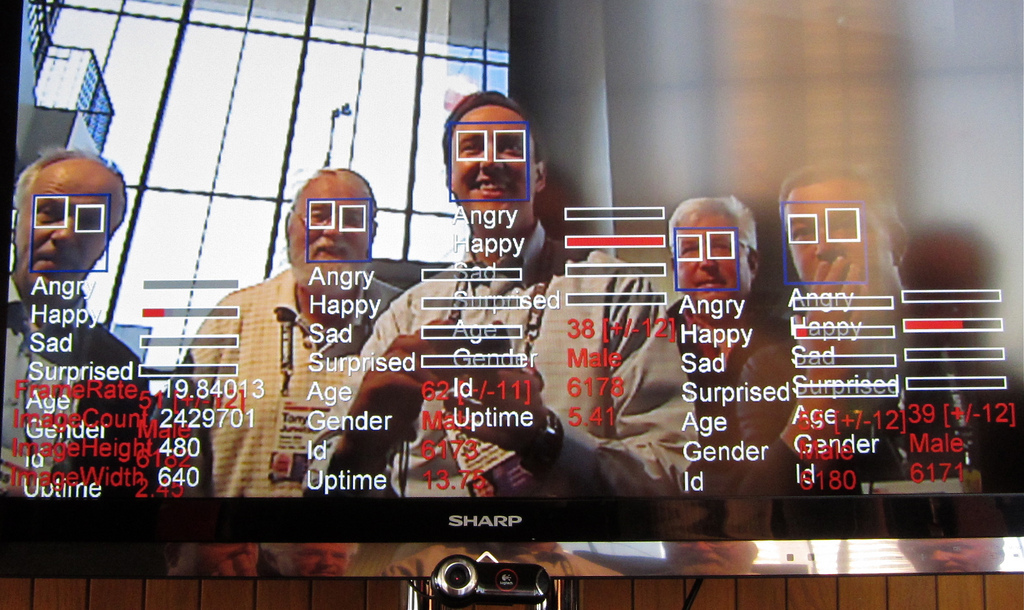 Earlier this year, Apple introduced face ID for its iPhone X. They have developed proprietary technology and knowledge bases that have excelled in detecting faces. Last year even Samsung launched its device named Galaxy Note7, the first gadget to feature Iris recognition for popular devices. Face detection is also doing wonders for companies working in the biometric identification systems. They have applications in the sectors that range from banking, healthcare to travel and retail.

Reportedly, the face recognition market was around $3.85 billion in 2017 and will most probably grow to $9.78 billion by 2023 at a CAGR of 16.81% during this period. The report also says that the Asia Pacific is the fastest growing region during the forecasted period.

Face recognition platforms tuned into cloud engines have a massive advantage. If your application runs on Google cloud engine it will be very easy to integrate Google Cloud Vision into your product or application. It boasts many pre-trained models and API outlets to become a power tool for many computer vision programmers. There is an added benefit of availability of AutoML Vision that can help programmes to train customer vision models. Google Cloud Vision has the power to detect multiple faces within an image along with major attributes like emotional state and usage of headband by the person. Google is also reportedly working on adding a facial recognition feature to the suite of tools.

The IBM Watson Visual Recognition is a very powerful and trusted industry-scale application which can be used in many computer vision applications. It has the power to accurately and quickly tag, classify and train on vision data/datasets using machine learning.  In the early part due to some developments, IBM disabled features that could help programmers to identify the name and type of the person given the image but the engine still remains a very powerful place to train state of the art facial recognition and detection applications. Currently, the supported image formats are .gif, .jpg, .png and .tif with a maximum size of 10 MB with a recommended pixel density of 32 x 32 per inch.

Microsoft boasts a top AI team with experts from computer vision domains who have built strong cloud centric intelligent applications. Microsoft Face API helps the developers to detect similar faces and compare them, organise face images into similar groups to cluster them. Face API also empowers developers to identify previously tagged people in images that can lead to powerful security and internet applications. The Face API by Microsoft provides Face Verification as a service which can be used to check the likelihood of two different faces to be the same person and return a score. Face detection service from the API has the power to detect one or more human faces in an image and get a face rectangle for the face with 27 landmarks for a single face. Additional features in Microsoft Face API include emotion recognition for faces that can detect emotions such as anger, contempt, disgust, fear, happiness among other things.

Amazon Rekognition backed by AWS cloud services is another giant in the face recognition space. Amazon Rekognition is the easiest way to add features relating to image or video processing to your application, especially if you are running your application on AWS cloud. The service can identify faces, people and activities among many other things once given image content. Amazon Rekognition is very popular for its facial analysis service. It has a fairly accurate facial recognition engine that works on many kinds of images and videos also. The developer can use this service to build application features that can verify users, count the number of people and build public safety applications. AWS being the biggest cloud service in the world leverages humongous amounts of data to improve its machine learning models. The service has additional benefits like having the option to run processes in Batch mode & real-time mode.

Kairos is a company specialising in face recognition and detection. Unlike other APIs which are a suite of tools and services rolled into one, Kairos exclusively delivers face recognition solutions and hence is one of the best Face AI solutions in the world. Many of the customers prefer to host Kairos API on their own servers and hence being safer and being in control of their data. This feature also gives an edge to Kairos over the competition. Kairos has countless face analysis features such as face detection, identification and verification. Other services include emotion detection and detection of facial features which can detect specific parts such as eyes, nose and others.