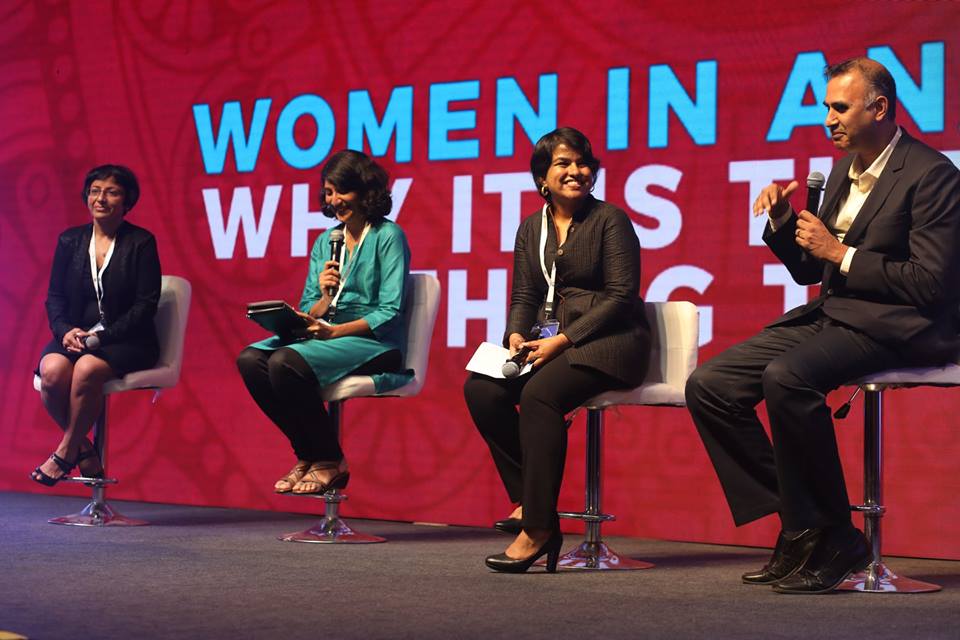 The technology sector across the globe is notorious for gender parity. However, things are looking up in India, as more and more number of companies, as well as groups, are aiming for diversity. Over the past couple of years, the number of women techies have skyrocketed significantly. The fact cannot be denied that women are doing wonders in the technology space — whether it is about AI or about coding a game.  And we shouldn’t forget that among all the factors, the tech conferences across the world have also played a vital role in increasing women participation in the area of science and technology.

Analytics India Magazine lists down some of the best technology conferences for women in India.

Organised by Anita B.org, the GHC India is one of the at the largest technical conference for women in Asia. Last year the conference was held during November 14, 15 and 16 2018 in Bengaluru and showcased some of the latest technology products and solutions, from the world of The GHCI 18 startups and large organizations.  From building/expanding network to delivering the best tech talks, the GHC provides a platform for all the women in technology space.

AnitaB.org (formerly Anita Borg Institute for Women and Technology) is a global nonprofit organization based in Palo Alto. The organisation was founded by computer scientists Anita Borg, PhD and Telle Whitney, PhD.

Organised by Analytics India Magazine, the Rising 2019 is the biggest meeting of women Data Science leaders. The conference will not only serve as a forum for exchange knowledge and experience but will also focus on building a better idea for women participating in STEM. The Rising will also highlight the achievements of women in the field of data science.

Furthermore, from a series of talks to informal sessions, this one-day conference is going to empower women and help them in the development of leadership skills. The Rising 2019 is going to be held in Hotel Taj, Bengaluru on March 8, 2019.

WINTECHCON is one of the most sought after tech conferences for women. Organized by

IEEE, the conference provides an exclusive forum for women in the technology space to showcase their work and share their knowledge and experience. From demonstrating DIY projects or network with women engineers from other organizations, WINTECHCON provides everything under one roof.  Last year, the conference was held on September 28 in Bangalore.

Girls in Tech (GIT) is a global NGO that focuses on the engagement, education, and empowerment of women in technology and entrepreneurship. The organisation has also marked its presence in India as it has launched its India Chapter in Hyderabad. With a vision to support and raise the visibility of women in STEM, entrepreneurship, and innovation, the organisations conduct competitions, conferences, hackathons, boot camps etc.

Catalyst Conference by GIT  is one of the best conferences that feature keynotes, panel discussions, and breakout sessions by leaders at the forefront of the technology and business sectors. It is definitely a can’t miss.

IEEE Women in Engineering (WiE) is a global network of over 20,000 members in over 100 countries with a mission to promoting women engineers and scientists, and inspiring girls around the world to follow their academic interests in a career in engineering and science. Its International Leadership Summit is one of the best conferences in the Women in Tech space.

The conference provides regional opportunities to foster networking, mentorship, and collaboration. In 2017, the summit was held in Goa by IEEE Goa College of Engineering Student Branch with technical support by IEEE India Council. and in 2018, on 7th & 8th – September it was held at Le Meridien Kochi, Kerala.