Will Quantum Computing Define The Future Of AI? 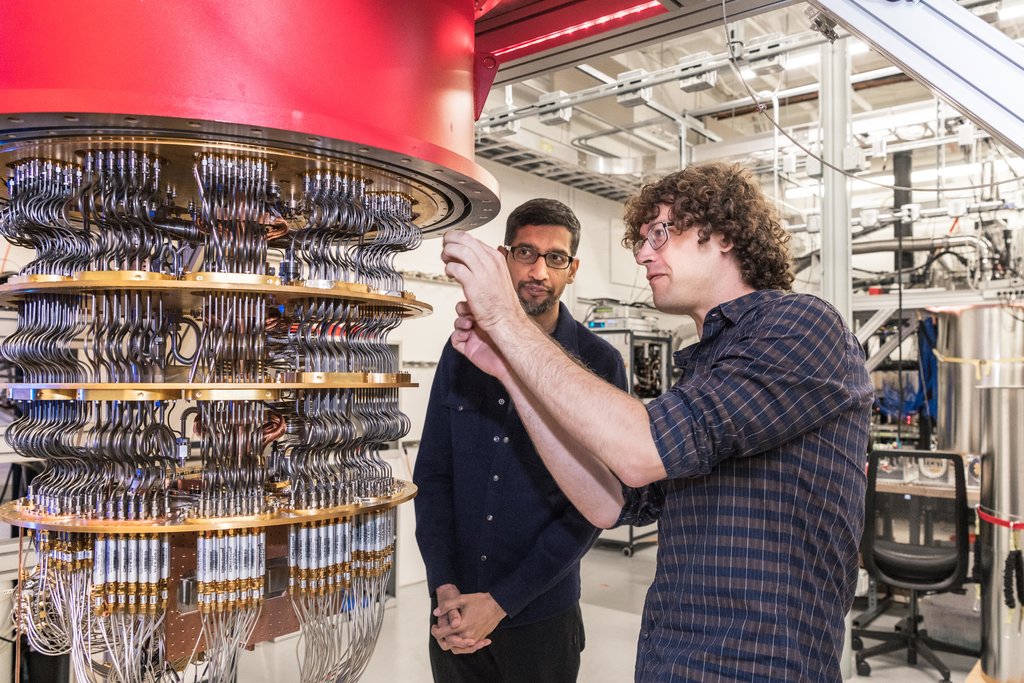 Google, this week, has launched a new version of their TensorFlow framework — TensorFlow Quantum (TFQ), which is an open-source library for prototyping quantum machine learning models.

Quantum computers aren’t mainstream yet; however, when they do arrive, they will need algorithms. So, TFQ will bridge that gap and will make it possible for developers/users to create hybrid AI algorithms combining both traditional and quantum computing techniques. TFQ, a smart amalgamation of TensorFlow and Cinq, will allow users to build deep learning models to run on a future quantum computer with minimal lines of Python.

According to the Google AI blog post, TFQ has been designed to provide the necessary tools to bring in the techniques of quantum computing and machine learning research communities together in order to build and control natural and artificial quantum systems. e.g. Noisy Intermediate Scale Quantum (NISQ) processors with ~50 – 100 qubits.

For decades, scientists have focused on bettering software to run increasingly complex programs; however, there are limitations to software optimisation. And, therefore, sooner or later, businesses will need more powerful machines to meet their requirements.

And, therefore, researchers are trying to figure out a way to expedite this process of extracting value from the unmanageable swaths of data; given rise to a new discipline that has been dubbed as Quantum Machine Learning. In fact, as per a report, by 2024, the overall quantum computing will grow to USD 283 million at a CAGR of 24.9% from USD 93 million in 2019.

According to Samuel Fernández Lorenzo, a quantum algorithm researcher, “Quantum machine learning can be more efficient than classic machine learning, at least for certain models that are intrinsically hard to learn using conventional computers.” However, “We still have to find out to what extent do these models appear in practical applications.”

Here are a few ways quantum computing could change the future of artificial intelligence:

Newer technologies like machine learning and AI eat a lot of data, and that is why it becomes difficult for traditional computers to evaluate such massive datasets. Quantum computers, on the other hand, are designed to manage the huge amount of data, along with uncovering patterns and spotting anomalies extremely quickly. With each newly launched iteration of quantum computer design and the new improvements made on the quantum error-correction code, developers are now able to better manage the potential of quantum bits. Apart from sampling large datasets, another way quantum computing will facilitate a revolution will be to optimise the same for solving all kinds of business problems. Quantum computers provide immense power to businesses and their consumers in order to make better decisions, and that’s why prominent companies agreed to invest in the new technology.

With the growing size of our data sets faster than our computing resources, for obvious reasons, businesses understand that quantum computers can complete calculations within seconds, which would take today’s computers many years to calculate. Traditional computers are programmed with bits in zeros (0) and ones (1) as data units; however, quantum computers use “qubits” — representing a combination of both zero and one at the same time, based on a principle called superposition. Because of this difference, quantum computers are exponentially faster than classical computers.

With quantum computing, developers can do multiple calculations with multiple inputs simultaneously. For instance, Google’s quantum computer claims to calculate 100 million times faster than any of today’s systems. Such a fast system is critical to process the monumental amount of data that businesses generate on a daily basis, and the fast calculation can be used to solve very complex problems. The key is to translate real-world problems that companies are facing into quantum language.

With the increasing amount of data generated in industries like pharmaceutical, finance and life science industry, companies are losing their ties with classical computing rope. To have a better data framework, these companies now require complex models that have the potential processing power to model the most complex situations. And that’s where quantum computers play a huge role. Creating better models with quantum technology will lead to better treatments for diseases in the healthcare sector can decrease financial implosion in the banking sector and improve the logistics chain in the manufacturing industry.

One of the core problems faced by an organisation is the amount of data provided — either it could be too much or sometimes not enough, and many a time the data is placed in a variety of datasets. To manage and integrate multiple numbers of datasets, quantum computers can be used, which makes the process quicker, and also makes the analysis easier. So for businesses, quantum computers will allow for quick analysis and integration of large datasets which, in turn, improves and transforms the machine learning and artificial intelligence capabilities. The ability to handle so many stakes makes quantum computing an adequate choice for solving business problems in a variety of fields.

In the banking and financial sector, the application of quantum computing on AI will help in improving and combating fraud detection. Not only, models that are trained using quantum computers could be capable of detecting patterns that are hard to spot using conventional equipment, but the improvement in algorithms would also help in managing the volume of information that the machines would be able to handle for this purpose. Also, as the companies in the BFSI sector aiming to provide customers with tailored products and services, using advanced recommendation systems would be the best way to achieve that and there are several quantum models that could be used to enhance these systems’ performance.

But when you dig deeper into the details, one starts to understand the caveats buried and the existing challenges of quantum computing, that must be solved before quantum computers deliver on that potential.

One of the major problems with quantum computing is the volatile nature of qubits. Every bit in a computing process must be in a state of one or zero, and therefore a huge effort goes into ensuring that the bits on the computer chip do not interfere with each other. However, qubits, on the other hand, can represent any combination of zero and one and can interact with other qubits. And therefore, controlling these interactions becomes very complicated, and the volatility of qubits can cause inputs to be lost or altered, which screws the accuracy of results.

Similarly, some of the other challenges are:

Sensitivity To Interaction With The Environment

Quantum computing has always been considered to be sensitive, especially when the computers are interacting with external surroundings since any interaction or measurement leads to a collapse of the state function — also known as decoherence. It is challenging to isolate a quantum system, especially an engineered one for a computation, without it getting entangled with the environment. And, therefore, the larger the number of qubits, the harder is it to maintain the coherence.

Error correction in quantum computing is used to protect quantum information from errors due to decoherence and other noise. Therefore it is essential to achieve fault-tolerant quantum computation, which can deal with quantum noise, faulty quantum gates, faulty quantum preparation, and faulty measurements. However, copying quantum information is not possible due to the no-cloning theorem, which in turn acts an obstacle in formulating a theory of quantum error correction.

One of the primary and essential steps for quantum computing is state preparation. But, in most cases, to proceed correctly, the qubits need to be in a superposition state, and as we know it, businesses get a variety of problems due to the nature of superposition and entanglements, and therefore ‘state transition’ using local transformations is not realistic in a large system. Larger systems that are used as model quantum computing systems tend to implement mixtures instead of the pure state, and therefore quantum algorithm does not validate NMR (Nuclear magnetic resonance) experiments.

Google, Microsoft, IBM, along with other tech giants, also hovering the quantum space by pouring money into quantum machine learning. According to Jacob Biamonte, a quantum physicist at the Skolkovo Institute of Science and Technology in Moscow., “Artificial intelligence and machine learning are the latest buzzwords, and when you mix that with ‘quantum,’ it becomes a mega-buzzword.”

However, quantum computing suffers from a kind of locked-in syndrome, as it operates on quantum states, not on human-readable data, and translating between the two can negate its apparent advantages. Another computer scientist, Scott Aaronson said, “We don’t have clear answers yet, and therefore businesses and people have often been very cavalier about whether these algorithms provide any relevant benefits.”