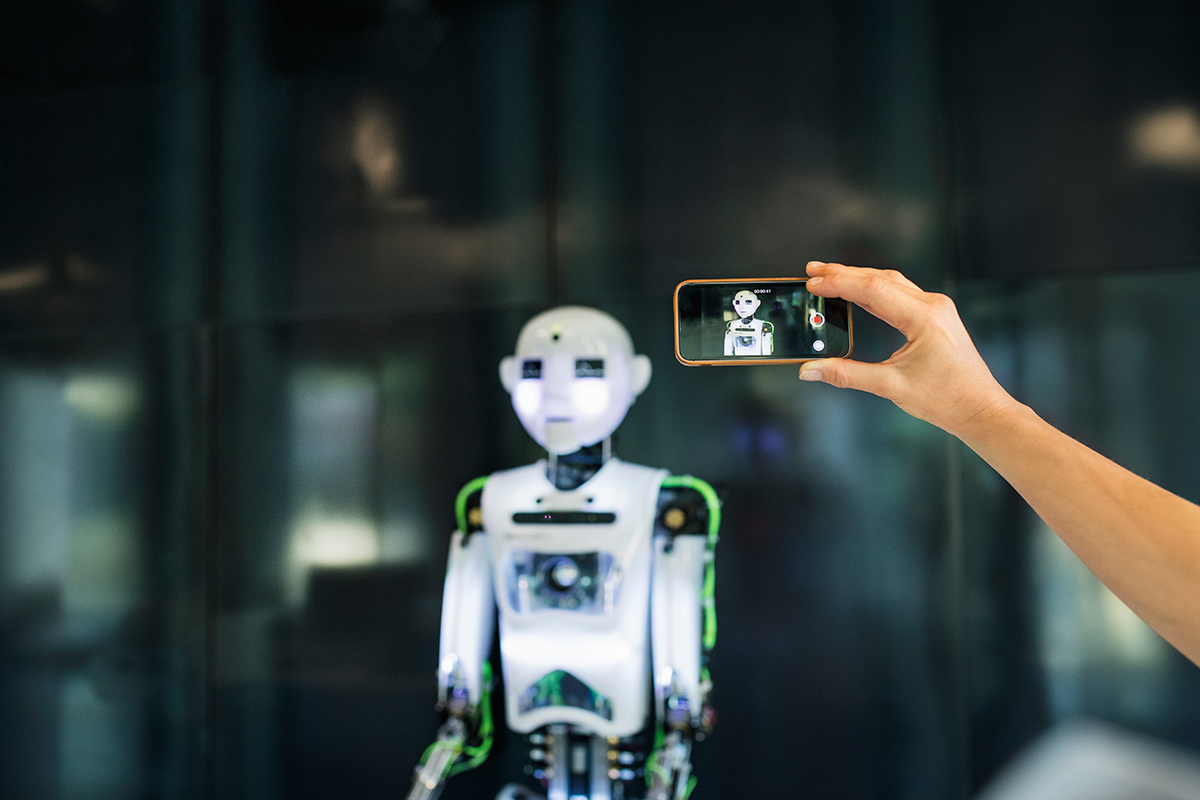 Robots have taken over many human-aided processes and have brought unique ways of automation, entertainment and bringing emotional connect, among many other things. With the number of humanoid robots like as Sophia, Aibo and Kuri gaining prominence, personal and assistive robots have become a rage.

Reports suggest that automotive robotics market size is expected to be valued at $13.6 billion by 2025. Europe, North America, and Asian countries like Japan, China and South Korea are leading the market. While the need for automotive robots in industries such as manufacturing has increased significantly, countries like Japan are focusing on creating “caring” robots, which can look after the elderly and physically-challenged citizens.

Here we list five countries who are leading the race in adopting robot-led services (in no particular order).

Japan is the world’s predominant industrial robot manufacturer and had produced a record 153,000 units in 2016. Reportedly, it accounts for 52 percent of the global robotics supply in areas like manufacturing. If we go by robot density, Japan employs approximately 300 robots for every 10,000 working humans.

Some of the key robots made by the country are Robear, a nursing robot with a gentle touch, Vevo and Pepper. The concept of cobots — collaborative robots working in association with humans — has been gaining prominence in Japan. Some of the players leading the robot market in Japan are Fanuc and Yaskawa Electric.

Reports suggest that Germany boasts of using 300 robots per 10,000 human workers. Between 2010 and 2017, the robotics industry in Germany grew at a rate of 10 percent. The country witnessed a remarkable growth in sales as well, which almost doubled during that period. It also scores high in the number of units exported. With a growth rate of more than 15 percent, the industry turnover was projected at €4.2 billion. IFR suggests that the number of units produced will grow to 521,000 by 2020.

Some of the leading German robotics players are Kuka Systems, Robot Technology GmbH, ArtiMinds Robotics, among others.

It is one of the leading robot-aided countries, a density of approximately 488 robots per 10,000 employees. While manufacturing is the leading industry in terms of adoption of robots, electronics, healthcare, and construction, the hospitality industry follows a close suit. Reportedly, as about 90 percent of businesses in the country’s food and beverage sector are struggling to find workers, these businesses have turned to robots.

Singapore also has an abundance of robotics research facilities and is home to universities such as Nanyang Technological University, National University of Singapore, and Singapore Polytechnic, which are driving robotics innovation. Their government also shows a keen interest in boosting the robotics industry as it announced a fund of $450 million in 2016 committed to the National Robotics Programme over three years.

It has shown one the highest robotic density since 2010, which could be attributed to increased adoption particularly in the electronics and automotive industries. Just like Singapore, their government’s keen interest in spending money on corporate R&D centres has given it a big boost. In 2010, South Korea established the Korea Institute for Robot Industry Advancement to oversee the development. Since then it has been valued at over $4 billion.

Some of the leading players in the robotic sector from South Korea are Doosan, and Hannah Techwin Group, among others.

Not just the world leaders in using renewable energy, this country is acing the race of producing and using machinery and robots at a pace like none other. With a strong robotic cluster in Odense, it has easily become of the leading markets for robots and drones. It hosts a range of test sites for robot applications in healthcare, agriculture, production and other industries, making it a suitable ground for bringing robotic innovations. There were reportedly 752 industrial robots sold in 2016. It has been predicted that more than 1.7 million new industrial robots will be installed in factories worldwide by 2020.

As robots make for 25 percent of their total industrial output, Denmark enjoys the mark of 211 robots per 10,000 working people. Some of the leading robotic players from Denmark are Universal Robots and Blue Ocean Robotics. It is currently home to more than 70 robots and automation companies. Not just a leading manufacturer, Denmark is also home to some interesting academic programs on robotics.

While Asian nations like Japan, South Korea and China are making a headway in the robotics space, India is still catching up these nations at a decent pace. Given the larger economic developments and investments coming in, it paints a greener picture for a growing robotics market in India. India has shown significant growth both in terms of producing robots and adopting home robotics. We are, however, yet to see a significant growth.

Other countries that are not included in the list but show significant growth in robotics space are the US, Sweden, China, Italy, Taiwan and Belgium. As these countries are driving technological developments at a fast pace, they have called for more practical and cost-effective robots at both industrial level and home-bot space.

The debate, however, remains that if robots are responsible for job cuts. While some have feared that automation might take away jobs, other reports suggest that it has resulted in increased jobs, capital retention and revenue generation.