A Complete Kickstart Guide To MongoDB 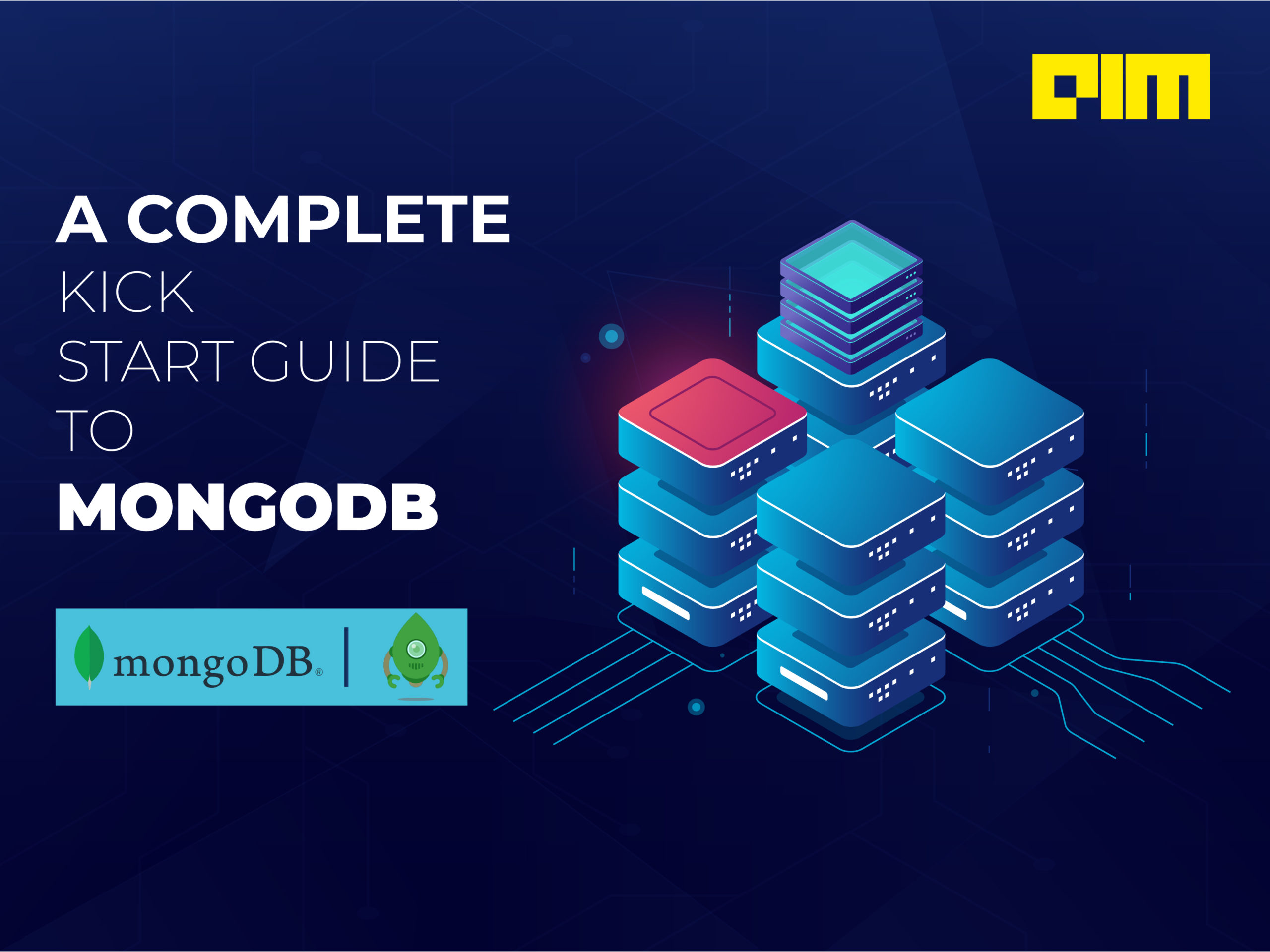 Everything we see inside a gadget or an electronic device – including televisions, smartphones or even personal computers – is nothing but data. Due to the expansion of digital technology, we have been generating a lot of data. According to IDC, the Global Datasphere is expected to reach a gigantic 175 zettabytes by 2025. This is equivalent to over 175 x 1,000,000,000,000 Gigabytes. However, all this data may not be stored, but considering even 10% of this huge amount is still massive.

In a short time, data has also become the backbone of the so called AI revolution, and scientists worldwide are working on making machines intelligent using nothing but data. But raw data is not useful. It needs to pre pre-processed and refined to make it valuable.

So how do we store and process such a huge amount of data?

Less than a couple of decades ago, Relational DataBases were the undisputed champions in storing and handling data. Oracle DB, MySQL, MSSQL and many others were popular among developers and organizations. As the size of data began to expand, Relation Databases struggled to cope due to their highly structured tabular format and incapacity to scale well.

NoSQL, on the other hand, exploited the unstructured nature of the data itself. NoSQL databases can be used across large distrusted systems and are highly scalable and much faster at handling large amounts of data than traditional relational databases.

Given below are some of the popular NoSQL Databases:

MongoDB is an open-source cross-platform document-oriented database system developed and supported by MongoDB Inc and initially released in 2009. MongoDB stores data as JSON-like documents and is written in C++, Go, JavaScript and Python. Since its release, MongoDB has become one of the most popularly used NoSQL dataBase systems due to its ease of use and efficiency.

Here are some of the pros of using MongoDB

Let us get our hands dirty with MongoDB !

In this section, we will learn to set up  a complete MongoDB environment. The following example is done on an Amazon AWS EC2 Linux instance.

If you receive an error indicating that gnupg is not installed, you can install gnupg using the command below:

Once it is installed successfully, repeat the first block of commands.

To prevent unintended upgrades of MongoDB, you can pin the package at the currently installed version by executing the following commands:

You have now successfully installed MongoDB.

The following directories are important while trying to configure or debug.

Execute the following command to start your MongoDB service :

If you receive the following error message :

Run the following command first and then use the start command.

Checking the status of your MongoDB

To check the status of your MongoDB Service execute the following command:

If the service is running, it will show an active symbol with a green dot.

Enabling MongoDB service to ensure it starts after a system reboot

We can now enable MongoDB as a system service to ensure continuous availability. This will automatically start the database after a system reboot.

After starting the MongoDB service, execute the command mongo to enter inside the mongo shell.

The above command will select MongoDB’s existing admin database.

Execute the above command and enter the password when prompted.The function will create a new admin user called “myadmin” with the specified privileges.

Root privilege allows a user to delete databases. To grant root privilege to a user, execute the following commands:

The command show users will display all the users and their roles.

Exit the mongo shell by typing and entering the “exit” command.

Execute the following commands to enter the mongo shell as an admin user . Enter the password when prompted.

Edit the file to add the following configuration:

After making the changes, press esc followed by a “:wq” and enter to save the file and exit.

For the changes to take effect, restart the MongoDB service using the following command:

To be able to access the MongoDB server remotely you must make the port externally available. AWS users can edit the security groups to add inbound rules to the MongoDB port (27017).

Robo 3T is a free, lightweight, open-source MongoDB GUI. To download Robo3T head to https://robomongo.org/download and click download, select the application based on your OS.Once downloaded, install and open the application.

On opening the application, you will see the following window. Click on create to create a new MongoDB connection.

Enter a name for the connection. In the address field, enter your Mongo Server IP address.(If your Database resides in an AWS EC2 instance use the public IP or Elastic IP of the instance). Click on the Authentication tab to enter the authentication details.

Enter the username and password you provided while setting up the MongoDB and click on the test button.

If the connection is successful you will see the below window. If you receive an error, make sure that enetres credentials and IP address are correct. Also, make sure if the MongoDB server port is accessible.

On successful testing, save the Connection for future use.

Initially, the database server will have only two databases by default – system and config. We will come back once we create a new database using the shell.

Let’s go back to our MongoDB shell. Open up the terminal an authenticate as admin user using the following command:

In the mongo shell, type the following command to list all the available databases:

To create new database and insert a new collection(table), enter the following commands

The above command switches to the specified database. If the database doesn’t exist, it will create a new one with the specified name.

The show collections command will list all the collections(tables) in a database.If the above command is successful, show dbs command would now have “TestDataBase” listed.

Now if we go back to Robo3T and connect to the database server, we will be able to see the above database and collection.

Before we query something lets add some more documents(items or rows) into our TestTable.

To list all the documents in a collection, execute the following command

To remove a document based on simple field value matching condition use the following commands:

To drop an entire collection use the following command

To drop an entire database execute the following command after selecting the right database:

Congrats! You have successfully learned to set up MongoDB. Now you can confidently start your MongoDB journey.