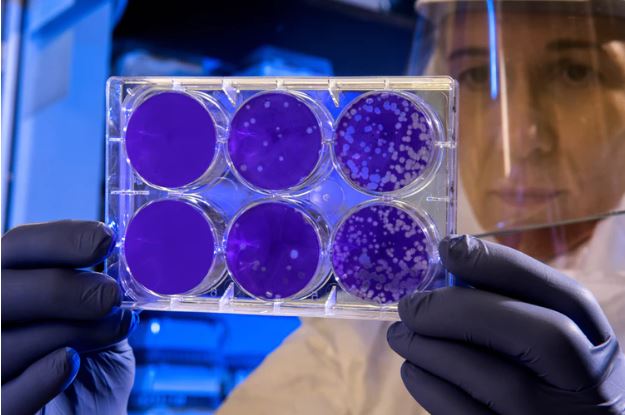 The discovery of penicillin, a century ago, has changed the way we live forever. It has put power in the hands of humans. Adding a new chapter to the rich history of our medicinal triumphs over deadly microorganisms, today, man uses AI to discover a new antibiotic that has the potential to kill nasties of bacterias.

In a paper published this week in the journal, Cell, MIT researchers demonstrated how they trained a neural network to find a new antibiotic.

Timeline of human’s history with antibiotics

And, this is why the discovery of Halicin is a big deal. AI or any software can run on algorithms round the clock, go through a million simulations, resulting in increasing the chance of finding something novel relatively faster than humans.

This new drug even removes strains, which are resistant to all known antibiotics

“We wanted to develop a platform that would allow us to harness the power of artificial intelligence to usher in a new age of antibiotic drug discovery,” says MIT’s James Collins, in their recent post.

This molecule, which the researchers decided to call Halicin, was named after the fictional artificial intelligence system from “2001: A Space Odyssey”.

Using prediction models (in silico) for drug discovery is not new. Previously, molecules were represented as vectors reflecting the presence or absence of certain chemical groups.

In the case of Halicin, the neural networks have been trained to learn these representations automatically by mapping molecules into continuous vectors, which are subsequently used to predict their properties.

Here’s a step-by-step procedure of deep learning-based drug discovery that was employed by the researchers at MIT:

The interesting part of this discovery, as pointed by AI researcher, Andrej Karpathy, is the use of an incredibly small training set of 2335 samples. This success will further promote the use of deep learning for reliable drug discovery.

Machine learning field is now ripe for algorithm-based molecular property prediction to identify novel structural classes of antibiotics. Indeed, adopting methodologies that allow early drug discovery to be performed largely in silico enables the exploration of vast chemical spaces that is beyond the reach of current experimental approaches.

Now the researchers would like to use these deep learning models to optimise the drug in such a way that it goes and attacks only the harmful bacteria and not something beneficial such as those in the human intestinal tracts.

This discovery, believe the researchers, is a paradigm shift in microbiology, and there will be more uses of deep learning, for other stages in drug discovery too.