As happens with most industries, after a phase of rapid growth, through a series of mergers and acquisitions, they progress through a consolidation lifecycle. 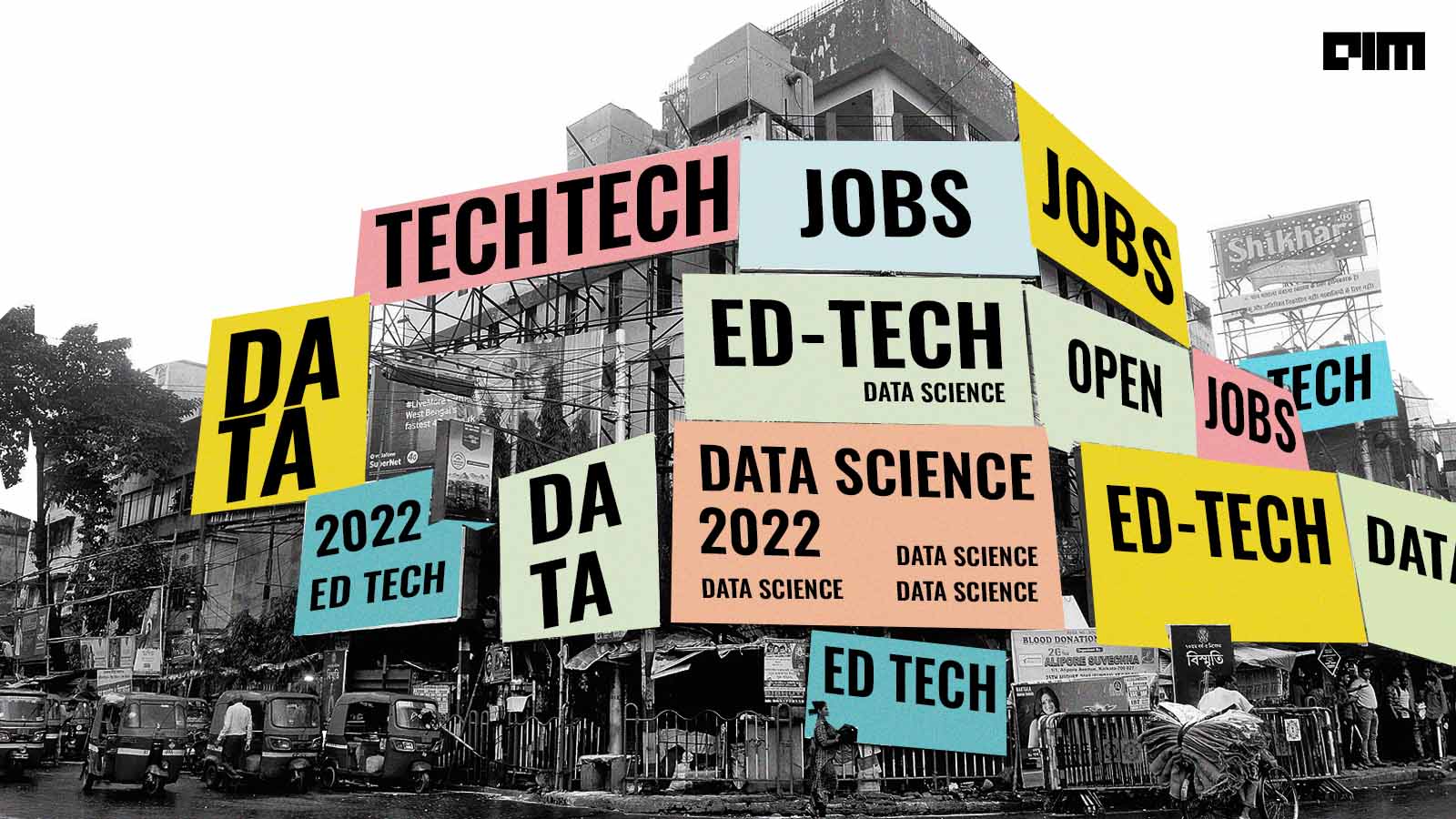 Earlier in May, edtech unicorn upGrad acquired the International School of Engineering (INSOFE) in a USD 33 million share swap deal. A profitable company, INSOFE is an educational institution that focuses on data science, artificial intelligence, and machine learning courses. In the last year alone, upGrad has acquired a few major players in the data science edtech space, including names like KnowledgeHut and TalentEdge.

This aggressive acquisition strategy is not limited to just upGrad. Decacorn Byju’s added Great Learning to its long list of companies that it has overtaken via a whopping USD 600 million deal.

While other industries were busy playing catch up in the wake of the COVID-19 pandemic, one industry that jumped, sprinted and leapt to arguably become the most exciting and fast-paced domain was edtech. The massive growth potential caught favour with the investors as well. Ranking behind just eCommerce (USD 10.7 billion) and fintech (USD 8 billion), the edtech sector raised USD 4.7 billion to emerge as the third most funded sector in 2021. As per data from Inc42, the test preparation startups walked away with the major chunk of the funding – 65 per cent of the total funds (USD 3.06 billion). It was followed by online certification (22 per cent or USD 1.04 billion), K12 (5.7 per cent or USD 270 million), and enterprise edtech (5 per cent or USD 240 million).

In the edtech sector, one area which generated such interest was the data science edtech market. As per a report, the data science edtech market is estimated to grow from USD 103 million in 2020 to USD 626 million by 2025 at a CAGR of 43 per cent during this period. The market for off-campus or online courses, which include executive programs and online certifications, is projected to grow to USD 239.6 million.

This is hardly surprising, given the demand for data scientists being consistently high, translating into heavy paycheques and an exciting career graph. Analysts believe that the number of data science and related jobs will touch 11 million openings by 2026. India alone contributed to 11.6 per cent of the total global data science and related open jobs. Some of the factors that played a part in this are a continuous investment made by domestic companies in developing advanced data science/analytics capabilities; MNCs and IT companies moving their data science jobs in large numbers to india; increased funding of AI/analytics-based startups.

This propelled Byju’s to become the most active media and telecom (TMT) company across the global merger and acquisition market in 2021, a report from GlobalData said.

After the much talked about billion-dollar acquisition of Akash Institutes, a name synonymous with competitive exam coaching, Byju’s next big hunt has been Great Learning.  With Great Learning, Byju’s marked its entry into the professional upskilling and life-long learning space. Apart from the USD 600 million Byju’s spent on acquiring Great Learning, the former has also earmarked USD 400 million for this segment in the near term. In a public release, representatives of Great Learning said that they would now work to accelerate their organic and inorganic growth in India and overseas markets like North America, Canada, etc.

Interestingly, Great Learning recently acquired Singapore-based Northwest Executive Education in a cash and equity deal. Founded in 2015, Northwest Executive education offers management, technology, and other executive courses from MIT, UC Berkeley, Yale, UCLA, the University of Chicago and National University of Singapore, etc., and is expanding across the US, Europe, Asia, and Latin America.

Going the Byju’s way is another major edtech giant – upGrad. It has recently acquired INSOFE (latest), TalentEdge and KnowledgeHut.

In an email interaction with Analytics India Magazine, Mayank Kumar, co-founder, and MD, upGrad, said, “When we look at acquisitions, it’s not just about a business model but is about aligning our vision with the partner brand for driving impactful education at scale. Talking about INSOFE and TalentEdge in specific, these strategic business movements will not only accelerate cost-efficiency but will also empower us with a wider audience reach for further cementing our leadership position in India’s lifelong learning market.”

He also mentioned that upGrad’s analytics vertical, with subjects like data science, machine learning, and business analytics, has grown by 50 per cent in terms of revenue since the first Covid-19 wave in Q2FY21 (JAS 2020) as compared to the third wave during the Q4FY22 (JFM 2022). He predicts that analytics as a domain with data science at its core will continue to grow, thus preparing professionals for the upcoming Industry 5.0.

Scaler, which bagged USD 55 million in a Series B funding round in February, acquired learning platform AppliedRoots in a USD 50 million deal to strengthen its data science, AI and ML offerings. This is the company’s third acquisition after Coding Minutes and Coding Elements in 2021.

It is a general trend observed across industries that after several mergers and acquisitions, many progress through consolidation. As per a study of 1,345 mergers and acquisitions completed over 13 years, once an industry forms, it goes through four stages of consolidation over 25 years. The research predicts that this duration will reduce in future.

Last year, the Hero Group launched Hero Vired in April. Their first program went live in July, and the company has since then introduced many similar industry-relevant programs. As per a few sources, Hero Vired is working on an expansion strategy, and they may be looking at acquiring similarly aligned firms.

Speaking to Analytics India Magazine on the consolidation of the data science edtech space, Dipayaman Sanyal, the head of Academics and Learning, said, “Like the fintech industry, the data science edtech sector is also seeing consolidation. We see bigger companies taking over smaller firms. One of the issues with this trend is that it may affect the risk-taking capability of the acquired companies, as the bigger firms generally stick to traditional and tested ways of operating. But that is how the industry evolves. That said, I am positive that this phase will also give space for newer competitors to emerge, filling the void.”

About the implication of such consolidations, Mayank Kumar of upGrad, said, “We have seen consolidations in the edtech sector over the last 12 months, and I feel that this may slow down now in the current environment. But, the larger companies in this space will continue to chase opportunities to grow market share inorganically. They will continue investing in developing their own delivery channels, offering hybrid learning solutions, expanding platform development, and expanding globally to enter adjacent and associated markets. I also believe collaboration and partnerships will observe a marked increase in the edtech sector. As we proceed from here, we can expect a lot of younger companies at play, and the market will pivot to drive up platform innovation across all micro-levels.”

Subramanyam Reddy, founder and CEO of KnowledgeHut, a company recently acquired by upGrad, believes that some level of consolidation may happen on the short-term horizon. He said, “The data science domain growth is leading to a proportional growth of the data science edtech industry, which is also seeing growth driven by various factors like the pandemic and various government policies. The edtech industry is likely to remain bullish on growth for some time to come.

Considering that the amount of funding will reduce over the coming months, there will be some level of consolidation that might happen in the short-term horizon. However, talking about the online higher education sector, the need for data science has never been more relevant, and we feel it will continue to drive overall growth in this sector.”

Paul Kim, the chief technology officer and Assistant Dean of the Graduate School of Education at Stanford University, in an earlier interview, said that India is in a much better position in terms of data science education because of the presence of multiple technology innovation powerhouses here. He said that while US and China are big contenders, institutional financing and governmental support in terms of policy and regulation would ensure India’s rapid growth in this area.

Even with the world getting back to normalcy and brick and mortar institutions starting to open their doors, these online lifelong learning program providers are unlikely to suffer a major blow. However, as Prof Kim mentioned, traditional establishments must transform to align with competing alternative education options.