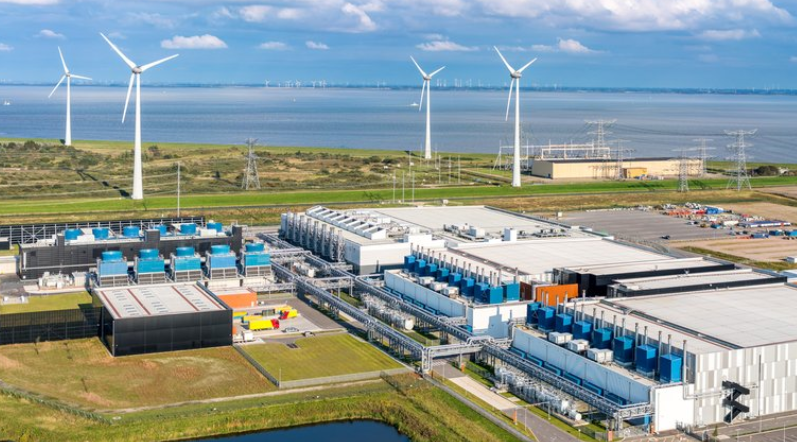 Your emails, tweets, likes, comments and all your online activity pass-through data centres that are located in some remote location occupying floor space, which can be larger than a football field. The virtual world is built on physical infrastructure using up roughly 2% of the world’s electricity. The energy demand is so high that companies like Google and other top players feel an obligation towards finding new methods to make these data centres run efficiently.

Google’s endeavours started back in 2007 when they pledged to make its data centres carbon neutral. Any data centre is typically connected to its regional power grid. The power that is used by these facilities is a mix and also includes some carbon-free sources, particularly when wind speeds or sunlight fade.

Despite the large-scale procurement of renewables, Google facilities still use carbon-based power.

For example, Google buys additional solar energy during the day to compensate for the use of carbon-based energy at night.

On a global and an annual basis, the purchases of solar and wind energy zero out the entire carbon footprint of the electricity use, but Google still considers these approaches to be imperfect.

Google now geared up their efforts and developed a new carbon-intelligent computing platform. A first-of-its-kind system for its large data centres that can manipulate the timing of computation tasks so that the services use non-carbon power sources when there is an ample amount of solar or wind energy. For instance, when solar energy peaks towards noon, the carbon intelligent platform shifts the tasks to use this power.

The team at Google claims that it produced promising results with the platform and without the use of additional computer hardware while maintaining the performance of services such as Maps and YouTube, round the clock.

This carbon-intelligent platform compares forecasts for the following day and predicts the variations in the average hourly carbon intensity of the local electrical grid over the course of a day. Along with this, another forecast predicts the hourly power resources that a data centre needs to carry out its computing tasks.

These forecasts to optimise hour-by-hour guidelines to align compute tasks with times of low-carbon electricity supply. These tasks are prioritised based on their urgency. For instance, adding a filter on Google photos is non-urgent compared to that of Maps. Shifting the timing helps reduce the electrical grid’s carbon footprint, getting us closer to 24×7 carbon-free energy.

Early results demonstrate carbon-aware load shifting works, and by shifting compute jobs, one can increase the amount of lower-carbon energy they consume.

Creating a carbon-free future is an ambitious endeavour, which would need policies and reforms that can facilitate carbon-free energy services and help in appropriately pricing the attributes of different power sources.

The team at Google urges for doubling down on renewable energy purchases in other regions to achieve 24×7 carbon-free energy.

This new carbon-intelligent computing platform focuses on shifting tasks to different times of the day, within the same data centre. But, Google believes that it’s also possible to move flexible compute tasks between different data centres to complete more work as it will be environmentally friendly. The company hopes that its findings will inspire other organisations to deploy their own versions of a carbon-intelligent platform to encourage the growth of carbon-free electricity worldwide.