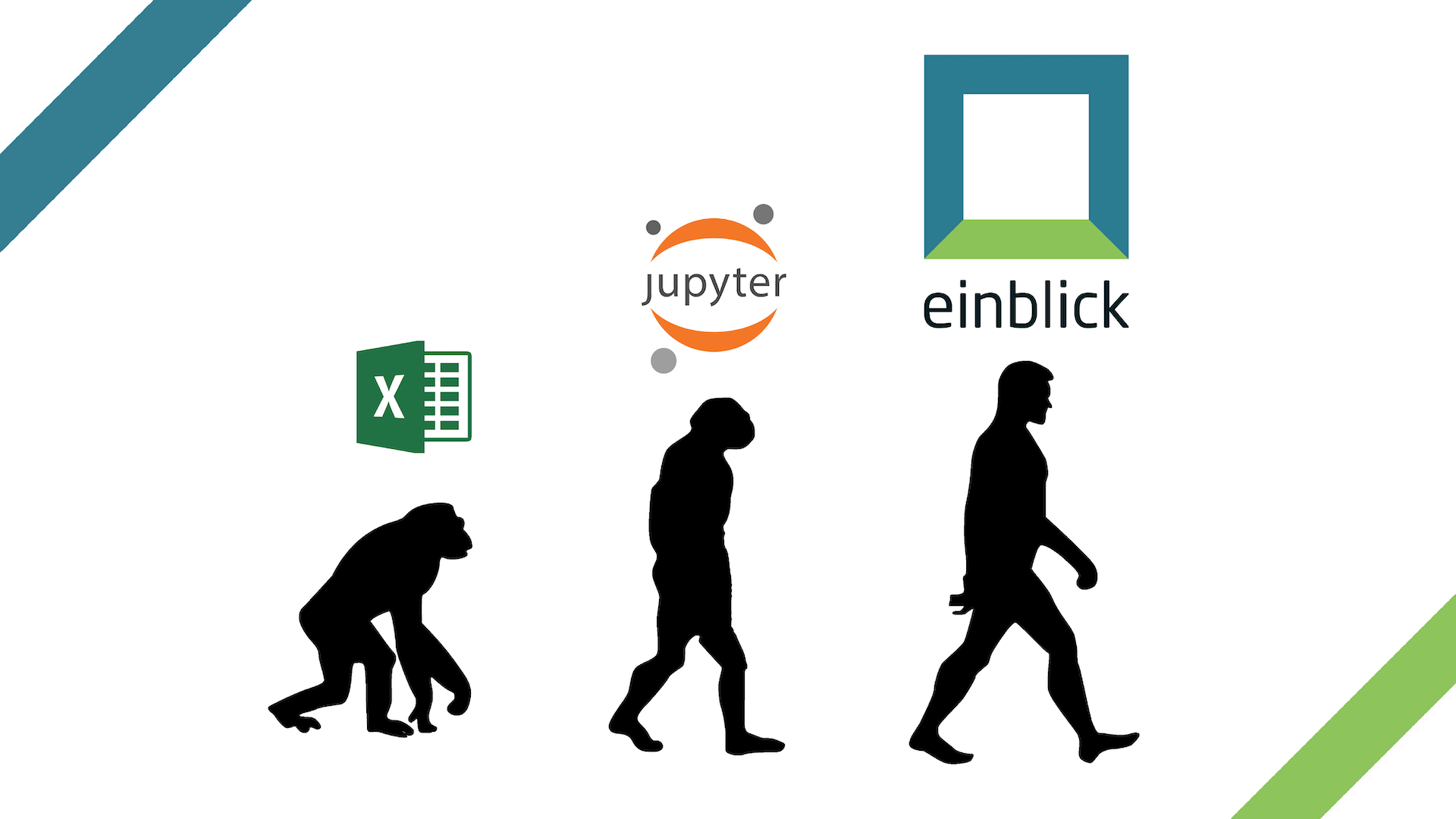 You can do a lot in a notebook–from preprocessing data to EDA to tuning machine learning models–which is great! But, in notebooks, there’s a lot of upfront work that you, as data scientists, must do every time before and as you start analyzing data and building models. Then, you have to scroll through dozens of Python cells to compare models and visualizations.

As infuriating as Python notebooks can be, there are certain aspects of notebooks that are functional and convenient in today’s data science workspace. Einblick eliminates repetitive and mundane everyday tasks with an innately collaborative visual canvas and a remarkably fast progressive computational engine.

To that end, we have embedded some of the best aspects of data science notebooks into Einblick’s platform so that our users can import existing code while simultaneously reaping the benefits of Einblick’s unique capabilities.

The new features equip data scientists with easy ways to continue existing work, collaborate with others, and move seamlessly from any Python notebook to Einblick’s innovative environment.

Get Started with Einblick

In order to leverage all of Einblick’s capabilities on an existing project, let’s first open Einblick’s Main Menu. Once you’re there, you can import a notebook one of two ways.

I) Import a Notebook

Option 2: Drag and drop a notebook into the Main Menu

Now that you’ve imported a notebook, Einblick has created a new canvas, pre-populated with all of the markdown and Python cells from your original notebook. It’s still in the same order, too–but now you have the freedom of an expansive, collaborative, highly visual canvas.

You’ll also notice familiar square brackets on the left side of every Python cell in an Einblick canvas. Now you can track the order in which your cells have been run, regardless of their location on the canvas.

At Einblick, we’ve created operators, essentially pre-packaged bits of code that you can use, so you don’t have to Google syntax–AGAIN. You can find a full list of our operators on the left side of every Einblick canvas. Here’s a short list of popular ones, grouped into categories: