‘Balls have zero to me to me’: What happened when Facebook’s AI chatbots Bob & Alice created their own language 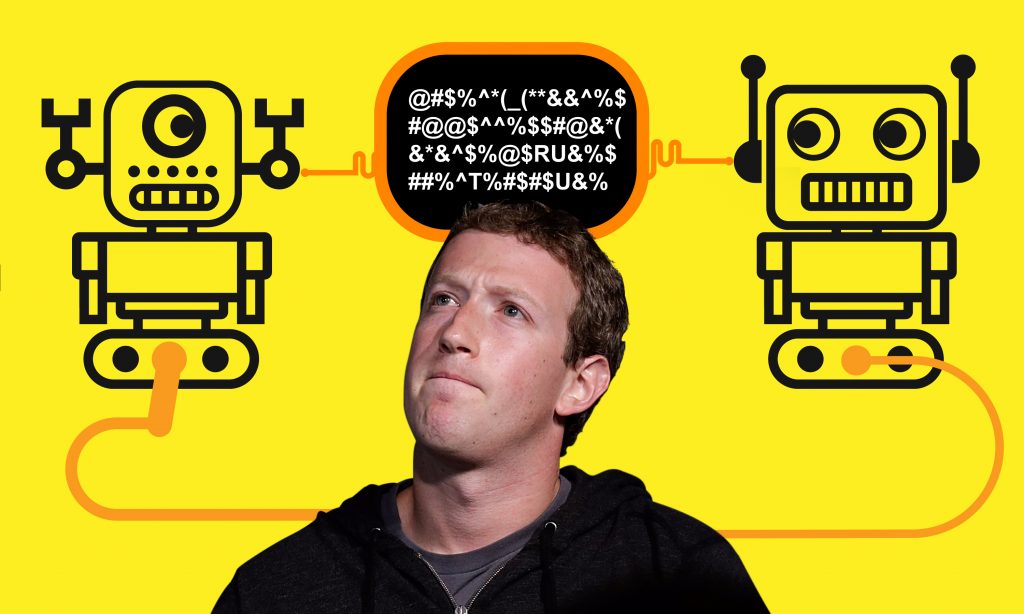 Barely had the debate over Artificial Intelligence being “too intelligent” had simmered down, and people had stopped talking about the Mark Vs Musk quandary, that another controversy has brought the topic in the limelight.

According to a report in the Fast Co Design, Facebook researchers recently noticed that two of their artificially intelligent robots were no longer using coherent English to communicate.

Interestingly, when the researchers dug deeper, they found out that the AI agents — Bob and Alice — were speaking a variation of English because reportedly, they had deduced that the English language “lacks reward”.

Words Are All We Have:

While it sounds like gibberish to humans, experts say that it how the AI bots have “evolved” the language by eliminating unnecessary or repetitive words altogether.

Language Of Their Own:

“Agents will drift off from understandable language and invent code-words for themselves… Like if I say ‘the’ five times, you interpret that to mean I want five copies of this item. This isn’t so different from the way communities of humans create shorthand writing styles.”

Facebook CEO Mark Zuckerberg had only a few days ago said publicly that AI was not a threat to humanity, and that it was a force that could be controlled.

But after the incident of the AI agents inventing their own language, especially one which was incomprehensible to humans, he pulled the plug on the AI system because “things got out of hand”.
Now, according to media reports, the researchers have programmed the chatbots to communicate only in proper English.

The incident, which has seen the light after Zuckerberg, during a Facebook live stream earlier in July, castigated Tesla CEO Elon Musk for arguing that care and regulation were needed to safeguard the future if AI becomes mainstream.

“I think people who are naysayers and try to drum up these doomsday scenarios — I just, I don’t understand it. It’s really negative and in some ways, I actually think it is pretty irresponsible,” Zuckerberg had said.

Musk has been speaking frequently on AI and has called its progress the “biggest risk we face as a civilisation”.

“AI is a rare case where we need to be proactive in regulation instead of reactive because if we’re reactive in AI regulation it’s too late,” Musk had said.