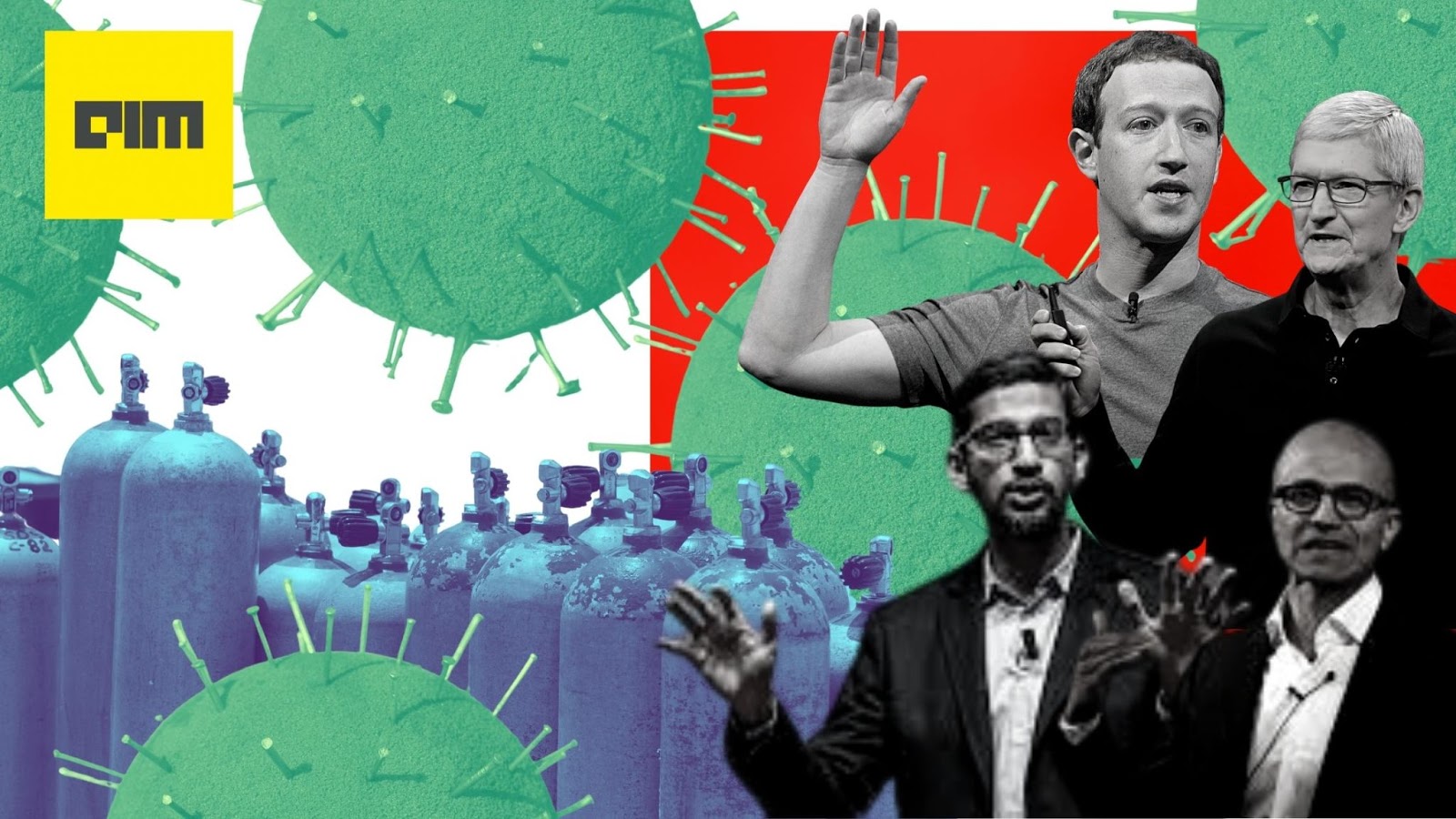 As India gasps for breath in the face of the second Covid wave, tech companies, including Google, Microsoft, Apple, Facebook, Amazon, and Twitter, have come to the rescue of hundreds and thousands of Indians.

With the rise in Covid-19 cases and deaths in the country, the healthcare infrastructure has crumbled, resulting in a shortage of beds, oxygen, vaccine, medicines and ventilators.

The second wave of coronavirus pandemic has impacted the livelihood of people and businesses like never before.

As per the Ministry of Health and Welfare’s latest data, India has 29,78,709 active coronavirus cases. As of Wednesday night, close to 2,01,187 people have died in the country. The actual figures could be much higher, according to a report by The New York Times.

While the healthcare system stands on life support, fake news and rumours on social media platforms such as Twitter, Facebook and WhatsApp are spreading faster than the virus.

Understanding the gravity of the situation, many tech companies, both Indian and global, have extended their support to help Indians.

An “EPIC” Way To Evaluate Reward Functions In Reinforcement Learning