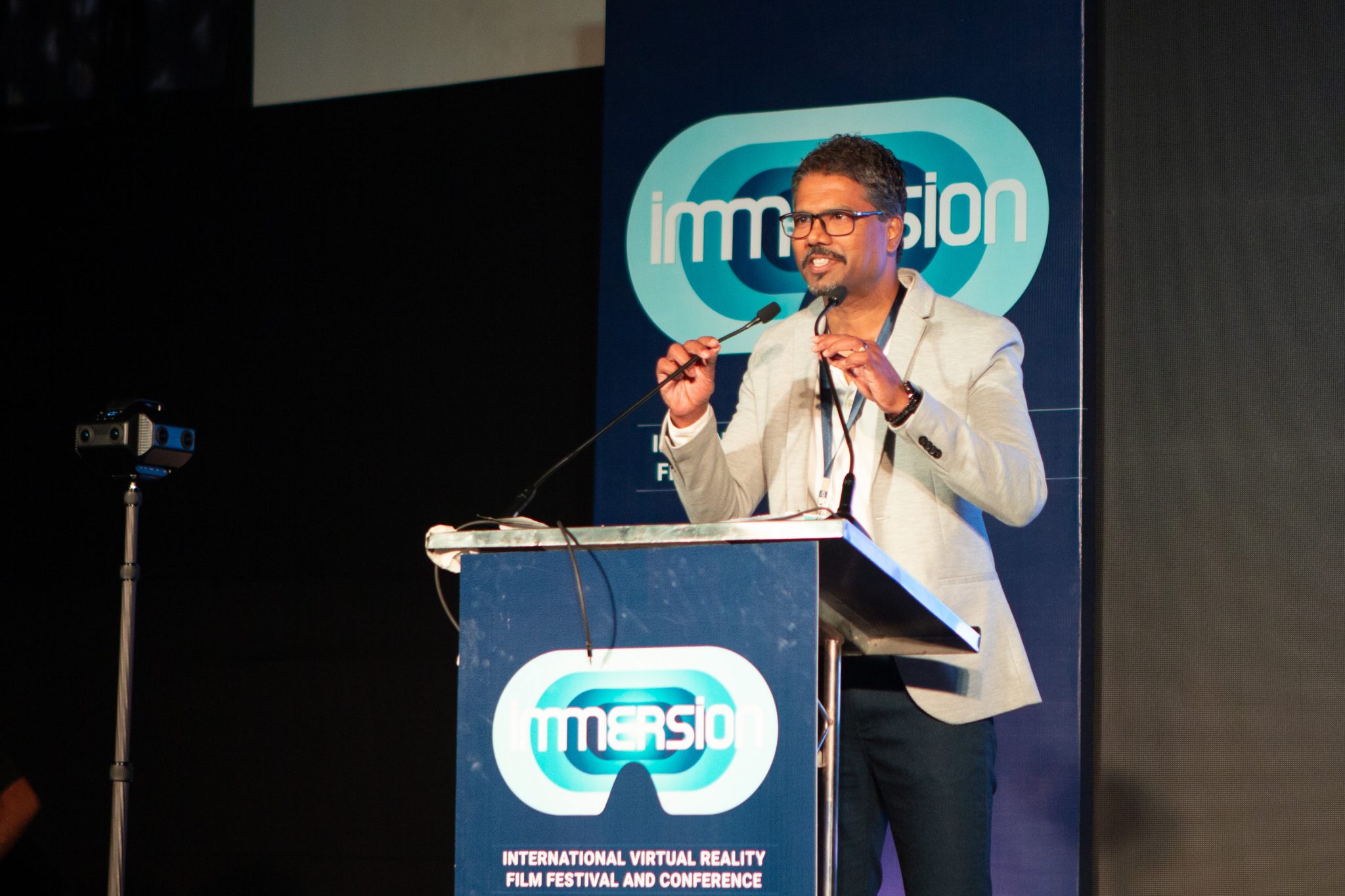 AWS To Platformize Internet of Things (IoT) Innovation On Alexa

Augmented Reality and Virtual Reality technologies have been witnessing an exponential growth in the Indian Market. AR/VR technology has vouched to be the future and potential to impact all possible industry verticals right from education, healthcare, retail, travel, training, simulation, entertainment & gaming industry.

According to reports, Augmented Reality and Virtual Reality market are expected to grow at an estimate of 6.5 billion by 2022. Currently, India’s AR/VR/MR industry is in its nascent stage and it is growing eventually.

With such a goal, a Mumbai-based Extended Reality venture called XROM is working hard to design and shape India’s AR/VR/MR growth story. The vision is to solve the accessibility problem and bring some of the best Global AR/VR/MR Products to India. The company was founded by Eddie Avil and Ashley Rodrigues with a vision to celebrate, showcase and shape India’s AR/VR/MR industry.

The startup might be founded this year but the foundation was started back in 2016 through “VR Storytellers” which is an Immersive Experiential VR Content Studio. The founders built their own Robotic Dolly and 16 Camera VR Stereoscopic Rig and produced India’s 1st cinematic VR experience known as CRACKLE. Being a bootstrapped venture, the company did face lots of challenges such as limited resources but it is holding back the things to grow the business.

This year in October, the company launched three business verticals as mentioned below

XROM Is Tackling The Hiring Phase

While talking about the hiring phase, Eddie replied that there is a huge talent crunch, acquiring AR/VR Developers isn’t easy and that is why it is a super lean two-member team. Currently, the startup is sticking to hiring freelancers for commercial jobs and they are looking forward to growing the team in the near future.

Talking about the roadmap, Eddie replied that the company has built an ecosystem that would be beneficial for any AR/VR/MR Startups, also, they are working on offering collective/collaborative services and solutions to the enterprise. Currently, the startup is working on offering education institutes licensed/ personalised curriculum along with the entire backend right from VR headsets, hardware, sync software to support.

AWS To Platformize Internet of Things (IoT) Innovation On Alexa

How To Get The Best Out Of Your Freelance Data Scientists

Top 5 Most Useful Tools All Data Science Freelancers Should Know