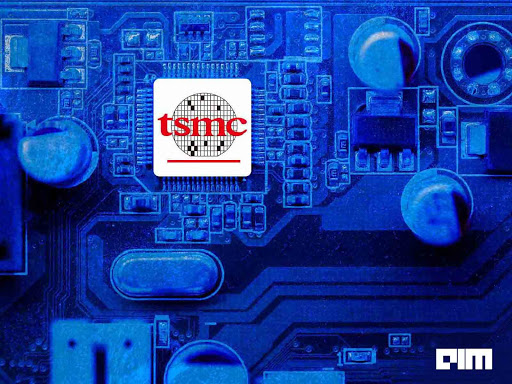 Intel has reportedly decided to outsource the production of its second-generation discrete graphics chip (DG2) to the Taiwan Semiconductor Manufacturing Company (TSMC).

SMC is the world’s largest contract chipmaker, with Apple being its most famous client. It is the first foundry to offer 7 and 5-nanometer production capabilities, where the latter is applied to the new Apple A14 SoC. TSMC will also reportedly provide the 3nm nodes, at least by 2022.

The foundry reportedly logged almost 50% rise in net income in 2020, its fastest growth since 2010.

Here we look at the company’s growth trajectory over the years.

Intel used to be the industry leader in chip-making. However, the company, after losing its manufacturing edge, has been considering outsourcing its flagship processor chips.

For long, Intel has only outsourced the production of its lower-end chips. The manufacturing of its flagship processors — its core strength — has been done in-house as these chips were customised in line with the company’s manufacturing process, limiting the ability to outsource them.

However, according to the latest reports, Intel is inclined to outsource the DG2 for personal computers to TSMC. With this, the chipmaker giant hopes to fight the rise of the rival NVIDIA and AMD in the gaming chip arena in the price bracket of $400- $600. The DG2 chip may be released by the end of 2021 or in early 2022.

TSMC has produced over half the world’s contracted semiconductor chips. It services Apple’s iPhones, Amazon cloud computers, and even military fighter jets such as Lockheed Martin’s F-35.

Being the main chipmaker for Apple and likes has helped the foundry attract a lot of investor interest, sending its stock soaring at 70% from the beginning of 2020.

TSMC remains a leading name in the pure-play foundry business, a position backed by years of diligent investment in research and development. The company has been continuously increasing its manufacturing capacity since its inception in 1987. TSMC is also the first semiconductor company to offer a commercial extreme ultraviolet lithographic process called N7+. This process offers higher transistor density and lower power consumption.

As of now, TSMC is a way ahead of the pack. Its rivals are either very far behind, like United Microelectronics Corporation, or fighting American sanctions, as in the case of the Semiconductor Manufacturing International Corporation (SMIC).

TSMC has also emerged as the most advanced foundries in the world serving Apple, Qualcomm, NXP Semiconductors, among others. In Apple’s case, TSMC is the major chip provider for its iPhone and iPad chipsets. As per recent reports, TSMC is now roped in to manufacture self-driving car chips for Apple.

TSMC has also benefited from the general upward trend in the foundry industry. In a recent IC Insights report, the pure-play foundry market, of which TSMC is a major player, was projected to grow by 19% in 2020, after suffering a slight decline of 1% in 2019. This prediction was backed by the spike in demand for application processors and sales of 5G smartphones.

At the tail end of 2020, TSMC was caught in the middle of the US-China trade war. In 2019, the USA put brakes on China-based Huawei’s purchasing of USA technology. Later, the US banned the export of US-based technology to Huawei.

TSMC had invested $12 billion in Arizona. However, in the light of the US blacklisting, TSMC was forced to cut exports to HiSilicon Technologies, Huawei’s chip design subsidiary and TSMC’s second-largest client. Things took a turn for the worse after the Trump administration forced Taiwan to curtail its business with China, which accounts for one-fifth of its revenue.