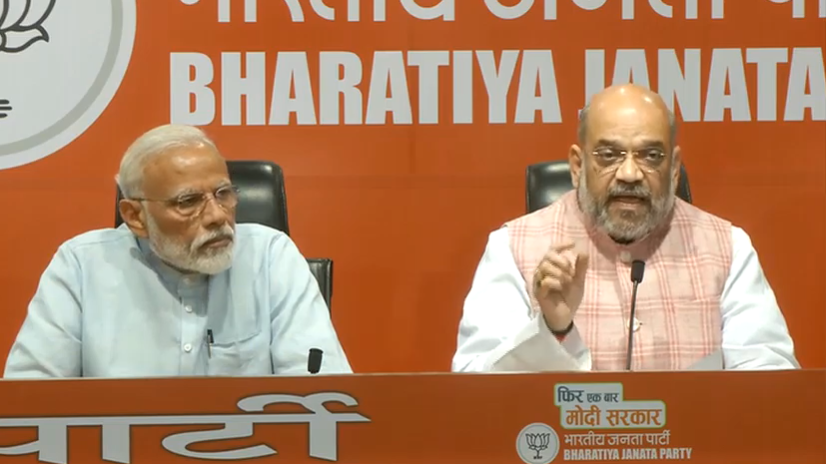 With just a few hours left for the final election verdict to be out, the tides are in favour of Narendra Modi-led NDA government, who is set to retain his reign for the second time.

Though the official announcement of the results is yet to be made, the BJP is presently leading the race with 292 seats during the early phase of counting, and if this surge continues, BJP would come back to power with even stronger results, as compared to 2014 where BJP won by f won 282 seats in majority out of 543. This also reinforces the fact that the Exit Polls 2019 were correct.

While Modi contested from his 2014 seat in Varanasi and is presently leading the race by an impeccable one lakh votes, Rahul Gandhi who fought from his strong of Wayanad and Amethi, he is likely to witness a set back in the Amethi, as he would be trumped by Smriti Hirani.

Modi 2.0 – What It Will Mean For Indian IT Sector

With NDA poised to return stronger than before, the India IT sector is upbeat about the Modi’s comeback and key players are optimistic that the sector will witness an upward growth during the next five years.

The effect of which as seen in the Indian stock market, as it surged by nearly four per cent post the announcement of exit polls which predicted an easy win for NDA. A day after the exit poll announcement, NIFTY gained 421 points, its biggest one-day gain since 2009 and the market witnessed a spike in buying interest in banking, technological and infrastructural solutions.

Speaking on the importance of cabinet birth announcements and policy change,  Dhiraj Relli, MD & CEO, HDFC Securities reportedly shared, “Over the next three days, markets could look up to corporate results and/or global developments. For a large change in inflows, key cabinet berth allocation and initial policy announcements will be keenly awaited.”

As we spoke to a number of key players from the analytical sector, the majority of them are optimistic about the upcoming government, speaking on their expectations from the government, Kartik Agarwal, CEO at Staunch–said,”Now with BJP coming in power again, we have a huge expectations ranging from Clarity on angel tax to tax exemptions on ESOPS, easing active compliance norms and state level funding & infrastructure support.”

Reflecting on the NDA’s key policies, especially that of NITI Aayog in adoption emerging tech like AI and ML, Rashi Gupta, Co-founder & Chief Data Scientist at Rezo.AI said, “We applaud the NITI Aayog’s plan to create an institutional framework for artificial intelligence (AI) in the country. We look forward to the next 5 years of the new government and are positive that it will continue its focus and support to the startup ecosystem; especially to give a push to adoption of AI in India.”

Though India’s startup ecosystem has seen increased growth in the last few years, key players in the field believe that more needs to be done to make the environment conducive for their growth.

“The Indian start-up sector have already been ignited in the past five years with favourable policies around taxation and investments. But active government involvement is the need of the hour to resolve challenges such as unemployment, and funding for the growth of the industry and the economy at large,” points out Juergen Hase, CEO, Unlimit, a startup that focuses on IoT solutions.

While Rajan Sharma, Founder and CEO, Excess2Sell said that the present policies need to be continued in the coming years for it to be successful, “I believe corporate India, especially new age technology-based businesses like ours welcome the incumbent Government to carry on for one more term. The actual benefits of the various tough economic measures which the Government took in the first term will start yielding results now. The direction which India has taken vis-à-vis the world needs continuity. Look forward to the Government’s continued push to digital, e-commerce economy.”

Tech leaders also reinforced that SMEs and startups require support from the government’s end to grow and thrive in the overseas market, which is presently entangled in visa struggles to trade war narrative.

Among the tech sector, however, some believe that political outfits wouldn’t have a significant bearing on the growth of IT sector beyond a point.

Stating that tech sector is one of the key areas of focus for governments across the country, K.S. Viswanathan, vice-president, industry initiatives at Nasscom, said that no administration can negate its importance as they recognised the value of the Indian technology industry, and including the contribution to GDP, revenues, jobs, skilling, and technology implementation to solve social problems.

“We expect the 2019 Lok Sabha elections to bring a stable government which can take quick decisions for long term benefits. One of the main expectations would be to re-evaluate the duties on introducing emerging technology and products in the country, to make them accessible to a wider population,” noted Vishal Parekh, Marketing Director, Kingston Technology India.