Musk can take a leaf out of Spotify’s book. The streaming company has refused to pay the 30% tax levied by Apple and are offering their premium subscription on the web for USD9.99. 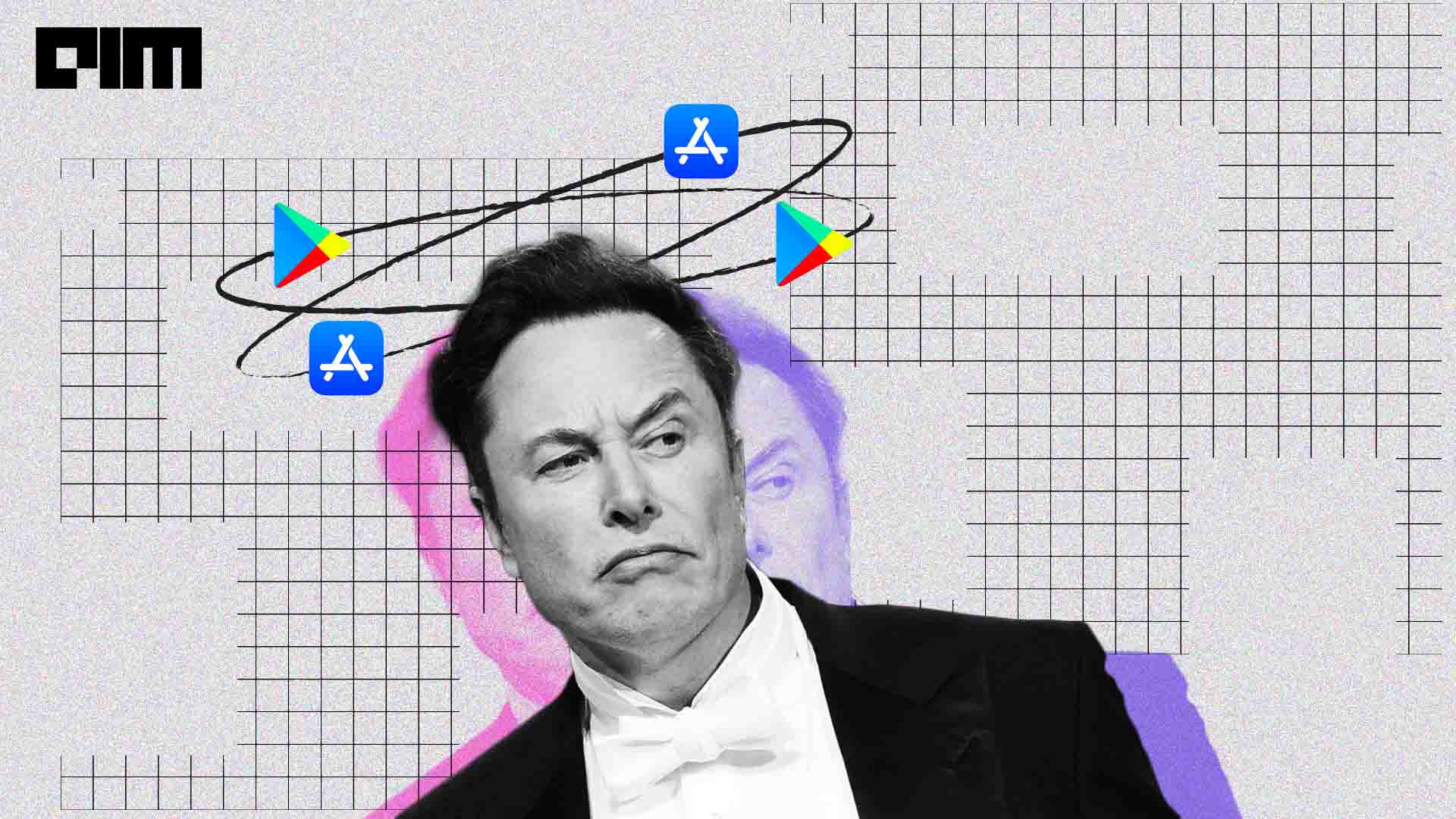 While it’s difficult to know what Elon Musk’s vision for Twitter is, one thing is certain that Musk wants to make the microblogging platform a profitable business.

However, Apple and Google’s App store fee stands in the way. Musk tweeted, “App store fees are obviously too high due to the iOS/Android duopoly. It is a hidden 30% tax on the Internet.”

Further, Musk has advocated for free speech on Twitter, which could possibly mean a concurrent increase in ‘hate speech’. Bloomberg reported that not having stringent moderation policies in place could lead to Twitter being removed from the Apple Store.

Apple has not hesitated in the past to remove apps from its store that do not meet its requirements. Last year, Apple removed ‘Parler’ from its app store after accusations were made that the app was being used for inciting violence amid the raid on the US Capitol.

One of the major announcements that Musk made after taking over Twitter was to monetise the ‘Blue Tick’. Set to launch on November 29, Musk plans to generate at least half of Twitter’s revenue from the coveted blue tick subscription model. However, it appears unlikely with Twitter paying 30% of every dollar they earn to Apple and Google.

Surprisingly, Elon Musk is not the first notable figure to criticise Apple and Google’s duopolistic hold on the app store market. Earlier, Mark Zuckerberg has launched a scathing attack on the app store duopoly.

“The lack of choice and high fees are stifling innovation, stopping people from building new things, and holding back the entire economy,” Zuckerberg said in his address at the Facebook Connect 2021 event.

Musk also tagged the Department of Justice’s antitrust division on this tweet, which is reportedly investigating Apple for its app store rules which impedes market competition.

In fact, the Competition and Market Authority (CMA), UK’s antitrust watchdog, has announced that they are launching an in-depth investigation of Google and Apple’s dominance in the web browser segment.

“Many UK businesses and web developers tell us they feel that they are being held back by restrictions set by Apple and Google,” Sarah Cardell, interim Chief Executive of the CMA, said in a statement.

A battle has been brewing between developers and the app stores for some years now as they feel the squeeze of the high tax levied by Apple and Google.

In response, Apple and Google argue that they have developed the operating systems, vet the apps and manage security and keep out malware. For developers who make less than USD 1 million a year, Google charges 15% in fees. Similarly, these developers can receive 15% commission through Apple’s App Store Small Business Programme.

However, the tax charged still remains relatively high and their duopolistic hold discourages competition. In 2020, Epic Games, the company behind the popular game ‘Fortnite’, offered their customers the option of purchasing Fortnite currency directly from Epic in order to avoid the 30% tax. As a result, Apple removed Fornite from its app store.

Epic Games argued that Apple makes it mandatory for all mobile apps to come through its app store, but Epic Games and their customers should have alternatives.

Musk has previously tweeted in support of ‘Epic’, more than a year before taking over Twitter.

Musk’s decision to gut Twitter infrastructure and let go nearly 5000 of its staff were part of their cost-cutting strategy. As things are moving, it is evident that Musk does not want to pay the 30% and 15% tax to Apple and Google. So, what are his options?

Musk can take a leaf out of Spotify’s book. The streaming company has refused to pay the 30% tax levied by Apple and are offering their premium subscription on the web for USD9.99. Whereas, a similar purchase through the app store would cost the user USD12.99.

Alternatively, Twitter could legitimise a new app store, according to Balaji Srinivasan, former CTO at Coinbase. He said, “Elon Musk has the distribution.”

China-based phone making giants such as Xiaomi, Oppo and Vivio have already shown the way. Known as the Global Developer Service Alliance (GDSA), the platform will allow developers outside of China to bring their applications to millions of people globally. Samsung also has a parallel Galaxy Store on their phones.

“Xiaomi and other Chinese manufacturers have already shown a path to an Android-based parallel App Store, so we know it’s possible. And Twitter’s Android client needs love too for international growth,” Srinivasan said.

Besides, App Stores like ​​Aptoide have existed for a very long time now. Founded in 2011, it has around 300 million users, 7 billion downloads and around 1 million users listed on its app.

“As a user generated content platform, in Aptoide everyone can have their own app store while app developers can find an alternative distribution channel for their creations,” the company said.

Implementing a Web3 model and blockchain could fundamentally help Musk overcome the challenge of moderation. Blockchain could also open the doors for Musk to introduce a frictionless method to pay for in-app items and avoid the 30% app store tax.

Many Web3 enthusiasts also believe app stores of the future will be based on blockchain. Magic Square, a Web3 startup, is developing a decentralised marketplace where developers decide how much they pay for each user acquired.

Web3 could possibly be an attractive proposition for Elon Musk to deal with the App Store conundrum.

BluSky was incubated inside Twitter, and it received USD 13 million from Twitter, and the original plan was to integrate BlueSky’s technology with Twitter. Musk, in fact, referred to BlueSky as a super interesting idea.