How Netflix and its competitors are relying on analytics? 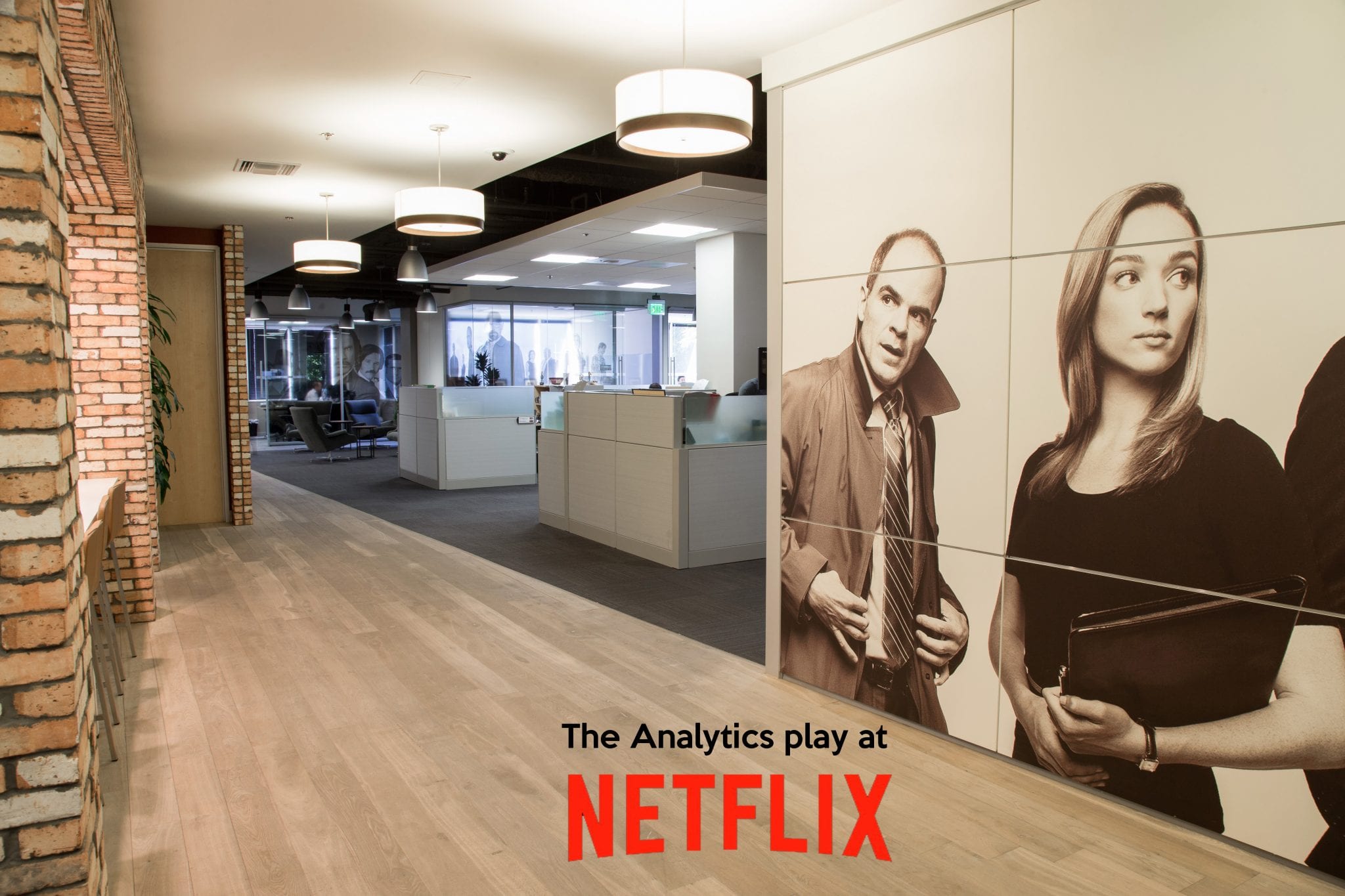 It’s the world of internet and the online streaming media such as VOD/OTT platforms have become nothing short of a rage. Netflix, Hotstar, Amazon Prime Video, Voot and similar mediums are the “must-haves” today and why not, they are the complete entertainment pack that has everything from movies to series, to amuse audiences of every age.

And talking about one of the oldest mediums is Netflix- going back to 1997 that has been entertaining American audience for a decade and has come a long way both in terms of growth and popularity since the days of DVD rental services to streaming the most successful and original shows online. And it off course flaunts a stupendous online library of films and television, like none across the globe.

Let’s scroll through some interesting facts and figures of Netflix:

Why is Netflix such a hit?

With such impressive numbers, we wonder if the recent entrants and contemporaries such as Hotstar or Amazon Prime video would be able to taste the same success as Netflix? Before we get into that, you must be wondering, why talk about Netflix or a Hotstar here?

Well, not many may be unaware that the underlying battery driving Netflix’s success is- Analytics. Machine learning, data analytics and predictive analytics have been the secret and the inevitable ingredients to Netflix’s popularity. Let’s try to understand how?

Netflix- All about recommendation engines, machine learning and data mining

Netflix Prize– an open competition by Netflix to get the best collaborative algorithm to predict the user ratings for the films is the most important string which leads to Netflix’s reliability on machine learning and data mining.

Netflix maintains an extensive personalized video-recommendation system based on ratings and reviews by its customers. And to improve upon the accuracy of predictions, this competition was declared on October 1, 2006 for a winning amount of $1,000,000. The idea was to develop a video recommendation algorithm that could beat its existing algorithm Cinematch, and predict customer rating by more than 10%.  All this had to be achieved by the participants without any other information about the user or the film!

After 3 years, the prize was offered to the team “BellKor’s Pragmatic Chaos” which could successfully crowd source a movie recommendation algorithm delivering 10.06% improvement in prediction accuracy over the existing system. The team was an international coalition comprised of teams BellKor, Big Chaos and Pragmatic Theory.

Sadly, their efforts were left unimplemented because of a lot of factors like Netflix’s transition from DVDs to an instant streaming services just a year after the competition was declared. It not only changed the way their customers interacted but also the type of data available to use in the algorithms. Second reason that Netflix stated in their blog was “Additional accuracy gains that we measured did not justify the engineering effort needed to bring them into a production environment”.

Nevertheless, two algorithms did get implemented, but that came from the team Korbell (later named Bellkor’s Pragmatic Chaos, with newly added members to the team), which was a winner just a year after the competition started.

Named- Matrix Factorization and Restricted Boltzmann Machines, these two algorithms were put to use after overcoming some limitations such as- they were built for handling 100 million ratings instead of around 5 billion that Netflix received back then. Another shortcoming was that they were not built to adapt with more ratings that members added. These algorithms are still used as a part of their recommendation engine.

An in-depth analysis of the analytics adoption at Netflix

Collaborative Filtering and Market Basket Analysis– two important data mining and machine learning concepts used at Netflix, aim for high frequency transactions and enabling personalized recommendation.  So, at the very base there lies analytics which goes way beyond just the views.

Netflix is a data driven company and it doesn’t pick shows/movies at random. For instance, it may appear that Netflix chose to showcase its much popular series House of Cards because it had a popular plot, but the reasons for this decision came largely from the most important factor- “data”. Streaming House of Cards culminated from a lot of observations such as the British version of House of Cards was a success, people liked watching David Fincher directed movie The Social Network from beginning to end etc.

The quantitative data which comes as a result of applying analytics, allows Netflix to make a better, more informed decisions, unlike the traditional television networks. And this data comes from its humongous 93.80 million customers streaming worldwide.

At Netflix it can track things like how many people watched the complete season, how many who watched season 1 are likely to watch the next season, what are the common cut off points for the users, the time gap between the two episodes of a series, the date it was watched, where was it paused, browsing and scrolling behaviour and much more. It then gathers this data to see user trends and understand engagement at a deeper level. They are also using personalization algorithms that aim to accurately predict what users will watch next.

Showcasing data and analytics as the biggest asset for them, Netflix has been constantly adding newer shows, documentaries, stand up comedy and much more to stay much ahead of the race.

Are Indian contemporaries using Analytics? Will they be as successful as Netflix?

“There is no denying that exciting things are happening in the field of online video in India now. With the entry of global VOD giants like Netflix and Amazon Prime and the emergence of homegrown OTTs like Hotstar and Voot, the audience is spoilt for choices”, said Vidooly, a video analytics platform, in one of its statements to AIM. But does any of these Indian counterpart use data and analytics the way Netflix does? Will their entry into the market give a tough call to Netflix?

Well, to some extent they are definitely relying on parameters such as data and analytics but in the current scenario, they are mostly being explored in the advertising domain. The focus of these tools are on understanding websites’ viewing behaviour rather, unlike in the Netflix, where the focus is on content viewership. Given the fact that Hotstar is video streaming platform owned by Novi digital company, which is a data-driven digital marketing company, there are clear indications of the use of analytics.

The idea of recommendation engines is at a nascent stage when platforms like Hotstar or Voot is concerned, firstly because they are very new to the market and secondly because these are OTT based platforms unlike Netflix which is VOD. Though, some of the features in Hotstar like seamless video playback and smart search are indicative of the usage of advanced technologies, there is no clear insight on it using predictive analytics and similar tools for the purposes similar to Netflix.

Given the fact that recommender system provides an effective way for the companies to target their products and services to improve their potential for revenues and for the customers to have options based on their likes and dislikes, it would be interesting to see the new entrants in the online video streaming field using data analytics to find meaningful and systematic patterns in data.