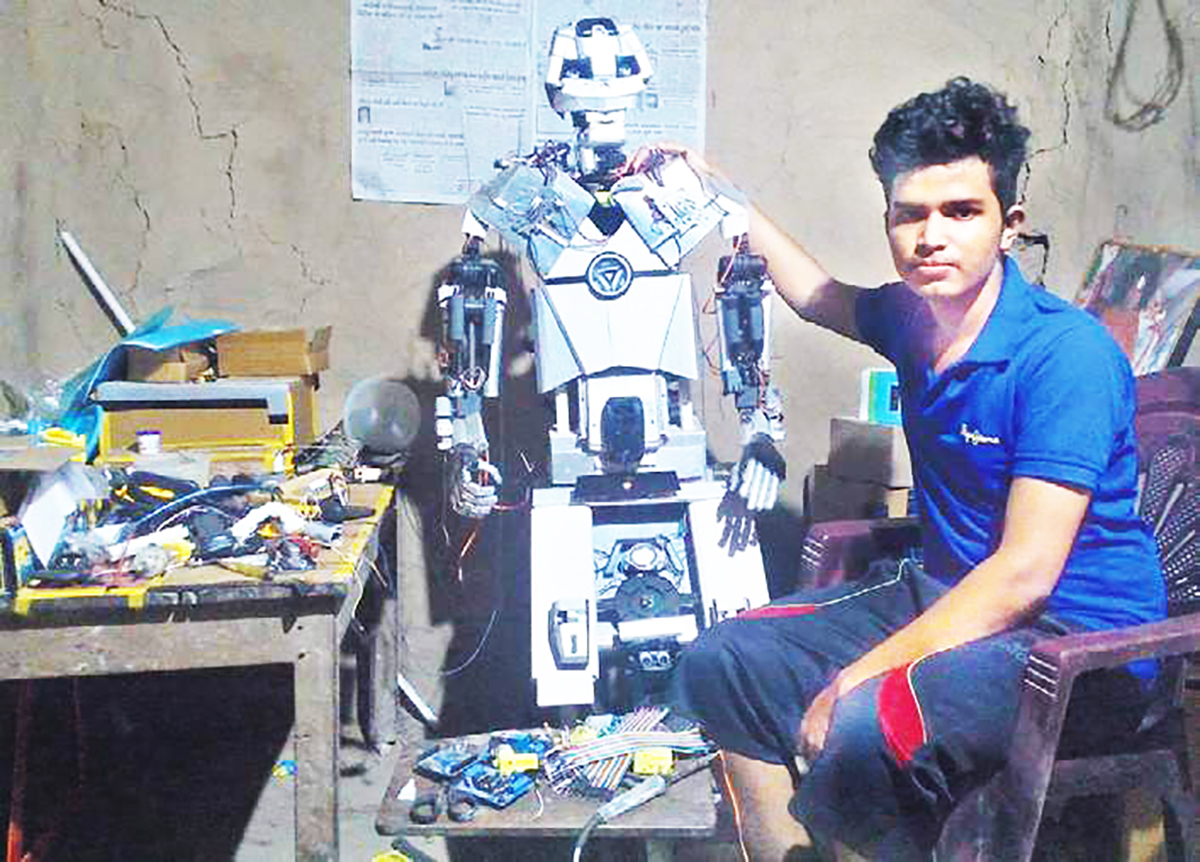 Developing a humanoid robot at an age when others would probably take a back seat after the schools are over, is a no ordinary feat. This boy from Odisha’s Balasore district claims to have successfully developed a humanoid robot, that, with its artificial intelligence algorithms can guard the border.

Border conflicts in India unfortunately is a common scenario that claim lives of Indian soldiers engaged in fatal ambush. With an aim to guard the soldiers, this humanoid robot named Atom 3.7 has been developed by this teen to replace human workforce in fields such as defence, manufacturing industry, to name a few.

The robot by Neelamadhab Behera of Santaragadia village, a 17-year-old teen reacts to every direction and command given to it and acts accordingly. Currently a science student at Talanagar College near Soro, he spent nearly INR 4 lakhs for the project. The work which started in Jan last year has been witnessing quite a success since its developed.

Neelamadhab Behera, the proud creator of this humanoid has been an avid follower of technology and his first stint with creating a robot was few years back, which was unsuccessful.

Belonging to a family with a modest background, it was with his passion and dedication  that led him to create a lab of his own with asbestos roof and mud walls. Deriving inspiration from internet and his teachers, he created a humanoid, first of its kind in Odisha, despite many hurdles on its way.

The humanoid robot uses various sensors such as accelerometers to measure acceleration, tilt sensors to measure inclination, vision sensors that work as eyes of humans, among others.

The ambitious kid who aims to pursue education in robotics wants to work on a multi rotor drone one day that would work for safety and security of women.