Startup Layoffs May Overshadow Layoffs from IT Industry

With the most prominent foreign venture capitalists themselves taking a severe beating, it’s no surprise that Indian startups are facing the brunt 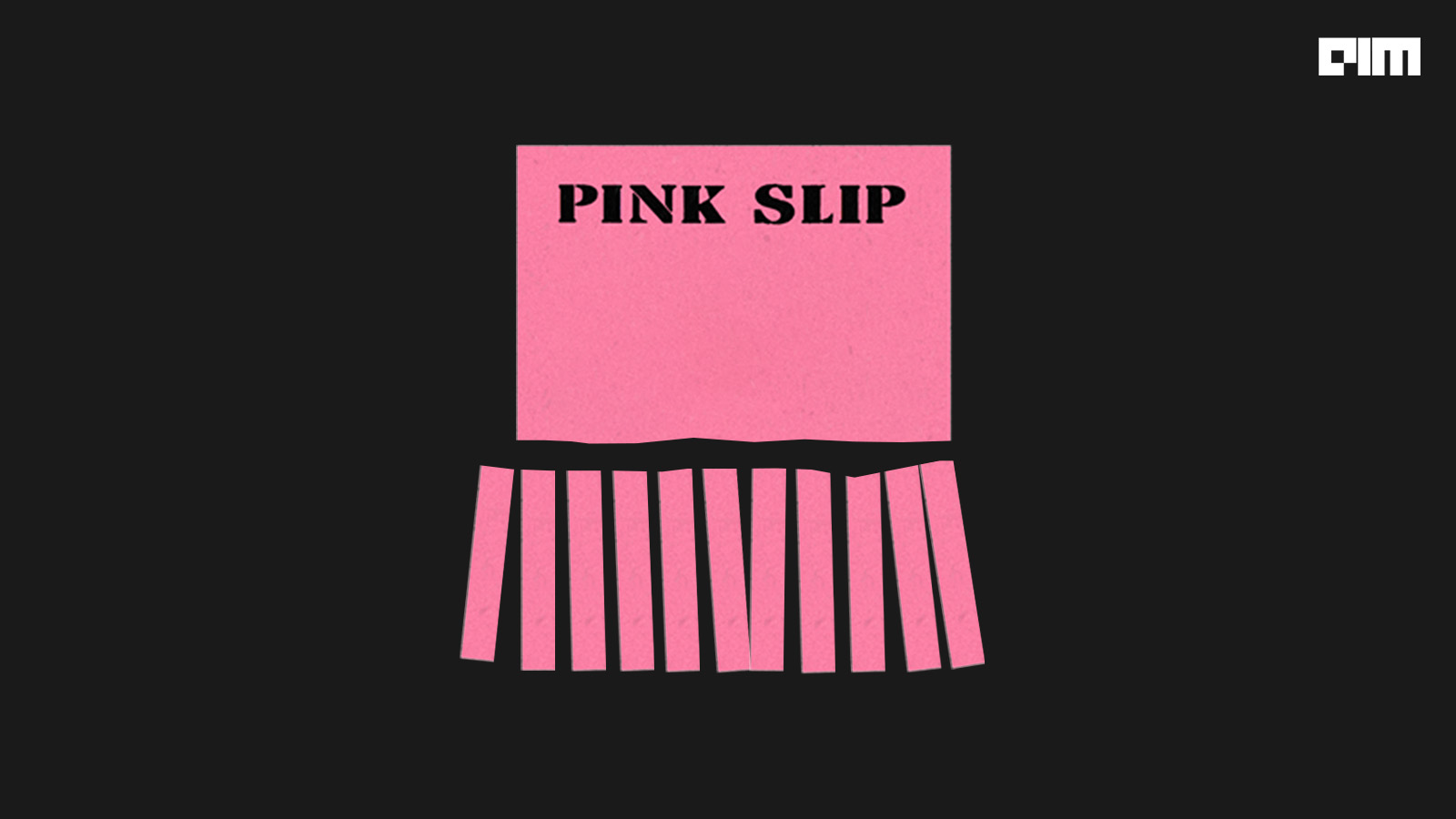 With a wrap on the earnings season for Indian IT companies, the contrast between the state of the sector and Indian startups gets starker. Even as the anticipation of a recession feeds fears of a cut in IT spending, Indian IT has done reasonably well. The continued robust demand for Indian IT services was cut by caution due to the overall macroeconomic environment. In comparison, the job crisis in the Indian startup scene looms large.

For the Indian IT majors where capitalisation isn’t an urgent matter, hiring pushes on but startups are in the deep end. Startup funding has taken a massive nosedive with late-stage funding falling by close to 80% on a year-on-year basis in the third-quarter, according to a Tracxn report published last week. The report stated that Indian startups raised USD 3 billion this quarter which was 57% lower than the same quarter last year.

The report also stated that the average ticket size investors were buying had also dropped across all funding stages – late stage funding had fallen the hardest (by 70%) from USD 142 million in the third-quarter of last year to USD 42 million this year, signalling that investors want to stay away from putting in serious sums of money at the moment.

India’s startup dream-run began turning sour in January but picked up pace as the year trudged along competing with the bloodbath in the US. According to a Crunchbase report, 22,000 techies had lost their jobs in the US by July this year. The Indian startup ecosystem wasn’t too far behind with more than 12,000 layoffs for the same duration.

The wave that Indian startups were riding was higher than its neighbouring countries when times were good, likewise, the dips are lower too. Numbers from a report by CB Insights showed that the downturn in India was more pronounced – India’s venture capital funding that went to Asia decreased by close to 14%, lower than 22% in the previous quarter. In the same time period, China’s venture capital share increased from 34% to 42% on a quarter-on-quarter basis despite overall VC funding slowing down in Asia.

On a quarter-on-quarter basis, VC funding globally fell by 34% and VC funding in the Asian market fell by 33%. Indian VC funding on the other hand crashed more sharply. The country’s third-quarter figures since the second-quarter of 2020, the peak of the COVID-19 pandemic. At just USD 2.8 billion spread thinly across 287 deals, VC funding dropped to its lowest in ten quarters. In the last quarter, VC funding was 58% higher with USD 6.6 billion across 404 deals.

Why have the funds dried up?

With the most prominent foreign venture capitalists themselves taking a severe beating, it’s no surprise that Indian startups are facing the brunt. On September 30, Bloomberg reported that Softbank’s Vision Fund, which has a history of backing some of the most successful Indian startups like Ola, Paytm and Firstcry, was reducing 30% of its global workforce or between 150 to 500 employees. For its earnings announced in the quarter ended June, Softbank registered a record-setting USD 23.4 billion loss, due to the Vision Fund which has been prolific in the recent past – it has backed more than 470 startups globally within the past six years.

In July, founder and CEO, Masayoshi Son stated that the company was to review its organisational size and structure indicating it would kickstart cost-cutting processes soon. At that time, Son also said that founders of unicorns weren’t willing to accept lower valuations in fresh funding, due to which he believed that the startup winter might stretch on for unlisted startups.

According to data from Venture Intelligence, US hedge fund Tiger Global also trimmed its investments in Indian startups with most of their deals being given to early stage or up to Series D. The investment firm, which handles USD 75 billion private equity and public funds, is going through a rough year with its losses growing to 52% by May due to a large sell-off of US tech stocks.

Just last week the Indian rupee hit the bottom as compared to the US dollar which kept touching new highs post a statement that the US government wasn’t looking to weaken its currency. The US Fed hinted that it would keep interest rates high to control inflation unnerving Indian startup founders further that foreign capital flow would decelerate even more.

A report by National Venture Capital Association (NVCA) and Pitchbook released last week stated that US venture capital money in late-stage Indian startups had fallen by 62% in the third-quarter to USD 24.9 billion.

Co-founder of Tracxn, Neha Singh, reiterated that the Indian startup slackening was here to stay saying, “Our quarterly startup report confirms that India is currently experiencing a funding slowdown, which is expected to continue for the next 12-18 months and the effects of the funding slowdown are expected to intensify. To add to their woes, the recent energy crisis in the UK and Europe and also the sliding GBP and EUR have increased the likelihood of a global recession.”