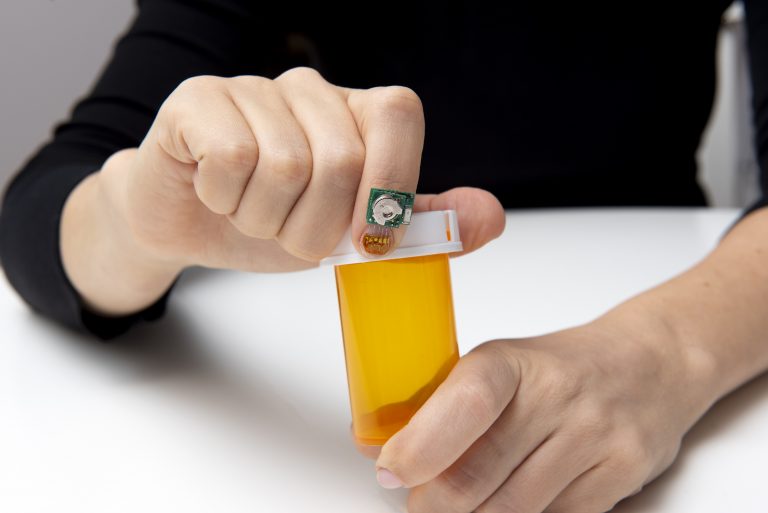 Recently IBM unveiled its latest innovation that could change the way how we monitor health. It’s prototype AI-powered fingernail sensor will let its users place the sensor over their fingernail to detect symptoms and track disease progression.

According to IBM, the innovation can help track cognitive functions in schizophrenics, check the effectiveness of medication in a person with Parkinson’s disease and even individuals’ cardiovascular health.

Although there are skin sensors that can monitor body activities, it is hard to place them on people with Parkinson’s disease as a majority of them are older patients with brittle skin and might lead to infection.

But by shifting the sensors to the nail, not only did they avoid the problem of skin rash that could arise from skin sensors, they were able to track the activities of hand for throughout the day which is a key factor in diagnosing degenerative neurological diseases such as in the case of Parkinson’s disease.

“Our fingernails deform — bend and move — in stereotypic ways when we use them for gripping, grasping, and even flexing and extending our fingers. This deformation is usually on the order of single digit microns and not visible to the naked eye,” said Katsuyuki Sakuma, from IBM’s Thomas J. Watson Research Center in New York.

The system consists of strain gauges attached to the fingernail and a small computer that collects data and communicates with a smart watch, which is equipped with machine learning models to rate bradykinesia, tremor, and dyskinesia which are all symptoms of Parkinson’s disease.

The AI-powered sensor monitors the bending and movement of a patient’s nail to calculate their grip strength. It then transmits the information which includes matters like nail wrap, motions, gestures, finger-writing, grip strength, and activation time from the wearable sensors to an off-finger device for interpretation and draws meaningful insight.

With this invention, IBM says that it is one step closer to materialising their longtime challenge of using AI to help clinicians monitor individuals in their natural environments. “By pushing computation to the end of our fingers, we’ve found a new use for our nails by detecting and characterising their subtle movements,” Sakuma said in closing.

Niti Aayog’s Next Mission Is To Use Data To Transform Nutrition In India, Says Avik Sarkar, Analytics Head