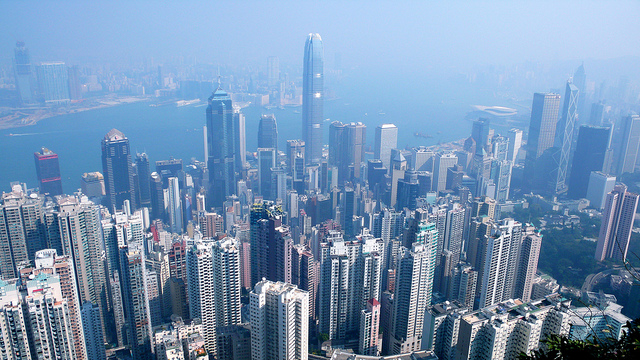 The demand for data scientists is on the rise across the globe. In India, analytics professionals are estimated to earn more than a software engineer by 26 per cent. According to an AIM study, the average salary of a data scientist is estimated to be at ₹ 12.6 lakh annually.

As the industry keeps diversifying across the world, the cities with a special focus on data scientist positions and vacancies are on the rise globally. With the industry peeps migrating to different cities in search of better opportunities all in a hope to make it big in the industry.

In this article, we take a look at cities across the globe that offers the best opportunities for the position of data scientists.

Silicon Valley, the dream destination of any tech enthusiasts is a popular hotspot for data scientists.  The city house the international headquarters and main offices of the majority of the American tech corporations and for that very reason, the number of job opportunities and the payment, without a doubt, is glamorous. The average salary of chief data scientist is estimated to be at $132,355 per year.

As the Silicon Valley of India, the city is the top destination for technological advancement, CoEs and dedicated AI labs. The analytics market in the city is touted to be the best in the country, with the state government, analytics startups and tech giants contributing substantially to the overall development of the sector. The average salary of the data scientist in the city is estimated to be at ₹ 12 lakh per annum.

As one of the leading states in the country in terms of job creation and opportunities in STEM fields, Lexington Park in the city is particularly known for its thriving tech community.  The average salary for a Data Scientist is estimated to be at $97,656 and the state is known to house some of the top names in the field of technology.

Though the European country is one of the costliest cities, if you happen to land in a position of a data scientist in the city, fret not. The city is ranked top in Europe to give a handsome reward for the position of Data Scientist.

The city is ranked second among European countries with the best opportunities in the field of data science and emerging tech. As per the study, a student in the data science field can make as much as €30,000 while the highest salary for a chief data scientist is pegged at €102,033 with average salary increase by 6-10 per cent, whereas bonus can range between  €5,800-12,000.

Though Brexit gloom pervades the country, currently it continues to be one of the top destinations in Europe to offer high-paying and reputed jobs in the field of data science. With the UK government rallying behind emerging technologies like artificial intelligence and machine learning for saving its waning economy, the number of opportunities in the field has gone up substantially.

According to Glassdoor, the average base pay for data scientist in the city is £45,000 per year, which is estimated to be ₹40 lakh.

This is among the leading Asian cities to offer a handsome salary and a promising career for data scientists. The country, with its thriving tech community, is a hot destination for startups, VCs and other tech giants to start their business in the field of emerging tech. An average salary of a data scientist is estimated to be at $71,036 per annum annum

With the Macron Government laying a strong groundwork for the adoption of AI and other emerging tech, the country is one among the initial European states to adopt a draft policy for the usecases of AI. While Macron has highlighted the importance of ethical AI time and again, the adoption of emerging technology within various stakeholders is moving at a steady pace. It is estimated that an average salary for a data scientist is estimated to be at €41,249 while the bonus is €3,200.

Home to some of the best and finest automakers and manufacturers, when compared to other European countries, the country lags behind a little when it comes to newer and better opportunities in the field of data science. Nevertheless, it continues to expand its portfolio with the country expanding its reach in the field of AI and ML. It is estimated that data science students make a make mean income of €11,000. A chief data scientist, on the other hand, receives as much as €114,155.

Enjoying this beautiful seaside capital while sipping on classic Irish beer is what you ought to do if you land in a data scientist job in the city.  The quaint European capital is one among the emerging cities which are contributing tremendously to the field of emerging technology. The average base salary of a lead data scientist is estimated to be at €88915.42.