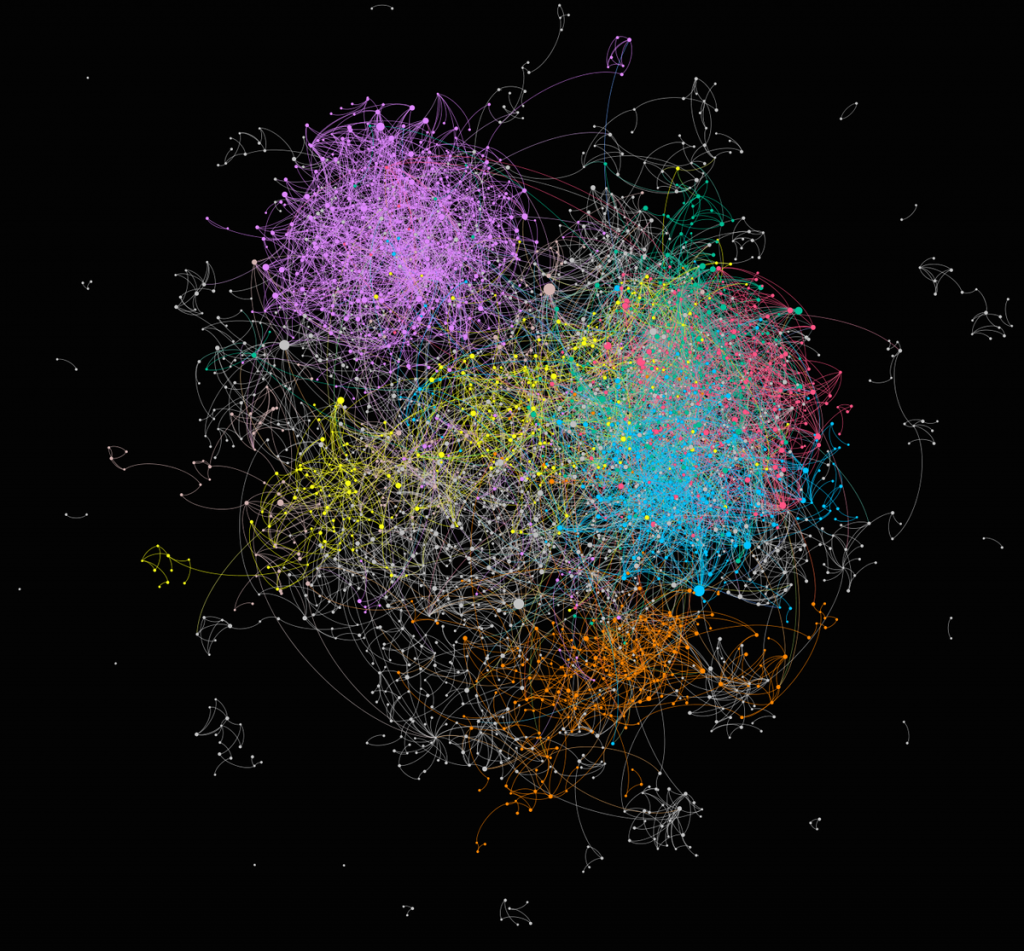 There are numerous open source tools available in the market for network analysis such as NetworkX, iGraph packages in R and Gephi, among others. Of all the tools, Gephi, is considered the most recommended tool which can help one visualise over 100,000 nodes easily. Other free tools include Social Networks Visualizer and NodeXL, which are also open source and easy to use.

In this article, we list down top network analysis tools that will help you analyse the relationship between data:

Gephi: This open graph visualisation platform is one of the leading exploration software out in the market and is also the most popular network visualisation package. This software doesn’t require any programming knowledge and is widely used for producing high-quality visualisations. It can also handle relatively large graphs — the actual size will depend on your infrastructure (particularly RAM) but you should be able to go up to 100,000 nodes without a problem. It does have the ability to calculate a few of the more common metrics such as degree, centrality, etc. but it’s a stronger tool for visualisation than analysis.

Cytoscape: This is another open source visualisation platform which is available both in a desktop version and a Javascript version for developers. It is majorly used in the biology domain but it is also capable of producing high-quality visualisations. Cytoscape also has a slew of algorithms and visualisation tools for network manipulation.

Ucinet: Primarily used in academic circles, Ucinet offers a wide range of analytics functionalities with a large number of metrics. But visualisation is not its main draw and it can calculate both the common metrics as well as arcane metrics. It is also not great at turning those results into a well-presented visualisation. It also requires Windows for installation so Mac users have to be creative by using an emulator for example.

NodeXL: This Excel add-in may not offer all the flexibility of Gephi in terms of high-quality visualisations but and can also be a limitation for Mac users. This software interfaces directly with SNAP library for analysis which gives it access to a broad set of efficient algorithms for metric calculations. The main advantages of NodeXL are its visualisation, analysis functionality and the data collection feature which interfaces well with the Twitter API. There are several use cases for NodeXL with researchers publishing the visualisation and analysis of social media data. It is reported that in the future there will be a commercial version available which will have more features than the open source version.

NetMiner: This is another commercially available SNA software for exploratory analysis and visualisation of large network data based on social network. It is majorly used in general research and teaching in social networks and it allows scientists and researchers to visualise their network data visually and interactively, and understand the underlying patterns and structures of the network. Some of its top features are network analysis, data transformation, statistics, visualisation of network data, chart, and a programming language based on the Python script language.

Pajek: This is high level freely available software developed by researchers Vladamir Batagelj and Andrej Mrvar from the University of Ljubljana has features which are similar to Ucinet and is widely used for analysis and visualisation of large networks. It is also billed as a free alternative to Ucinet and has powerful analytical tools with free documentation available to help get researchers started.

Social Networks Visualizer: This user-friendly open source tool is pegged as a cross-platform graphical application for analysis and visualisation of social networks. It enables developers to create and modify social networks and change node attributes. Other features include analysing social and mathematical properties and applying visualisation layouts effectively for presentation in papers. It is a very helpful tool for social scientists and can be applied to social datasets along with random networks. With this tool researchers can compute basic graph properties, such as density, diameter, geodesics, connectedness, eccentricity as well drum up advanced measures for social network analysis such as centrality and prestige indices, defined as triad census, cliques, clustering coefficient.