Top Controversies In India around Artificial Intelligence in 2017 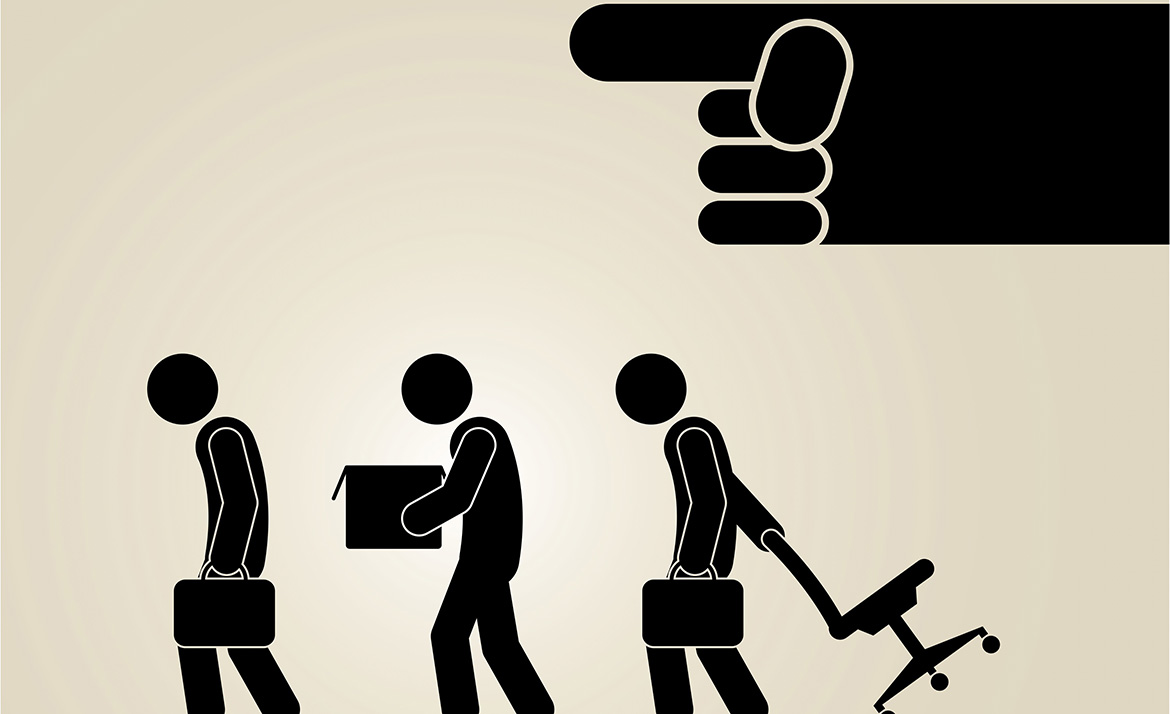 2017 was the year when Artificial Intelligence controversies surrounded India. The AI-led innovation in India came with its own set of challenges in 2017. The first wave came in the form of retrenchment, followed by talks of automation and the need for reskilling the 30-40% of its workforce. Then, Indian IT leaders too joined the chorus of fear-mongering about the future of AI. July 2017 saw Union Road Transport and Highways Minister Nitin Gadkari shock global automakers when he announced that autonomous vehicles wouldn’t be allowed to ply on Indian roads due to fear of unemployment.

Now, with AI sweeping across the industry– digital assistants, AI-based apps and services are already threatening to eliminate jobs in the coming years. According to a McKinsey Global Institute report, compared to previous Industrial Revolution, AI is set to disrupt the industry ten times faster. Which means, India Inc will have to reinvent itself and shore up on AI capabilities through strategic acquisitions, to get its growth engine running. 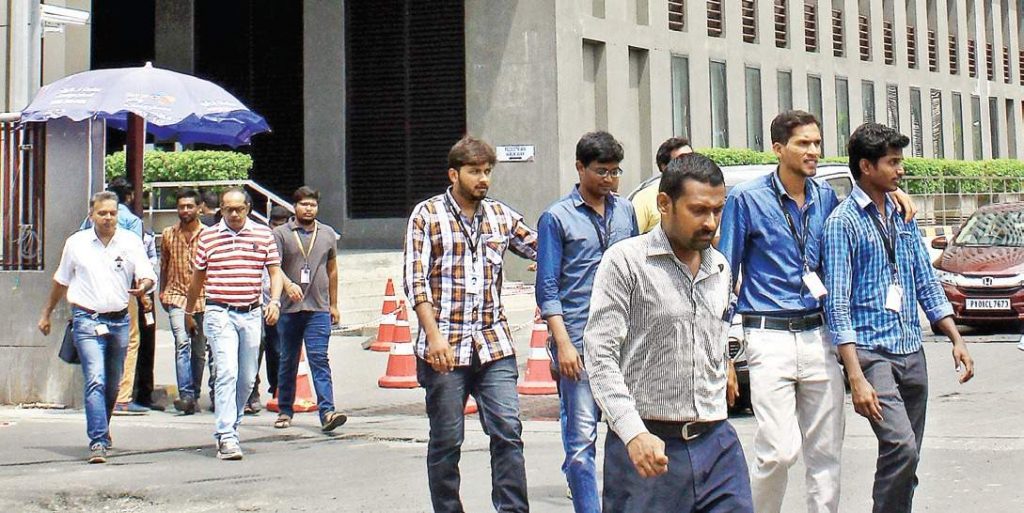 For Indian IT bellwethers, AI-led automation signaled the end of an era for outsourcing. The shift towards an outcome-based process will also bring in a host of new opportunities in area of data science and AI, which will require new skills and even fewer employees. Dubbed the blue-collar workers of IT by Indian mathematician and IPsoft’s CEO Chetan Dube, the automation change was inevitable, and the Indian IT industry failed to wake up to it. While Indian IT industry was quick to grab low-hanging fruits which were big in volume, they failed to seize on new technologies and shore up R&D efforts in upcoming areas such as AI, machine learning.

Unlike China, India never had a focus on deepening research in developing specific AI capabilities that could pave the way for an intelligent economy. While AI-led automation will continue to squash jobs, we will also face an acute talent shortage in areas of machine learning and AI. Experts believe the emergence of AI & cloud computing will siphon off thousands of entry-level roles such as server maintenance and data-entry jobs. There will be a need for specialized talent to fulfil the fast- changing needs of digital transformation. Most IT majors have already slammed the brakes on hiring, and this trend is expected to continue in the coming quarters with a drop in recruiting.

If there is one thing we remember from 2017, it was the AI fear-mongering rhetoric and talks about AI apocalypse trotted out by billionaire technologist Elon Musk, Jack Ma and physicist Stephen Hawking. However, it wasn’t just Silicon Valley tech titans who worried about a future when superintelligence will become out of control, Indian business tycoon Ratan Tata echoed a similar view when he expressed his views on automation becoming a big part of business operations and how it could put jobs at risk. Even TV Mohandas Pai, former CFO of Infosys has talked about the fear of automation saying it wasn’t just enough for engineers to bag a job with BTech degree. According to Pai, supply of software engineers has gone up, the demand is lagging behind and in this information age it is important to develop a certain level of expertise.

Analytics India Magazine traces the 2017 AI timeline which proved to be controversial. It also demonstrates how the odds are stacked against India in the AI race 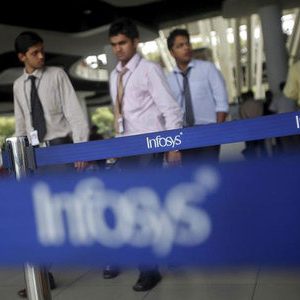 AI triggers mass layoffs: The first effect of AI was seen in the form of job cuts in India – reportedly 56,000 professionals were affected by IT layoffs with hiring expected to slacken until March 2018 The first quarter of 2017 started off with mass layoffs in what will be remembered as India’s IT bloodbath, with some analysts suggesting the crisis was even worse than the financial meltdown of 2008. Reportedly, Infosys let go of 9000 jobs in the first quarter while Cognizant let go of 6,000 employees. According to World Bank report, 69% of IT jobs in India are threatened by automation.

Other Indian IT bellwethers like Wipro, TCS, HCL and Tech Mahindra reduced their headcount dramatically. IT professionals, both mid and senior-level found themselves unemployable with Indian companies facing their slowest growth ever. And amidst all this chaos and talks about re-alignment of the workforce, Indian tech companies braced for the next wave of innovation – Robotics Process Automation, (RPA) automating low-end maintenance jobs in Business Process Management projects.

AI forces a talent rethink, with upskilling the new mantra: The rise of big data, cloud and automation will hit India’s workforce even harder with US research firm HfS Research predicting that automation could wipe out 480,000 jobs in India by 2021. Amidst the churn, IT professionals have been pushed into a corner and are rapidly upskilling to meet the demands of ever-evolving IT landscape. There is a huge uptake in the jobs related to big data analytics, machine learning, artificial intelligence which have made inroads into India’s IT industry. Even NASSCOM and IT companies have taken up the charge of re-skilling the workforce and have put in place an action plan for re-engineering their talent. But the transition is expected to be slow and experts believe the talent refresh cycle will take some time.

India Slams the Brake on Driverless Cars on Indian roads: AI was once again at the centre of a storm when Nitin Gadkari, Union Transport Minister declared last year that driverless cars will not be allowed to ply on Indian roads as this could lead to unemployment. He also ruled out all talks of tax relief for electric vehicle manufacturers saying they would not get any relief on import duty.The minister added that the focus of the government is to create more jobs to arrest unemployment. The news means that the “mother of all AI projects” — driverless cars will not debut in India giving a huge setback to Google, Tesla and Apple which are plowing resources into this big project. According to news reports, Tesla CEO and PM Narendra Modi had discussed plans about bringing affordable cars for Indian roads in 2015 and Apple CEO Tim  Cook too had talked about a similar possibility.

Acute AI shortage of talent in India is real: This is a burning issue faced by India’s startups and companies that are facing a lack of AI talent. According to a recent report, India is home to 170 startups in the area of AI. These startups have raised over $36 million from investors such as Kalaari Capital, Sequoia. Despite the validation from investors, founders are struggling to fill the talent gap related to machine learning, data analytics, robotics and artificial intelligence.

Founders are sticking to the Hire & Train model for the high value and low volume jobs which are on the rise. According to tech recruitment startup Belong, there are only 4% of AI professionals in India who have actually worked on sophisticated technologies such as deep learning and neural networks, the building blocks for advanced AI- solutions. The hiring process could take more than 3 months, revealed Harishankaran K, co-founder and CTO of HackerRank in an interview.

Technical complexities in AI abound leading to startups shutting down: Well, the technology is not all smoke and mirrors but the increasing complexity around AI has also sounded the death knell for many promising ventures. Despite promising news about AI-based solutions provided by Indian startups, AI products have a long maturity cycle and high customer expectations can pull it back from scaling effectively. Here are just a few AI & data analytics startups that shut operations in 2017.

Here’s another issue — India lags behind countries like China and the US in research and development, which means it fails to upgrade that knowledge into products.