The panel also stated that the influential tech companies must not ‘favour its own offers over the offers of its competitors’ while running the intermediary platform. 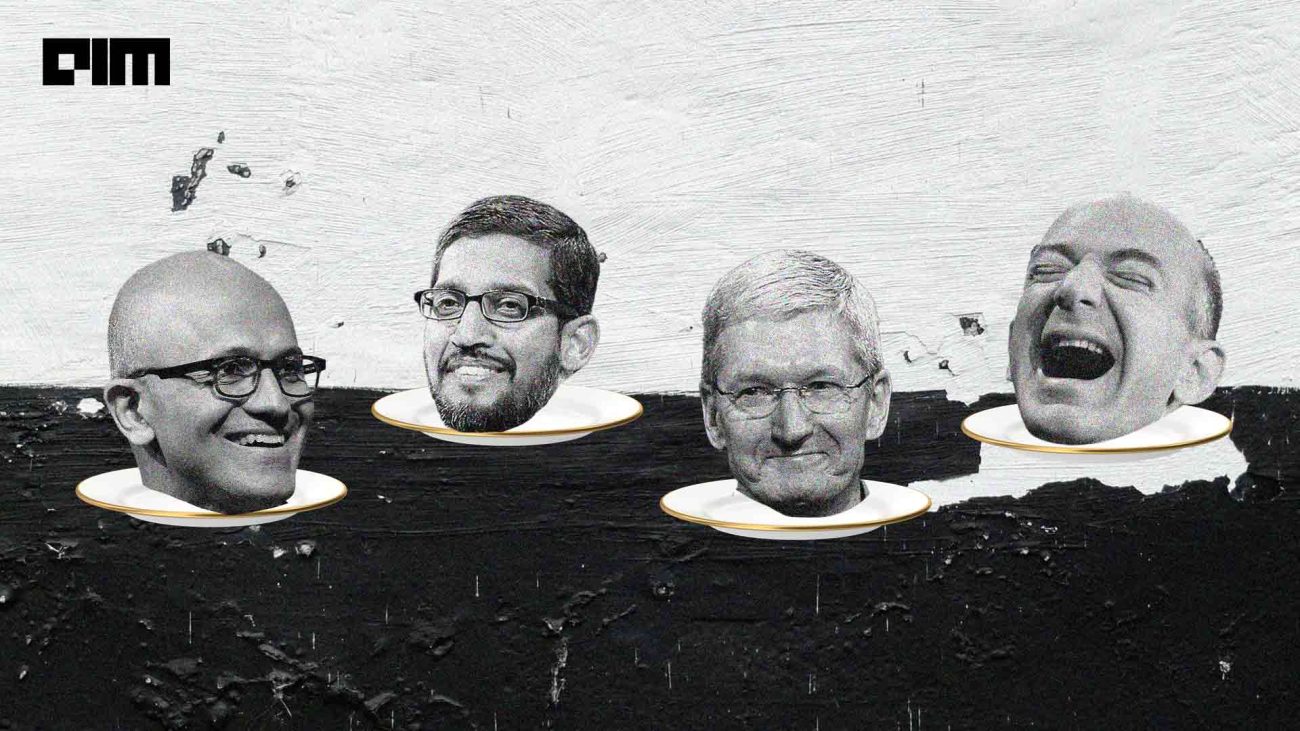 Big Tech CEOs are flying thick and fast to India. Within a span of two months, leaders of two giant tech corporations namely Sundar Pichai of Google and Satya Nadella of Microsoft were granted an audience with India PM Narendra Modi. The headlines from both the meetings were repeated ad nauseam. After the visit, Pichai tweeted saying he was ‘inspired’ by the rapid pace of technological advancement under Modi’s leadership. Nadella’s own tweet after the meeting was pretty much identical. It is noteworthy that both were also among the 17 Padma Bhushan awardees announced earlier this year.

Why is India suddenly important?

But there was more to this growing proximity than meets the eye. Even as the massive Indian market becomes increasingly hard to ignore for Big Tech, regulatory pressure was also making companies uneasy. While no Indian government law had specified any of these companies, the hammer is coming down hard in the antitrust department.

Last month, the Parliamentary Standing Committee on Finance put forward a set of recommendations for a digital competition law that would regulate anti-competitive practices on online platforms. The submitted report explicitly stated the need for precautionary measures and suggested the government should define the Systemically Important Digital Intermediaries (SIDIs) to make more stringent regulations. These SIDIs would be identified on the basis of parameters like revenue, market capitalisation and so on. While refraining from mentioning the obvious names, behemoths like Alphabet, Apple, Meta and Amazon automatically fell under this bracket.

The panel also stated that the influential tech companies must not ‘favour its own offers over the offers of its competitors’ while running the intermediary platform. “India must identify the small number of leading players or market winners that can negatively influence competitive conduct in the digital ecosystem,” stated the panel headed by former junior finance minister Jayant Sinha, in its report.

Global retail giant Amazon has already come under the scanner for the last clause. In January 2020, then Amazon honcho Jeff Bezos made an unannounced appearance in India that famously failed. Bezos’ visit seemed to be mishandled right from the beginning. First, Modi refused to meet Bezos followed by the Indian antitrust regulator opening a formal investigation into Amazon the next week.

There was a lot at stake for Bezos—Amazon was then and continues to lag behind its biggest competitor, Flipkart. A recent report by investment firm Sanford C. Bernstein published in September this year mentioned that Flipkart was beating the Andy Jassy-led company in terms of a number of metrics while still struggling to enter smaller cities and towns. Amazon’s gross merchandise value for 2021 was behind USD 18 billion and USD 20 billion compared to Flipkart’s USD 23 billion for the time period.

In January 2020, Amazon also promised a USD 1 billion investment in India across five years to digitise small and medium businesses. Bezos also assured that these fresh India-focused investments would help the company generate exports worth USD 10 billion ‘Make in India’ goods by 2025.

It is also important to note that India’s FDI policy expressly prohibits e-commerce companies from working as an inventory-based model, meaning the inventory of goods owned by the online entity and sold to consumers directly. If more than 25% of the inventory purchased is from the marketplace entity or its group of companies, the vendor is said to be controlled by the platform. Despite this, Amazon continues to push its private label products like Solimo indiscriminately.

With all the brotherhood that Pichai’s visit demonstrated, Google is in its own tussle with Indian regulatory bodies. In October last year, the Competition Commission of India, or CCI, fined Alphabet USD 161 million for exploiting its dominance in areas like online search and the Android app store. The CCI asked Google to change restrictions imposed on smartphone manufacturers related to pre-installation of apps.

The tiff has since become more hostile with Google alleging that Indian antitrust regulators have copied portions of the law from a European ruling arguing that the decision should be overturned.

Another strict regulatory market to deal with would be a bigger headache for Google considering the EU fined the company £ 3.5 billion in a similar case.

In the past couple of years, Google has been doing its best to appease the Indian government. In January last year, Google announced an investment of up to USD 1 billion in Bharti Airtel as a part of its Google for India Digitization Fund. The deal includes a USD 700 million investment by Google to acquire a 1.28% stake in Airtel aside from more than USD 300 million for other commercial partnerships.

Google’s first and biggest investment then was marked by a purchase of 7.7% stake in Jio Platforms for INR 33, 737 crore. RIL chairman, Mukesh Ambani, stated then that the conglomerate was ‘truly blessed’ to have the likes of Google, Facebook and Microsoft as partners.

This was only a drop in the USD 10 billion India fund that Pichai had announced. Google also invested another USD 145 million in InMobi’s ‘Glance’ which owns the short-video platform, Roposo.

Nadella’s Microsoft is also midst discussions of investing in Indian play-to-earn gaming platform Zupee, proposing to lead a funding round of over USD 100 million. (Microsoft is also one of the investors in ‘OYO’.)

Besides, Microsoft also announced a collaboration last year with ‘Invest India’, a government agency that supports tech startups in the country. The software company’s ‘Microsoft for Startups’ programme is working to onboard Indian startups within the Accelerating Growth of New India’s Innovations or AGNIi Mission, a programme under the central government.