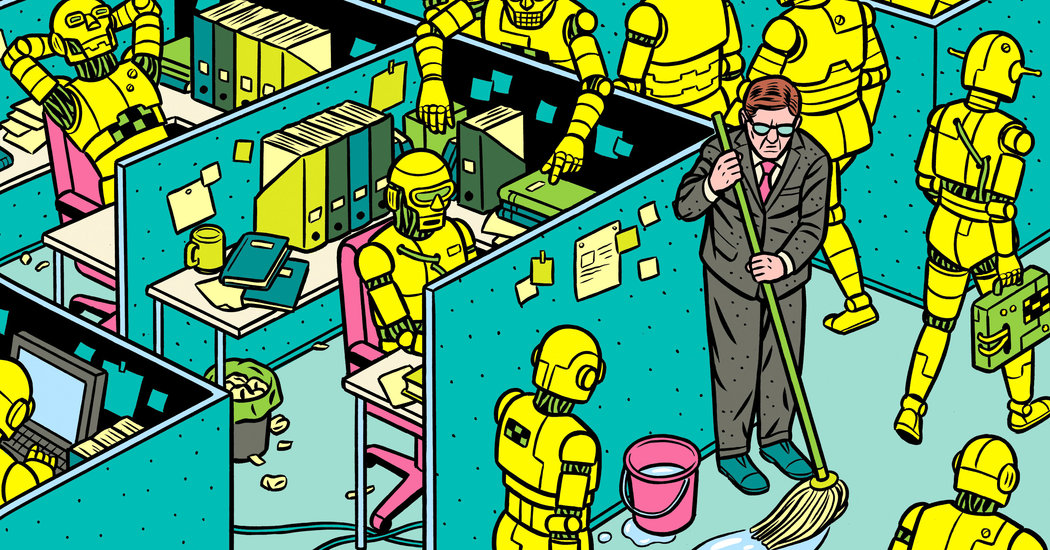 Robots and Artificial Intelligence are the technologies powering the world of tomorrow and have captured various aspects of our lives. Although, it’s only recently that they have started to show a rampant presence, the idea has been captured in the form of novels, fiction, academia, and plays since time immemorial.

AIM list down some of the most brilliant work on AI and robots which have received rave reviews globally. To make it more interesting for readers, we have included both the work of fiction and nonfiction, listed as below-

An Arthur C. Clarke special, the book was written concurrently with Stanley’s Kubrick’s famous film by the same name. Clarke and Kubrick worked on the book together, however, only Clarke ended up being the official author. The book was written in the year 1968.

The AI program in this book is named HAL, which is fixed aboard the spaceship Discovery One. Some readers viewed HAL as a robot, then AI, as the whole ship could be considered the AI’s body. HAL is also regarded as one of the greatest creation of science fiction.

The story is about an astronaut-turned-test pilot, Steve Austin, who experiences a catastrophic crash during a flight. This incident leaves the protagonist with one limb, a blind eye, and other major injuries. “The Six Million Dollar Man” is the movie rendition to this book.

As the name suggests, the book essentially revolves around Steve Austin turning into a cyborg, after the accident. Martin Caidin wrote this book in 1972, and involves the kind of spy adventure usually associated with Steve Austin.

Created by Daniel Suarez in 2006, the book has been written in tandem with another novel called Freedom. Both Daemon and Freedom together comprise two-part novel describing a distributed, persistent computer application, known as The Daemon. After the original programmer’s death, the program begins to transform the real world.

The book projected Daemon as corrupting and killing humans, besides running independently of human control. Only Detective Peter Sebeck has what it takes to protect the world and free it from the control of a virtual enemy. Readers who appreciate thrills and cyber suspense will find Daemon a delightful read.

4. Do Androids Dream of Electric Sheep?

Blade Runner is the famous movie adapted from this popular Philip K. Dick classic, published in 1968, about a bounty hunter, Rick Deckard. He is assigned with blowing away six escaped Nexus-6 brain model androids, the latest and most advanced model.

There’s a secondary plot in the book running parallelly, which follows John Isidore, a man of sub-par IQ. Isidore takes the responsibility of helping the fugitive robots. The novel essentially probes the defining qualities that separate humans from androids, through the character Deckard.

Written by Iain M. Banks in 1996, the plot largely revolves around the response of Minds (AIs with enormous intellectual and physical capabilities and distinctive personalities) to the Excession (a mysterious alien artifact). The story also focuses on the brutal society, and how it tries to use the Excession to increase its power.

The protagonist, Diplomat Byr Genar-Hofoen has been selected and sent off to investigate a 2,500-year-old mystery which involves the sudden disappearance of a star fifty times older than the universe itself. Byr risks losing himself during the mission.

1. Beyond AI: Creating the Conscience of the Machine

J. Storrs Hall written Beyond AI discusses some of the most specific topics and concerns around AI. The book delves into AI’s ability to create novels or formulate laws in the near future. The book was published in 2007.

In his book, Hall reviews the history of AI, explaining the most significant roadblocks that the field has recently overcome, while predicting the probable achievements in the near future. Hall provides an intriguing glimpse into the possibilities that future might have in store for us, combining technologies such as cybernetics, computer science, psychology, philosophy of mind, neurophysiology, game theory, and economics and dilemmas on the horizon.

2. Humans Need Not Apply – A Guide to Wealth and Work in the Age of Artificial Intelligence

This Jerry Kaplan classic, written in 2015 has been selected as one of the 10 best science and technology books of 2015 by The Economist. Through the book, Kaplan talks about the latest advances in robotics, machine learning, and perception powering systems that rival or exceed human capabilities.

Kaplan also mention that the transition might be drastic and brutal, unless we address the two great aspects of the modern developed world: volatile labor markets and income inequality. His take on AI is a must-read for business leaders. This book increasingly touches upon the growing concerns surrounding the rapid progress in the Artificial Intelligence space.

This book was written by Roland Siegwart, offering students and other prospective readers an introduction to the very basics of mobile robotics. The text focuses on mobility itself, furnishing an overview mechanisms that allow a mobile robot to move through a real-world environment.

Interactive modules have been used throughout the book to present the technology that enables mobility, and each chapter represents a different aspect about mobility. Furthermore, it spans across all aspects surrounding mobile robotics, including software and hardware design considerations, related technologies, and algorithmic techniques.

4. Rise of the Robots: Technology and the Threat of a Jobless Future

A Martin Ford non-fiction, written in 2015, this book takes an intimidating tour of AI’s rapid advances. The book contains terrifying wealth of economic data from both the US and the UK, to highlight societal implications of the robots’ rise.

The book also describes how jobs in education, finance, and healthcare can be easily automated today. Essentially, the book delves into what accelerating technological growth would implicate for us on an economic level, and for the upcoming generations and society as a whole. This Martin-Ford classic is another must-read.

Nick Bostrom’s Superintelligence lays the foundation for understanding the future of humanity and intelligent life. In his book, Bostrom mentions if machine brains surpassed human minds, then this new superintelligence can be extremely powerful. He asks questions crucial to the survival of human life: what happens when machines surpass humans in general intelligence? Will AI save or destroy us? You must read the book to find out more.