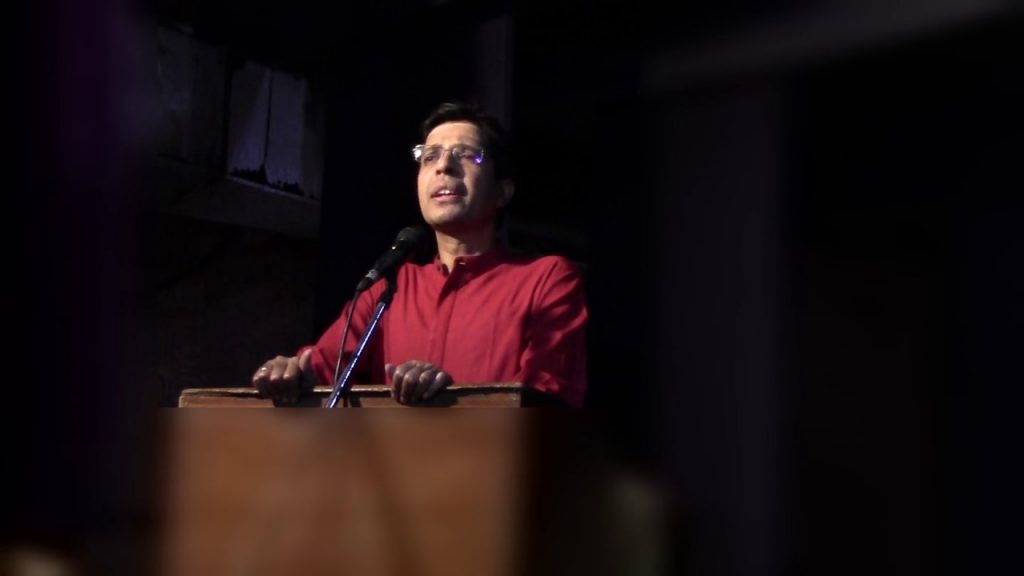 One of the first things that come to mind while talking to Professor Kamakoti Veezhinathan from the Indian Institute of Technology, Madras (Chennai), is that he is keen on using new tech as a means to an end. His thumb rule is that artificial intelligence should act as a bridge to bring all disciplines together. Now as the head of the Artificial Intelligence Task Force set up by the Ministry of Commerce and Industry, Government of India, he, along with the other Task Force members are doing precisely that.

The AI Task Force was set up to prepare India for the upcoming Industrial Revolution 4.0 and the resulting economic transformation, with an emphasis on artificial intelligence.

Veezhinathan explained how the AI task force set up by the Government is also an amalgamation of thought leaders from multiple disciplines — academicians, government officials, corporates and people with other specialisations. He added that it was an enriching experience working with such a multitude of talents.

What Does The AI Task Force Do?

The AI Task Force key role is to explore possibilities to leverage AI for development across various fields and then submit recommendations to the government, industry and research institutions. “The committee will focus on a wide spectrum of areas including agriculture and transportation… We will concentrate on the types of tools, interoperability, standardisation and skill sets needed for artificial intelligence and machine learning,” said Veezhinathan, speaking to Analytics India Magazine.

The next transformation is turning electronics hardware and software intelligent, radically changing their relationships with human ‘wetware’. While there is a strong consensus that AI will be a game-changer and a key factor in economic development, there is a concurrent need to arrive at frameworks that will promote its deployment, taking all social factors into account.

In short, the mission of the AI Task Force is to:

“With rapid development in the fields of information technology and hardware, the world is about to witness a fourth industrial revolution… Driven by the power of big data, high computing capacity, artificial intelligence and analytics, Industry 4.0 aims to digitise the manufacturing sector,” Nirmala Sitharaman, former minister for Commerce and Industry, who had set up the task force, said in August last year.

Is There Any Bureaucratic Overlap?

We also discussed the seeming overlap of different committees set up by various ministries — for example, a new committee for standardisation in AI was recently set up by the Bureau of Indian Standards, which in turn falls under the Union Ministry of Consumer Affairs. This committee is headed by Pushpak Bhattacharyya, director at Indian Institute of Technology, Patna.

“The basic focus of the AI Task Force was to suggest an umbrella document which would cover all the aspects of how India can become a world leader. We, therefore, have made recommendations to all the ministries to apply the directives given in the report to their respective ministries. The Bureau of Indian Standards is one of them,” explained Veezhinathan.

In a six-part recommendation, Veezhinathan and the task force have hit upon the most crucial thing which is coming in the way of accelerated AI implementation in the country:

“The most important challenge in India is to collect, validate, standardise, correlate, archive and distribute AI-relevant data and make it accessible to organisations, people and systems without compromising privacy and ethics.”

This point becomes of great relevance especially in the light of the current data security issues that have been unearthed after the Cambridge Analytica and Facebook controversy. The Task Force has also suggested setting up digital data banks, marketplaces and exchanges to ensure the availability of cross-industry information. They have also recommended creating a data ombudsman — like the one available in the banking and insurance sector — to address data-related issues and grievances.

The Task Force also talks about incorporating audited data sets to prevent bias and calls for a discussion on the rights and responsibilities of autonomous entities. The report also stresses the need to have more effective data protection policies as a precursor to encouraging any form of data sharing.

The AI Task Force also recommended the Government to set up a ₹1,200 crore corpus for five years under the Union Budget. They had recommended that the funds be used to push the National Artificial Intelligence Mission (N-AIM). They allocated the funds like this: ₹50 crore PA for core activities, ₹25 crores per Centre of Excellence PA and ₹20 crore PA for generic AI testbed and large data integration centre.

Areas Of Focus For AI In India:

In the report, the AI Taskforce has also identified 10 specific domains that need attention with respect to AI:

“All these domains need to have supremacy so that is extensively interdisciplinary,” said Professor Veezhinathan.

Using AI As An Interdisciplinary Bridge:

Veezhinathan, who had just returned home from the office, said, “Computer science has grown to such a large extent because of the demand from non-computer scientists. You can call it one of the most ‘interdisciplinary departments’ in terms of collaboration at any academic institution.”

“If you want to do manufacturing, create autonomous vehicles, precision manufacturing, build submarines or ships… There is a lot of computers systems and programming in all of this. Thus computer scientists are always interested in doing this work and this is how artificial intelligence now meshes into various streams,” explained Veezhinathan.

As Professor Veezhinathan sounded extremely enthusiastic about the advantages of artificial intelligence, we asked him about the doubts raised by critics. From Elon Musk to NR Narayana Murthy and Shashi Tharoor, many noted personalities have had doubts, especially automation of jobs previously held by humans.

Veezhinathan seemed pleased by our question and directed us to a painstakingly-collected case study and data cited in the AI Task Force’s report:

“Past trends, wherein new technologies have disrupted existing job market indicate that most jobs which are replaced are mostly tedious, repetitive, labour-intensive and monotonous; while jobs that are less likely to be replaced are those involving human interactions, judgement, and ability to make complex decisions. With a high degree of interdisciplinary nature, AI will certainly not be an exception to this.

…Interestingly, in the global arena Gartner has predicted that AI will create 2.3 million new jobs while eliminating only 1.8 million jobs in 2020, suggesting that while some of the jobs that exist today disappear, it is likely that new jobs may appear. A study commissioned by FICCI, NASSCOM and EY has projected that 9% of India’s 600 million estimated workforces would be deployed in new jobs that do not exist today, while 37% would be in jobs that have radically changed skill sets.”

To conclude, the report by the AI Task Force is a welcome step in the right direction, which is also in keeping with the current government’s long-term plans. As reported earlier, the Narendra Modi-led BJP Government will strive to achieve its commitment towards Sustainable Development Goals (SDGs) with the help of AI by 2030, as it has the potential to churn out a slew of applications while keeping in mind the quality of approach. Industry insiders are happy to see that the Modi-led NDA government is working towards supporting a tech-driven future. While the effectiveness of this report can only be seen after its recommendations are implemented, it will hopefully jump-start a much-needed discussion on AI policy issues in India.