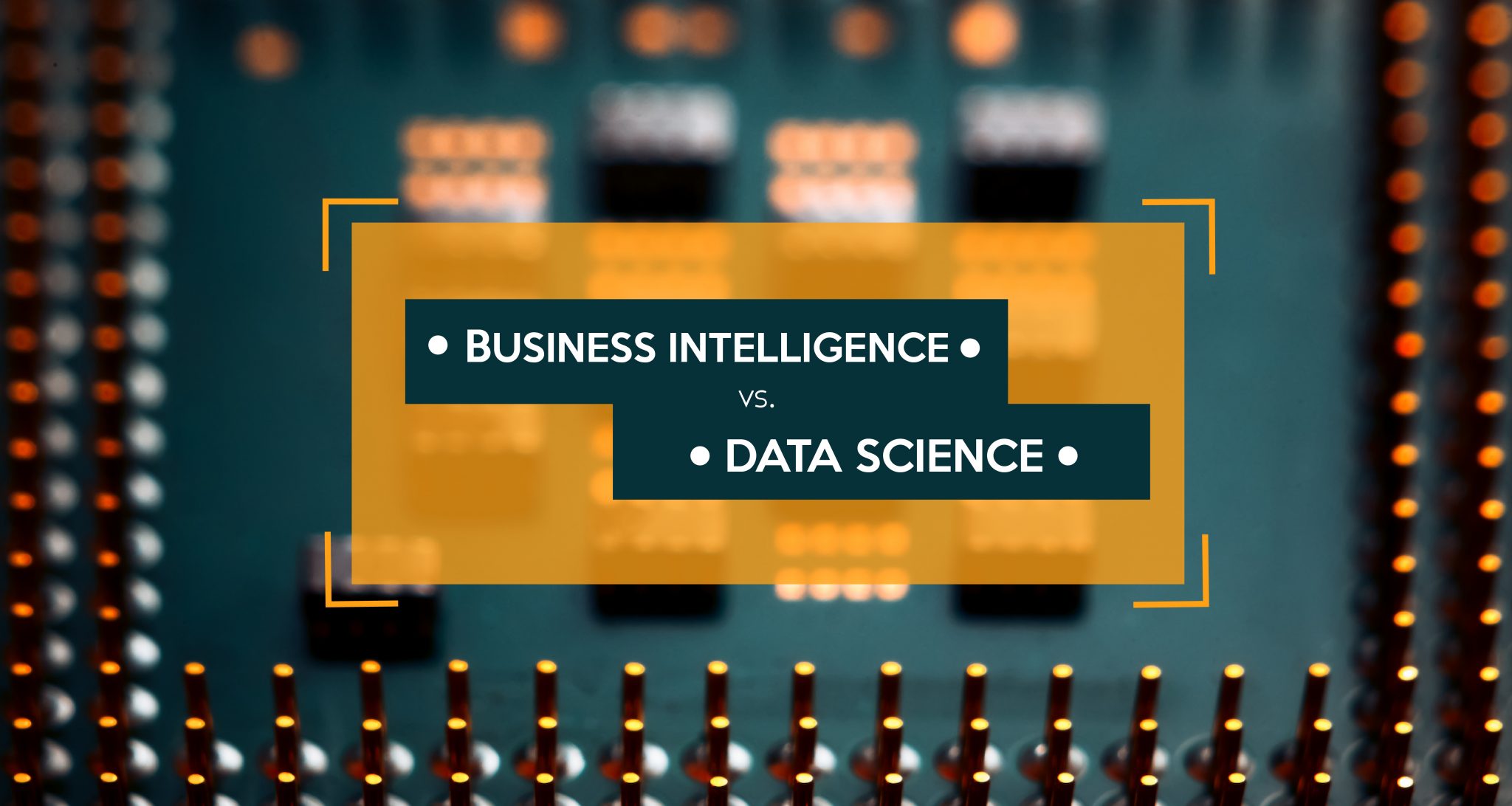 In this heavily jargonized industry, the words often overlap each other, resulting in a lack of understanding or a state of confusion around these concepts. While big data vs analytics or artificial intelligence vs machine learning vs cognitive intelligence have been used interchangeably many times, BI vs Data Science is also one of the most discussed.

It is no doubt that BI analyst and data scientist have grown to be the much in-demand jobs with companies in almost all the industries relying on them to have an edge over their competitors. More so, BI and data science has become an integral part of these organizations as data has become a bigger player than ever. Hence the wider adoption of analytics, business intelligence and data science.

If we go into the flashback a few years from now, companies didn’t have data science positions but were still working on analytics role—these were largely called data analysts. It can very well be labelled as the precursors to the latest data scientists roles.

Before we dive onto differentiating these two popular words in the analytics industry, imagine BI and data science having a brief conversation over a problem in hand.

While BI is a simpler version, data science in more complex. BI is about dashboards, data management, arranging data and producing information from data. Whereas data science is all about using statistics and complex tools on data to forecast or analyse what could happen.

Data science could very conveniently be stated as an evolution of BI, but on a very complex set of models, application of statistics and use cases. To deal with the same, BI analyst that were earlier focused on the “what” aspect of the problem, started developing toolkit and algorithms that could help them understand and predict business performance. It wouldn’t be wrong to say that business analysts and data scientists work together to turn raw data into useful information.

The market is increasingly becoming competitive, with an ever increasing complex business problems and to drive innovation, companies must shift their focus from traditional BI to data science.

That doesn’t take away the importance of business intelligence analyst as they are the ones who would find out patterns and trends in a business’s’ historical data. It can be said that BI analysts explore past trends while data scientists finds predictors and significance behind those trends. This way data scientists help companies mitigate the uncertainty of the future by giving them valuable information—such as topline, cost, risk predictions and others.

BI is about answering the questions that might not seem that obvious in a business unit. They help in viewing the relationships between various variables but not exactly predict them. As it was mentioned, BI is about the “what” part of the business and doesn’t easily obtain new meaning or apply insights to new data. Since BI traditionally relied on records stored in relational databases, the structure of the warehouse was intrinsically tied to the types of questions it could answer. BI generally operated with a current or backward-looking focus.

Data science, on the other hand have a different path than BI as it relies on predictive analytics, using the statistical method more explicitly. Unlike just finding out patterns, data scientists conduct experiments and hypotheses to reach the “Why” and “How” aspect of a problem. A data scientist profile would have a combination of statistics, IT and business understanding. Yet, a higher focus on applied statistics.

Talking about the career in BI, it requires comparatively lesser qualifications than a data scientist. Requiring less formal experience than a career in data science, the main objective of BI is to assist in strategic business decisions. Even someone with a background in data management or IT related field can jump over to BI with relative ease.

Since data scientists derive decisions based on predictive algorithms, candidates opting for these job roles may require more technical skillsets in subjects such as statistics, machine learning and programming. It may also require an understanding of languages such as SQL, R, Python or Scala, among others.

Using these languages, not only a data scientist can create a framework that leverages historical data, but predict business outcomes much efficiently. Data science is about seamless and scalable integration that may require many engineers to deploy a data scientist’s model across multiple applications.

On the other hand, a BI analyst would require proficiency in data handling tools, more so on BI tools like Tableau, Qlik and SQL. Some other BI related tools have emerged recently like Sisense, pentaho, yellowfin, among others. Lot of reporting and BI still happens on excel and not many would be aware about the power of what all can be done on MS excel. A proficiency in excel and SQL is a must have for a BI professional.

On a concluding note –

In a nutshell, data science and BI are facilitators of each other and can be said that data science is best performed in conjunction with BI. Both of them are required to have an efficient understanding of the business trends hidden in large volumes of data. While BI is the logical first step, data science follows to get deeper insight.

As for the job openings for these two, according to our recent study titled Analytics and Data Science Jobs study 2017, 50,000 positions are to be filled by skilled analytics professionals, of which both BI and data science professionals form a large chunk.