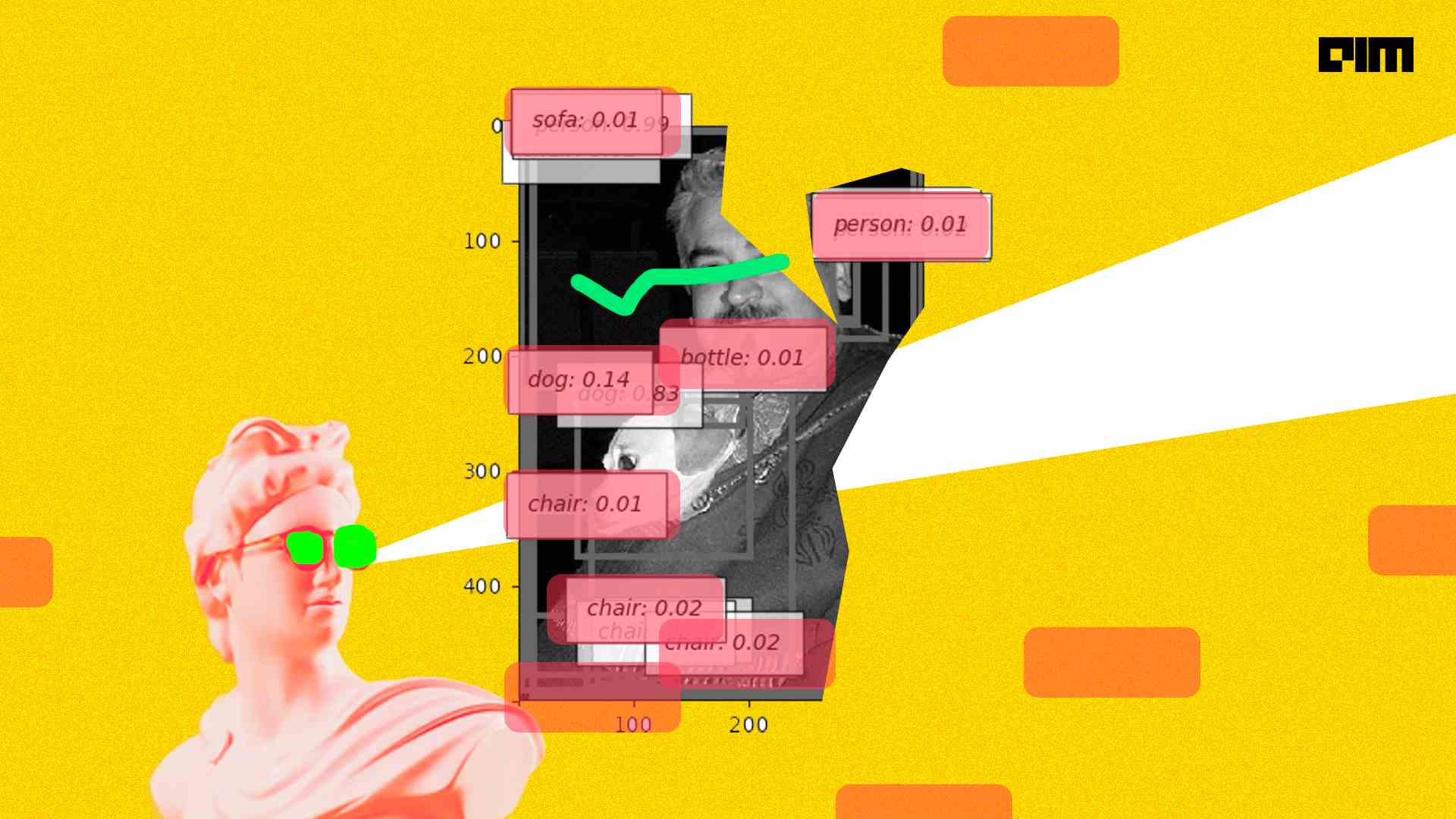 First, we will understand some of the major tasks of computer vision.

The major tasks of computer vision

Object detection is a computer vision technology used to recognize and locate things in photos and movies. Object detection, in particular, builds bounding boxes around identified items, letting us understand where they are in the scene (and how they move). Object detection and image recognition are commonly confounded.

Image recognition is used to label a picture. A snapshot of an Apple is labelled with the Apple. A picture of numerous apples still has the title Apple. Object detection, on the other hand, surrounds each Apple with a box and labels it with the name Apple. The model predicts each object’s location as well as the label that should be applied. Object detection, in this sense, adds to the amount of information available about an image.

In more traditional ML-based systems, computer vision algorithms are used to detect groups of pixels that may belong to an object by examining various elements of a picture, such as the colour histogram or edges. These attributes are then fed into a regression model that forecasts the object’s location and label.

Convolutional neural networks (CNNs) are used in deep learning-based techniques to do end-to-end, unsupervised object detection, eliminating the requirement to define and extract attributes separately. Understanding the fundamental principle of CNN check out this article.

The process of separating an image into sections with similar features is known as image segmentation. The components of the image into which you divide it are known as Image Objects. It’s the initial step in the photo analysis process. Without picture segmentation, computer vision applications would be almost impossible.

ChainerCV supports algorithms for solving tasks in the field of computer vision, such as object detection while prioritizing usability and predictable performance. This makes it ideal for developers who aren’t computer vision experts to use as a building block in larger software projects like robotic software systems.

The algorithms developed by ChainerCV can be used to build software that solves complex computer vision problems.

Training a network is an important part of any machine learning algorithm, and ChainerCV makes it simple. In many cases, users require a machine learning model that can perform well on a specific dataset. When a pre-trained model isn’t enough for the users’ tasks, they must retrain the model using their own datasets.

In such cases, ChainerCV provides reference implementations for training models that can be used as a starting point for writing new training code. Pretrained models can also be used in conjunction with the users’ dataset to fine-tune the model. ChainerCV also includes a dataset loader, a prediction evaluator, and visualization tools for training a model.

Next, we’ll discuss what are the functional models of ChainerCV.

Faster R-CNN uses an external neural network called Region Proposal Networks to propose a crop for the input image and then performs classification on that crop. SSD attempts to reduce the extra time spent running Region Proposal Networks by directly predicting bounding box classes and coordinates. These meta-architectures are then turned into more concrete networks with various feature extractors and head architectures.

The Models for a specific task are created with a common interface in mind. For instance, detection models support a prediction method that takes images and generates bounding boxes around regions where objects are predicted to be found.

After having this brief discussion related to functional models of ChianerCV now we’ll take a look at its implementation.

Here we’ll perform object detection and below are the minimum dependencies that need to be imported.

Below is the image on which we are performing object detection.

Now by using the below few lines of codes we can detect horse and person for the above image.

Through this article, we have discussed what is a major task that comes under computer vision. Sometimes we need to perform all the tasks for a particular instance and for that we need to gather models from the distributed environment but here by using ChainerCV, we can do all the major such as segmentation, detection, etc. by leveraging its simple API as we have seen above.