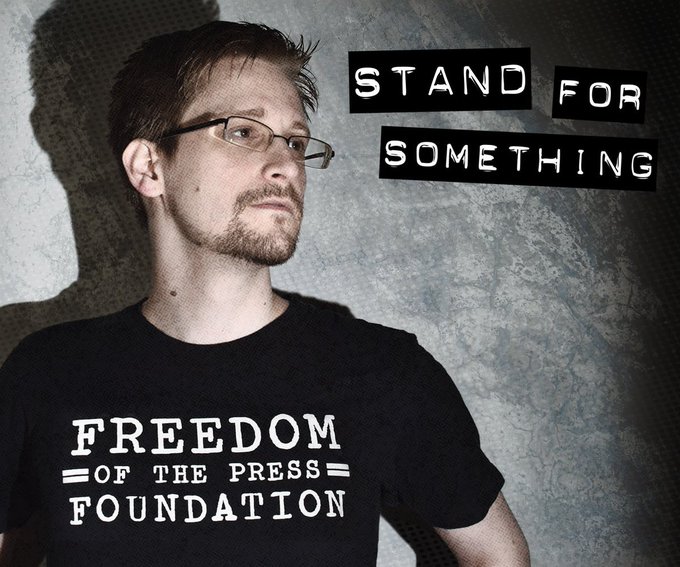 10 Paid Data Science Internships You Can Apply For Right Away

If you are wondering about Edward Snowden education and career details, here is the perfect article for you.

We know Edward Snowden as the whistleblower who disclosed the US Government’s secret global mass surveillance programs along with some highly classified information while working at the National Security Agency in 2013. But what about his career before he was hired by the US top intelligence agencies? Perhaps a bigger question is how Edward Snowden education status as a previous high school drop-out led the way to a high paying job with the CIA, Dell and NSA.

The answer to these questions were revealed by Snowden during his recent appearance on the popular podcast The Joe Rogan Experience.

Edward Snowden education started at the Anne Arundel Community College. Snowden managed to get a small job with his education in web design in the late 1990s as a teenager, which led to him eventually climbing the ladder to become a senior-level IT security administrator for the intelligence agencies.

“Going to community college after dropping out of high school, I wasn’t doing that great. I ran into somebody who ran a web design business area of Fort Meade, Maryland, right near the NSA. She was married to an NSA analyst — a linguist, and I started working there,” he said during the show.

Soon after 9/11, Snowden applied to work in the military. After an accident in which he hurt his legs during a training session, he got an administrative discharge and decided to go back to his usual career. He then landed a well-paying post as a security guard at the University of Maryland. According to Snowden, because he had security clearance from his time in the army combined with his computer skills and IT self-education, he was able to secure that job.

“I knew if I combined my IT skills with the top-secret security clearance, I would get paid ridiculous amounts of money. They no longer cared that I hadn’t graduated from college,” Snowden told Joe Rogan.

In fact, the University of Maryland’s Center for Advanced Study of Language where Snowden worked as a security guard was actually an NSA facility, as revealed by him.

“I knew if I combined my IT skills with the top-secret security clearance, I would get paid ridiculous amounts of money. They no longer cared that I hadn’t graduated from college.”

After a short while, Snowden attended a job fair (only meant for people with top security clearance) and got in touch with a subcontractor for the government which put him in a senior technical position handling systems administration in the CIA headquarters. This was in 2005 when he had turned 22.

“I was handling basically the CIA servers – where all critical data is stored, and the reporting is stored,” Snowden recalled.

Impressed by Snowden’s IT skills, CIA then asked him to work overseas to which he agreed and was stationed in Geneva, working as a network security analyst for the US embassy’s computer systems.

Snowden Then Moved To NSA

In 2009, Snowden started working for Dell in Maryland as a senior technical officer on the company’s sales account with CIA and other intelligence units. During his four years at Dell, he was talking to Chiefs from different CIA divisions, CTOs and CIOs from various agencies.

“It was my job to pitch them computer systems. What we pitched was a private cloud system for the CIA. The whole thing was how much money can we get out of the Government. But Amazon beat Dell to secure the contract” Snowden disclosed.

It is to be noted that investigators had earlier revealed that it was during his tenure at Dell that Snowden had started collecting documents which proved the US government mass surveillance programs. Some estimates say that out of 200,000 papers shared by Snowden with journalists, 50,000 were copied when working at Dell.

In 2012, Snowden was reassigned by Dell to lead NSA’s Office of Information Sharing in Hawaii. As a sole employee in the unit, he came up with the idea for a new system which he calls the “Heartbeat”. The system connected all data repositories in the intelligence community both at the NSA and across network boundaries.

Snowden told, “Because I worked at the CIA and the NSA, I knew well enough both sides of it, I could actually connect these together and build bridges across the two network space and draw all of these records into a new kind of system which aggregated records.”

In his off time at NSA’s Office of Information Sharing, he also helped the system admin team that sat on Windows Networks. “Because I had been a Microsoft Certified Systems Engineer and those guys always had way too much work,” said Snowden.

Another shocking thing revealed by him was that he did as a side gig during his time at NSA, involving something he called Dirty Word Searches. “I did some side gigs and one was it was something called dirty word searches as a privileged access user. Dirty word searches were this kind of automated queries which I would set up to go across the whole network,” he replied.

It was this work on Dirty Word Searches that finally led Snowden to discover the biggest classified project — Stellar Wind — which he described as containing the information on how millions of US citizens were being surveilled using mobile phones.

“One day, I got a hit on the dirty word search for a program that I had never heard of called Stellar Wind.”

This discovery changed everything for him as it gave him enough access to evidence he needed to disclose the surveillance programs.

Snowden has been living in Russia under exile ever since, having made violations under the Espionage Act of 1917 and relinquishing an annual salary of $200,000 for whistleblowing. Joining JRE Podcast via video conferencing, Snowden promoted his memoir Permanent Record  in which he has written about his journey as a government-hired technologist who turned into a global privacy advocate.

Deep Dive: How Simpl Is Redeeming Non-Transacting Users With The Power Of Data

10 Paid Data Science Internships You Can Apply For Right Away